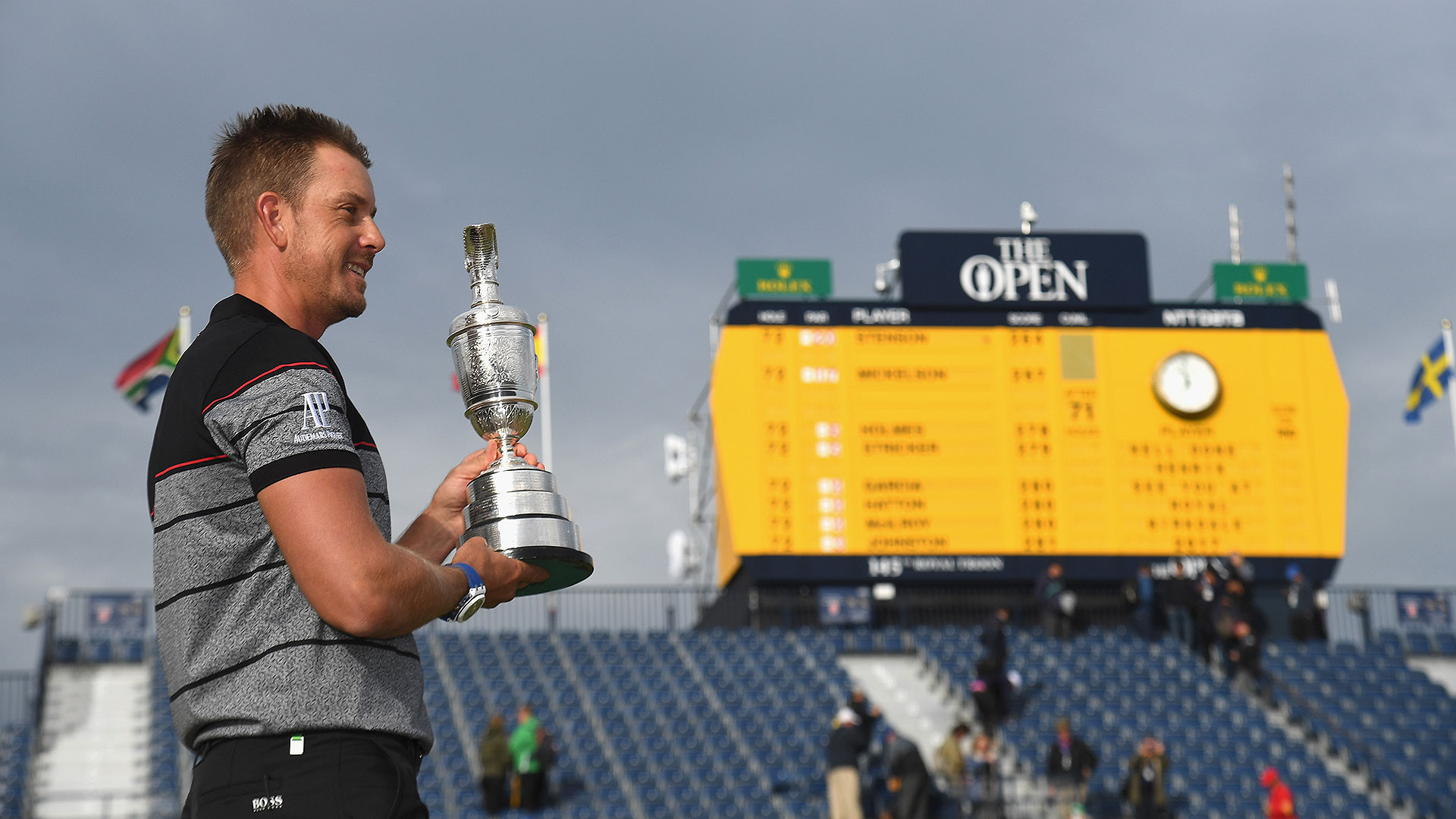 Soon after Tiger Woods had finished off his 1997 masterpiece at Augusta National, winning the Masters by 12 shots, he was asked if there was any possible way he could play better than he had during that memorable April weekend.

Woods smiled and shrugged his shoulders. “Well,” he said, “I did shoot 40 on my first nine holes.”

If someone had asked Henrik Stenson on Sunday evening at Royal Troon if there was any way he could possibly have played better on his way to an historic final-round 63, he might well have said, “Well, I did three-putt twice.”

In a sense, those two three-putts are what make Stenson’s victory in the 145th Open so amazing. Phil Mickelson, the man he beat in one of golf’s great duels, played a flawless round: an eagle, four birdies and no bogeys en route to a historic 65. If not for Stenson, they’d have written songs and made documentaries in future years about Mickelson’s performance at Troon.

They’ll still make the documentaries, but Mickelson will have to settle for the award as best supporting actor. This was Stenson’s star turn and it was both a long time coming and more than well deserved.

The irony is that Stenson’s nickname, the Ice Man, doesn’t fit him at all. Oh sure, he rarely shows emotion on the golf course and his eyes, the proverbial windows to the soul, are often hidden behind sunglasses.

It’s amazing what sunglasses can do to a player’s image: David Duval was always thought of as cold and reserved in large part because he almost always wore sunglasses when, in truth, he’s both warm and funny. And smart. Stenson is all those things. He also has a temper, which has on occasion, caused golf clubs to come to sudden, violent ends.

He’s also resilient. Three years ago, after an epic post-round locker room meltdown in Chicago, he came back a week later to win the Tour Championship in Atlanta.

Of course, playing poorly in Chicago was a tiny blip compared to other events in his life.

The ups and downs in his career, on and off the golf course, are well documented. The plunge he took after a swing-change not long after his first victory in Europe; the even-deeper dive he took shortly after he had won the 2009 Players Championship – a drop that took him from a ranking of No. 4 to No. 230 in the world.

That slump – slump being a vast understatement – was caused by two potentially life-altering events: the loss of about $8 million in the Stanford Investments Ponzi scheme in 2009 and the loss of about 25 pounds of muscle after a bout with viral pneumonia brought on by coming into contact with a water-born parasite while on vacation in the Maldives.

Either disaster – financial or health – would have ended many careers. Stenson came back from both. If he’s justifiably bitter about having so much money stolen, he rarely shows it. “I was one of the lucky ones,” he said. “I had the chance to recover from what happened. A lot of people didn’t have that chance.”

He recovered emphatically in 2013 when, after finishing second to Mickelson at Muirfield, he won both the FedEx Cup and the Race to Dubai. In all, he won close to $18 million in his last 11 tournaments that year.

But if the hole in his bank account was comfortably filled by his play three years ago, the hole in his resume – the lack of a major title – remained. Unlike a lot of players who play the, “you know I’ll be very happy with my career if I don’t win one,” game, Stenson took the opposite tack.

“It would be silly for me to pretend it doesn’t matter,” he said, sitting in a Charlotte restaurant a couple months ago. “I can count. I just turned 40. I only have so many more chances left. I think I’m playing well enough to get into contention and, if I do that, I hope I can close the deal.

“I thought I had a real shot at it at Muirfield three years ago, but Phil just played too well that day.”

Which is why, as much as he likes and respects Mickelson, Sunday at Troon had to be about as sweet as it gets. Which is also why, disappointing as it was for Mickelson to lose, he could understand why the victory meant so much to Stenson.

“He deserved it,” Mickelson said. “He’s a really good guy and a great champion.”

There are all sorts of numbers that put into perspective the show the two men put on with the world watching.

There was more: in golf’s greatest crucible – a Sunday in contention at a major – Stenson beat everyone in the field not named Mickelson by four shots. Rory McIlroy had the only 67. Thirteen players broke 70 among the 81 who teed it up Sunday and seven of them shot 69. Stenson and Mickelson went way low on a golf course that was a long way, literally and figuratively, from the desert courses of the Coachella Valley.

There will, no doubt, be much gnashing of teeth among golf fans about Mickelson’s loss. It isn’t a coincidence that the player he is most often compared with is Arnold Palmer, both in playing style and fan appreciation. Mickelson has spent years courting the public and has been re-paid for that with status as one of the most beloved players of all time.

For years, he practically blew off The Open, feeling he just didn’t have the game to win on links courses. Plus, he didn’t enjoy making the overseas trip. He would frequently fly on Monday night, practice on Tuesday afternoon and Wednesday, then tee it up Thursday.

“I’m just not that comfortable over here,” he said, standing on the putting green at Troon in 1997. “It takes me time to adjust to the time, to the weather, to the roundabouts, to the food and to the showers. Not to mention the golf courses.”

The next day, Mickelson shot 76 before bouncing back to finish T-24. Seven years later, on the same golf course, he finished third, one shot out of the Todd Hamilton-Ernie Els playoff. That close call changed his attitude. He began coming over early, playing in the Scottish Open to get used to all the differences and to embrace them. Nine years later, he won both the Scottish and The Open, his Sunday 66 at Muirfield perhaps his best round of major championship golf ever.

Now, he’s an adopted Scot, beloved there as almost everywhere else. He is the unquestioned leader of the American Ryder Cup team, the group’s “papa bear,” as Zach Johnson calls him.

But inside the locker rooms of both the PGA and European Tours, there’s probably no one better liked than Stenson. He’s famous for his pranks and his one-liners. In 2014, after his spectacular 2013, Golf Digest’s Franz Lidz asked if what he’d accomplished had changed his life much.

“Mostly it’s changed the amount of media attention I get,” Stenson said, deadpan. “Before, I rarely had more than five people come in when I was in the interview room. Now it can be as many as seven.”

Those days are now long gone. Stenson will get plenty of attention from the media in the future. More important, his legacy now has the exclamation point he wanted, and deserved, for so many years.