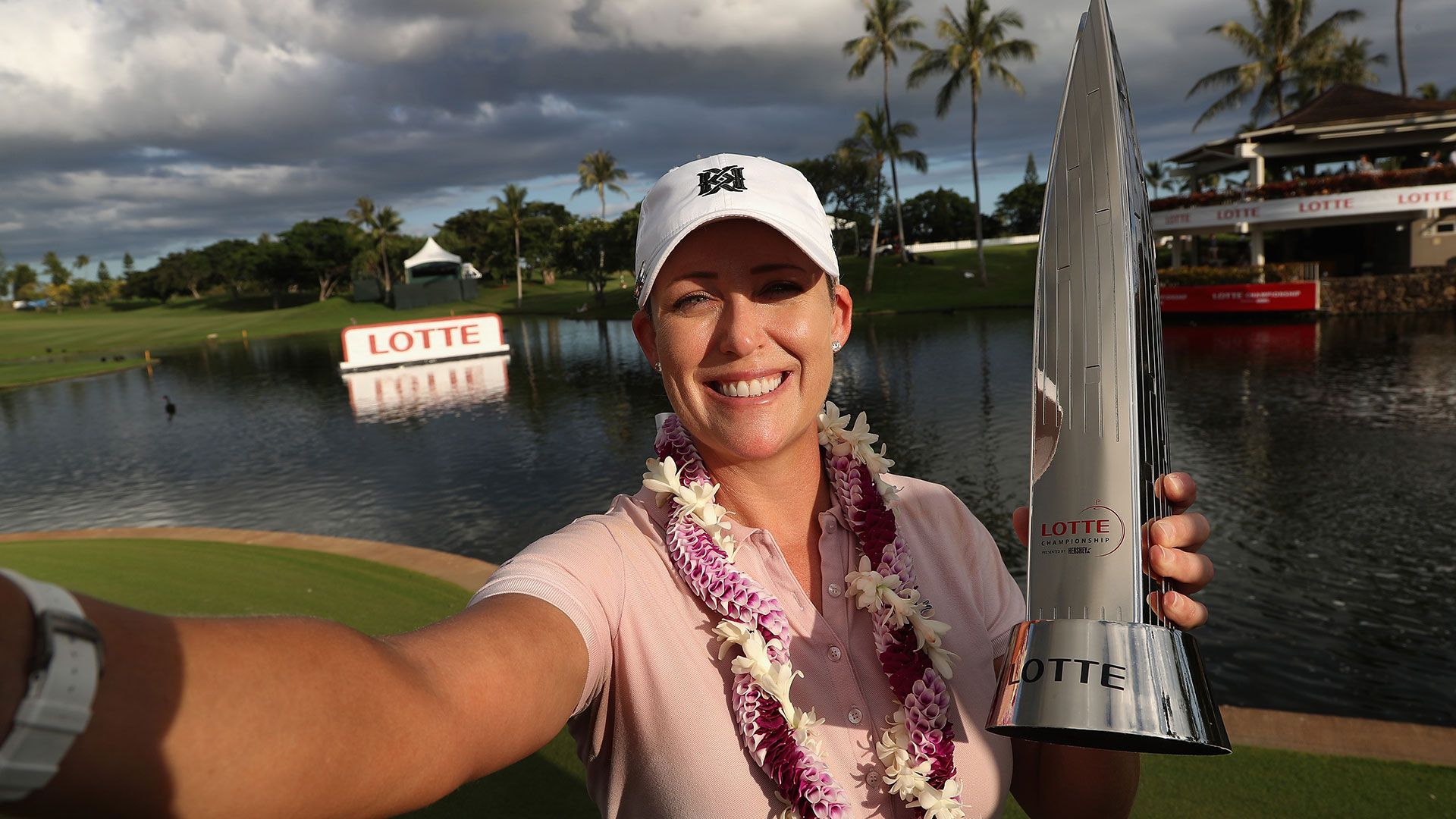 Cristie Kerr is the best American player of her generation, but her quest to qualify for the LPGA Hall of Fame remains an uncertain challenge as she nears her 40th birthday later this year.

If Kerr doesn’t make it, we might never see another American get into the LPGA Hall of Fame.

Yeah, OK, that’s over the top, but it's intentionally so, with the suggestion meant to drive home a point.

The LPGA’s Hall of Fame has long been the most difficult in sports to make, and it’s getting more difficult with each passing year.

The LPGA has changed dramatically since its 27-point qualifying system was put into place in 1999, but the LPGA Hall of Fame hasn’t yet reacted, though there is an internal review going on now.

Where World Golf Hall of Fame voting in its past configuration was, perhaps, too subjective, the LPGA’s point system is too objective.

Can you really measure greatness solely by points or numbers?

The LPGA’s Hall of Fame review committee needs, at the very least, to rebuild its veterans committee, which inexplicably lapsed into dormancy, going 10 years now without being reorganized. The veterans committee was created to consider exceptions, players who didn’t meet the Hall of Fame points requirement but who were worthy of subjective consideration.

And there are lots of players worthy of consideration as exceptions.

For example, only five of the 13 LPGA founders are in the LPGA Hall of Fame. They all ought to be in there regardless of how many events they won. They founded the organization. There’s greatness alone in the sacrifices they made.

Lorena Ochoa easily surpassed the LPGA Hall of Fame point requirement, amassing 37 points, but she didn’t meet the 10-year tour membership requirement. She ought to be voted in by a reorganized veterans committee.

Laura Davies has 25 points, but she didn’t compete in as many LPGA events as she could have early in her career because she played so much internationally and wanted to support the Ladies European Tour. She deserves LPGA Hall of Fame membership based on what she has meant to Europe’s contribution to the LPGA.

Japan’s Ayako Okamoto didn’t start playing golf competitively until she was 22, then dominated in Japan but didn’t join the LPGA until she was older. She was 30 as an LPGA rookie but went on to take 17 LPGA titles, becoming the first international player to win the LPGA Player of the Year Award and the first win LPGA money title. She’s an LPGA pioneer.

Sandra Palmer, Hollis Stacy, Meg Mallon, Jane Blalock and Beverly Hanson are players who came up short on qualifying requirements but are worthy of having their records reviewed by a veterans committee.

With 21 points, Kerr is the leading active American outside the LPGA Hall of Fame. A player gets one point for an LPGA victory, two if it’s a major, and one point for a Player of the Year Award or Vare Trophy. Kerr’s 19 titles include two majors.

As for the crack about no Americans ever getting in again, Stacy Lewis definitely has a chance, with 17 points. That’s 11 LPGA titles (two of them majors) with two Player of the Year Awards and two Vare trophies. Lexi Thompson also has the potential at just 22 years old.

The thing is, it’s tougher to win an LPGA event today than it was 20 years ago, a lot tougher than it was 30 years ago and there’s no comparing today’s game to the LPGA of 40 and 50 years ago.

This isn’t meant to denigrate the achievements of a golden era of American players who earned their fame, but the explosion of the international game in women’s golf makes it a lot harder to win today than it was for Babe Zaharias, Betsy Rawls, Patty Berg, Louise Suggs, Mickey Wright, Kathy Whitworth, Pat Bradley, Patty Sheehan, Nancy Lopez and that early American contingent that dominated Hall of Fame qualification. Again, that’s not to say they weren’t great and wouldn’t be great today, it’s just an acknowledgment of how much deeper international players make today’s game.

Annika Sorenstam was the first international player to get into the LPGA Hall of Fame in ’03.

The LPGA point system is fine, as long as there is a veterans committee considering the records of retired players. Without that, is too coldly objective.