Wells Fargo is anyone's for the taking 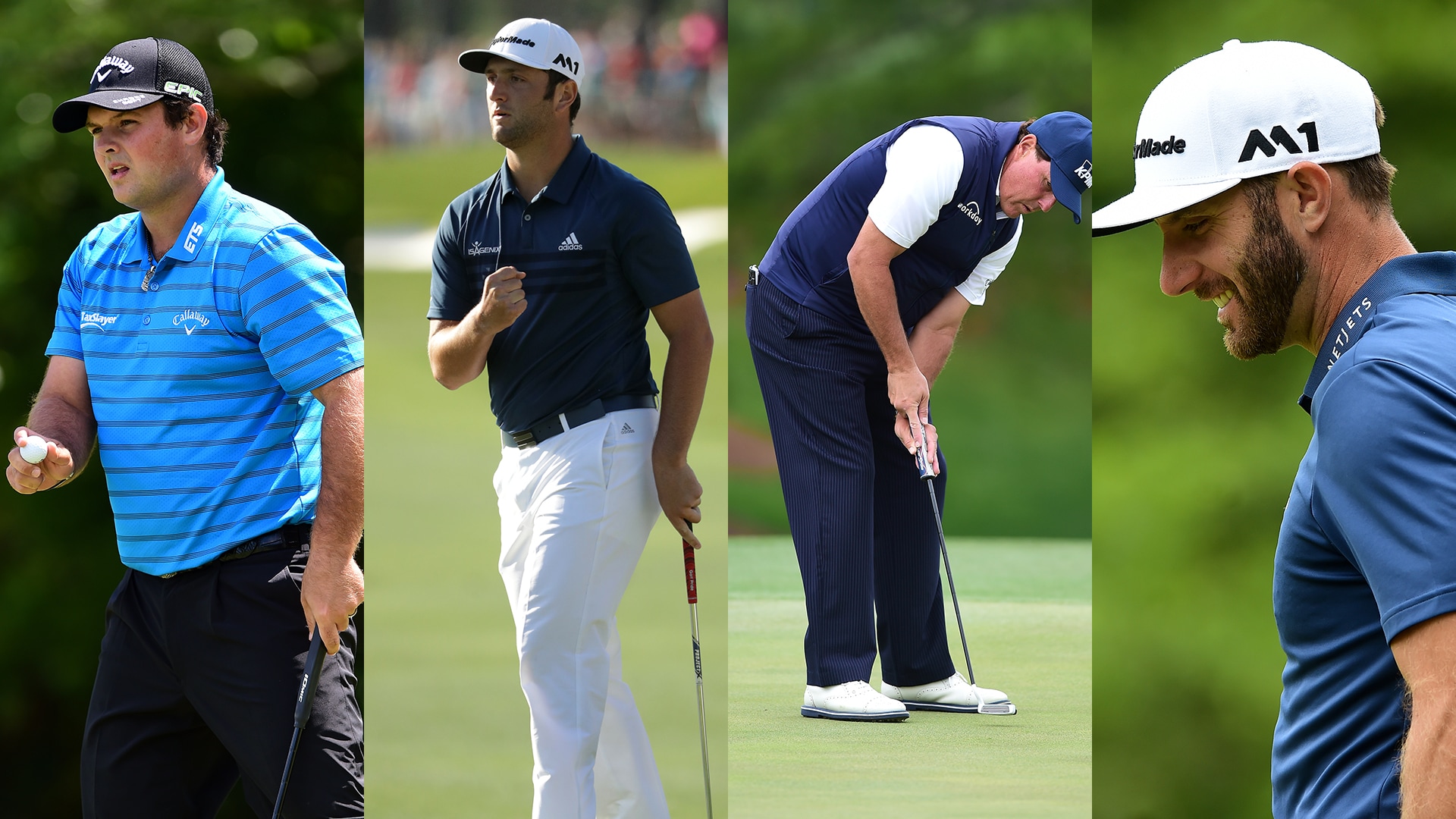 WILMINGTON, N.C. – The uncertainty of a new venue this year at the Wells Fargo Championship has given way to an entirely different kind of uncertainty.

After three blustery days at Eagle Point Golf Club, Patrick Reed wrested himself away from the pack thanks to a pair of closing birdies to take a one-stroke lead over Jon Rahm and Alex Noren.

But that’s just the leading edge of the traffic jam that’s formed at the Wells Fargo Championship.

All told, there are 28 players at or within five shots of the lead entering the final round, a group that includes world No. 1 Dustin Johnson and Phil Mickelson.

“Not many,” Reed said when asked if he’d ever played in an event with so much congestion heading into the final frame. “Normally a couple guys separate themselves from the pack, but it’s just going to mean it's going to be more fun on Sunday.”

Fortune plays a role in every event. Sometimes you get the game’s best in a photo finish, sometimes you get a six-hole playoff that ends in the dark between two players your average golf fan couldn’t pick off a tee sheet.

Uprooted from its historic home at Quail Hollow Club, where the tournament had been played since it began in 2003, to make room for the PGA Championship in Charlotte later this summer, there was a general sense of unpredictability to the event’s cameo on the North Carolina coast.

Eagle Point was an unknown element at an event that had made a name for itself by identifying champions from the top of the game’s marquee. From Tiger Woods (2007) to Rory McIlroy (2010 and ’15), Quail Hollow delivered power players whose aura exceeded the sum of their games.

How Eagle Point measures up will ultimately be decided on Sunday, but for 54 holes a clearer, albeit difficult to define, picture has emerged.

Among the front-runners there is an eclectic mix of long and short, calculated and cavalier.

From newcomer Rahm, who is second in the field in driving distance this week with a 304-yard average, to Noren, who ranks 48th off the tee at a 282-yard clip; to Zac Blair, first in strokes gained: putting, to Francesco Molinari, who is second in greens in regulation, there is no rhyme to Eagle Point’s reason.

“We don’t play that many courses out here where we get the conditions like this where the greens are really firm,” said Blair, who is in a large group tied for eighth place at 5 under par. “You have to hit good golf shots. You just can’t hit it right next to the pin and it will stop right next to it. You have to think about it a little bit.”

Blair compared Eagle Point to Harbour Town Golf Links, the cozy confines that hosts the RBC Heritage, and the need to be precise with any shot, be it a full iron or a chip, into the pitched putting surfaces.

But then the most often used comparison this week is Augusta National, which seems grossly unfair but apropos nonetheless.

“When you look from the green back to the tee box, it looks exactly like Augusta,” said Mickelson, who rallied with a 69 on Day 3 to move into a tie for 14th at 4 under. “I mean, Augusta's Augusta, there's nothing like it, but this has a lot of the same visuals and a lot of the same shots.”

Given the ability to dial Augusta National in for dramatic finishes year after year, that’s a good sign for Eagle Point and the overcrowded cast assembled atop the leaderboard.

So far Eagle Point has delivered, bringing together one of the year’s most eclectic leaderboards with the most unique of qualities. While the vast majority of PGA Tour stops reward power over everything else, the Tom Fazio design allows for a more a la carte focus of divergent games.

“I think the biggest thing is a lot of the holes you can hit driver, but for the long hitters it's probably not the smartest play so they're having to kind of play it back to some yardages,” said Reed, whose 67 tied for the low round of the day. “With how the wind's blowing, longer hitters normally hit it higher in the air so the ball's going to be more affected. The guys that don't hit it as far can flight it a little bit.”

Whatever the elements of Eagle Point’s layout that reward equal parts power and precision, it’s certainly proven itself a worthy understudy of Quail Hollow and set the stage for a wildly uncertain Sunday.