For the USGA, brown is the new beautiful 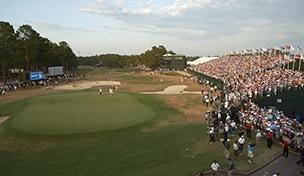 The text message arrived just as eventual champion Martin Kaymer was making the turn on Sunday at the U.S. Open: “What is wrong with that course? Is it supposed to look like that?”

While that opinion on Pinehurst No. 2’s conditioning and aesthetic value was a common theme in social media circles last week, the sourcing of Sunday’s scathing review was a bit surprising.

Your scribe’s mother-in-law has had a regular Friday morning round since we can remember, and she is something of a bandit on the course thanks to a travelling handicap. And, it seems like much of the American golf populace, she likes her golf courses green and gorgeous.

The U.S. Golf Association always knew its new “brown is the new green” initiative would be a hard sale to a generation of golfers conditioned to think that every course should look like Augusta National, but not even consensus builder Mike Davis could have envisioned the armchair pushback that the retrofit No. 2 caused.

“What we really are after is a couple of things. One is just less water used on golf courses, firmer conditions,” the USGA executive director explained late Sunday.

“That doesn't mean we're looking for brown golf courses. Some golf courses with some type of grasses, if they get brown they are going to die. The other thing is just trying for less manicured golf courses when you get off the fairway, so the concept of the maintenance down the middle is to literally reduce some of the costs and so on.”

That kind of altruism, however, didn’t seem to register with many who depend on 140 characters to make their point.

Perhaps the most disappointing, and loudest, voice of discontent came from Donald Trump, who for better or worse has became a major player in golf with his connection to Doral (site of an annual WGC event) and the news earlier this year that two of his courses – Trump National-Bedminster and Trump National-Washington, D.C. – will host the 2022 PGA Championship and 2017 Senior PGA.

“The only reason I am critical of the Pinehurst look is because I’m a lover of golf, and that look on TV hurts golf badly,” Trump tweeted Monday, followed by a second tweet Wednesday, “I was right. TV ratings for (the) U.S. Open are way down from last year. People don’t want to look at a burned out, ugly course.”

“The Don” seems to have missed the point.

Davis & Co. are not “Chicken Little” types. Perhaps the sky isn’t falling at one of Trump’s opulent clubs, but sustainability and affordability are two of the biggest challenges facing the game right now.

As Davis pointed out, the dry and dusty look isn’t for everyone, particularly at northern courses that must use grasses that can’t sustain the parched conditions like Pinehurst. Nor did the USGA expect everyone to jump on the bandwagon.

“By having the national championship of the United States at a golf course like this, I don't think you ever change public perception overnight, but over time if we go places where we show there are options and there are sustainability issues, it helps move that perception somewhat,” said Dan Burton, chairman of the USGA’s championship committee.

The dust bowl that Pinehurst turned out to be was never going to be everyone’s brand of vodka, particularly those who grew up watching replays of the ’99 and '05 Opens on the No. 2 course.

Trading 35 acres of Bermuda grass rough for sprawling natural areas dotted with wiregrass was always going to be a gamble, the architectural equivalent of putting a mustache on the Mona Lisa.

But the playability of the parched turf was beyond question. Ben Cranshaw and Bill Coore’s handiwork was almost universally applauded by players, which is always the ultimate litmus test for an architect, if not the viewing public.

Trump and his army of Monday morning quarterbacks should also prepare themselves for this new normal.

Unless North Carolina’s sand hills endure a monsoon the next few days, it will be more of the same for this week’s U.S. Women’s Open and next year’s U.S. Open at Chambers Bay – a links-like layout in Tacoma, Washington that had a similarly brown and bouncy look when it hosted the 2010 U.S. Amateur.

And don’t forget next month’s Open Championship at Hoylake, which is still referred to as Royal Yellow Brick Road in some circles following the great Dust Open of 2006.

“I would contend and many other people would contend that it makes for more interesting golf when you do that,” Davis explained to a group of largely deaf ears.

If last week’s fallout was any indication, it will take some time to change the public’s perception of what a golf course should look like. But know this – brown, at least for some national championships, is here to stay. Just don’t tell our mother-in-law. 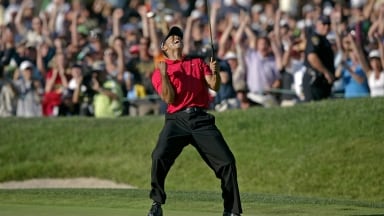 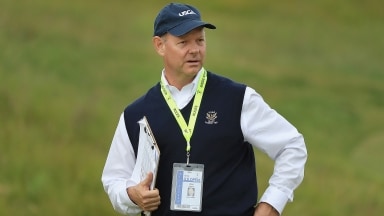