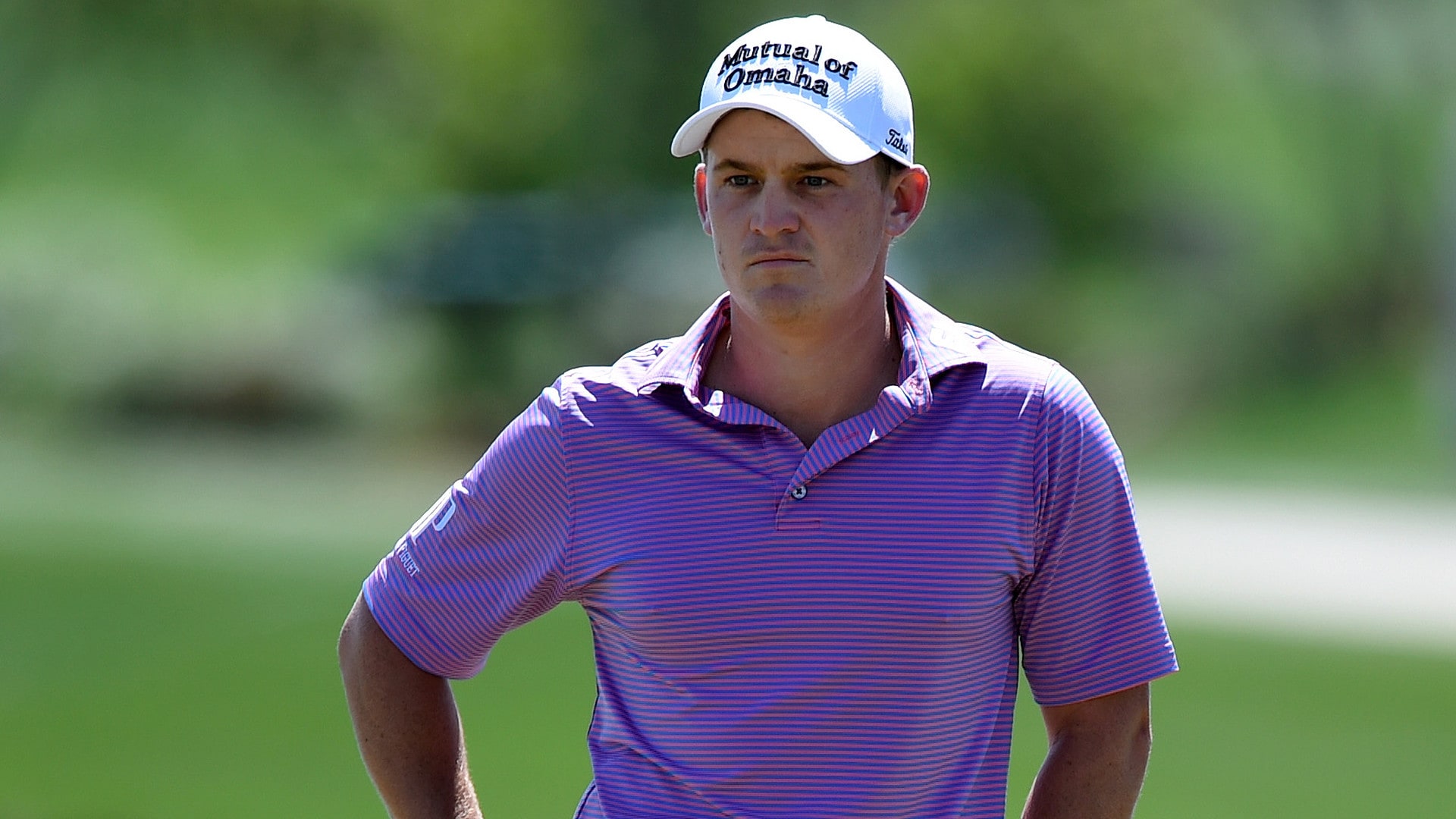 Once he regained consciousness, the first thing Bud Cauley noticed was that it was difficult to breathe.

At 11:04 p.m. on June 1, after missing the cut at The Memorial, Cauley was one of three passengers in a BMW M6 that Dublin, Ohio, police say lost control, flew off the right side of the road, hit a culvert and went airborne before slamming into a large tree, flipping onto its right side, plowing over several smaller trees, crossing a driveway and eventually landing in a ditch.

The 20 minutes after the horrifying crash are hazy, but Cauley soon learned of his injuries: collapsed lung, six broken ribs, fractured leg. At the hospital he watched helplessly as doctors tied his arm to the back of the bed, sliced open his chest and inserted a tube to re-inflate his lung.

“Waking up outside of the car confused and in pain, having a hard time breathing, not knowing how badly I was hurt and knowing what quality of life I’d have, that was a pretty scary thing,” Cauley said. “It was the scariest night of my life.”

Four months later, he is playing this week’s season-opening Safeway Open, his first start since the accident. During a phone interview this week, the 28-year-old said that, above all, he feels fortunate – not only that he survived, but that he can even approach this season with a new perspective, after the game he’s played his entire life was nearly taken from him without warning.

News of Cauley’s serious condition spread throughout the locker room that week at Muirfield Village. Justin Thomas, one of Cauley’s closest friends, was shaken up and said that he thought about him on “every shot.” Jack and Barbara Nicklaus visited Cauley at the hospital, where he stayed for six days.

Cauley couldn’t fly home to South Florida because the cabin pressure in the plane could deflate his lung again. So he drove with his parents to their home outside Nashville, Tenn. He crashed there for a few weeks, spending most of his day icing his leg and blowing into a breathing machine. He took short walks around the neighborhood, helped put together a thousand-piece puzzle, and watched movies and TV shows, though he stayed away from comedies, because it hurt to laugh.

After a month, Cauley began physical therapy in Jacksonville, Fla., where he rode a bike to strengthen his leg, completed core exercises to support his midsection and did light cardio to build up his stamina. He had endured a lengthy rehabilitation process before – he tore the labrum in his shoulder in 2014 – but these injuries created more unknowns.

“The whole thing sucked,” he said, “and some days were better than others. It was mostly me just worrying about it and wondering if I’d ever get back.”

Cauley’s side was so swollen – four of his six broken ribs now had a metal plate – that he could feel it rubbing against his arm when he bent over to address a putt. It was painful to swing a club, and he wondered if he’d have to manage that discomfort forever. Under the supervision of swing coach Matt Killen, he began hitting balls about two months after the accident – first with 30 balls up to a pitching wedge, then with 60 balls up to a 7-iron. Bracing for the possibility of having to change his swing, to move away from pain, he surprised himself with his range of motion and speed.

“It went about as well as I could have hoped for,” he said.

And so Cauley targeted the Safeway for his return to competition. Unlike most who suffered an injury during the season, he didn’t have to take a major medical extension because he still was able to remain inside the top 125 in FedExCup points, enough to keep a full card. He’ll play in Napa, take a few weeks off, then close out the year with three starts in a row, in Vegas, Mexico and Sea Island.

“I couldn’t be more pumped for him,” Thomas said. “He’s worked so hard to be ready for this event, so to have him there is great. Safe to say I’ll be his biggest fan this week.”

After rehabbing his collapsed lung and cracked ribs and fractured lower leg, Cauley said that he feels 100 percent healthy. His main concerns now are managing his excitement and stringing together scores – and he realizes those are good problems to have, after his life-threatening accident four months ago.

“You never think anything bad is going to happen to you until it does,” he said. “It changed my perspective on a lot of things, on just how fragile life can be. One minute everything is fine, and the next you’re worrying about the rest of your life and not being able to do something that I’ve always loved and assumed I’d be doing forever. I definitely don’t take that for granted.”