DJ trying to extend one streak, end another 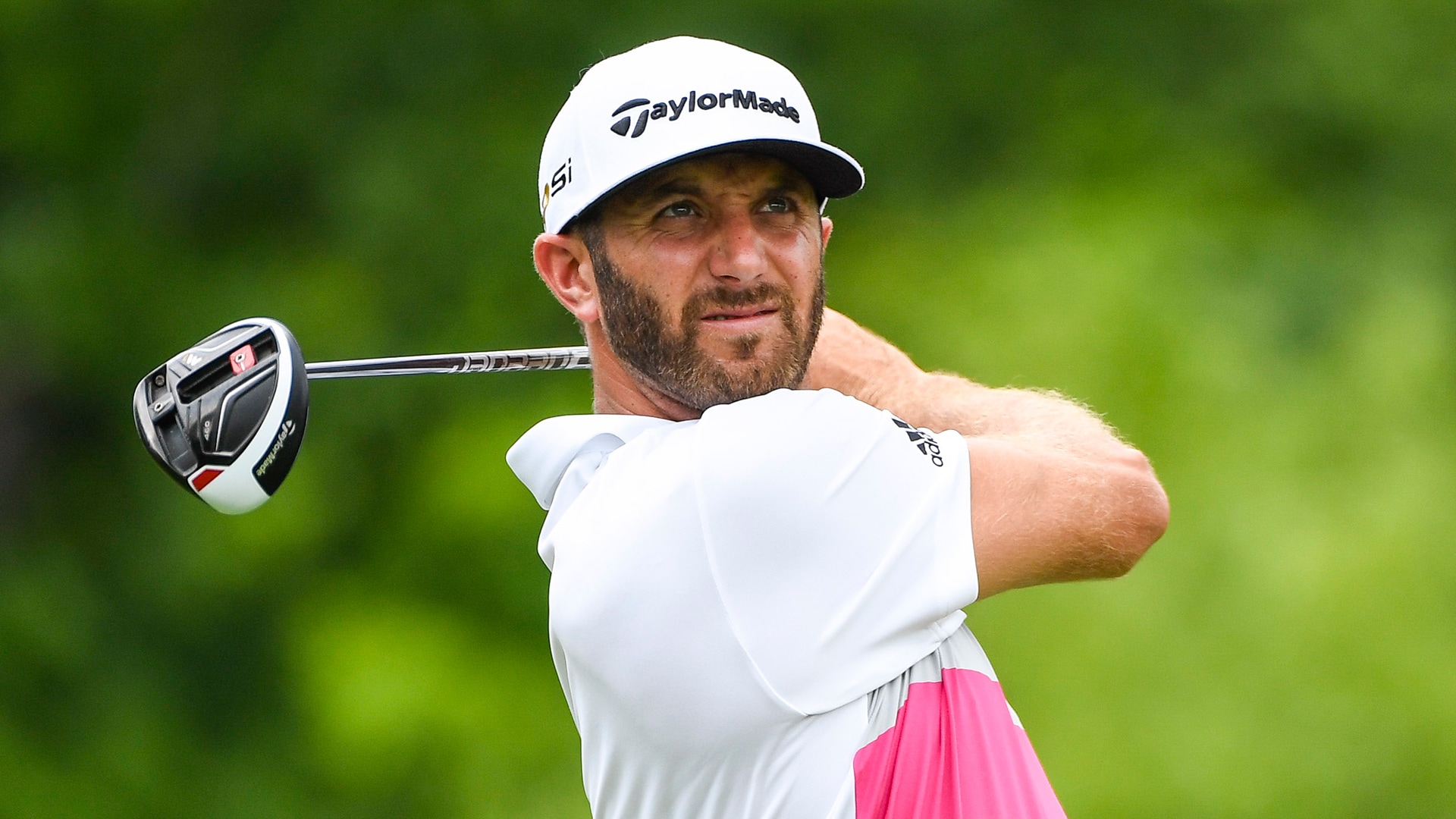 DUBLIN, Ohio - When he was asked about the latest version of the Big 3, Memorial Tournament host Jack Nicklaus was quick to point out there are plenty of talented players not far behind Jason Day, Jordan Spieth and Rory McIlroy.

Dustin Johnson reminded everyone Thursday at Muirfield Village that he is one of those players.

He made 10 birdies against two bogeys for an 8-under 64 and a one-stroke lead over Brendan Steele, who finished with a birdie on 17 and a hole-out eagle on 18 for a 65.

Johnson combined his massive length off the tee with some improved wedge play and added a hot putter for his lowest score in 31 rounds at the Memorial.

“With me, it has everything to do with the putter,” said Johnson, who took 26 putts in Round 1. “I rolled it well today, and you know, even throughout the year, the days I putt well, I play well. I've been working pretty hard on the putter, and I felt like it's finally starting to pay off.”

It couldn’t come at a better time.

Johnson is looking to extend one streak this week and end another in two weeks at the U.S. Open.

The 31-year-old bomber has won nine PGA Tour titles and at least one every year since 2008.

But none of those nine trophies is a green jacket, a U.S. Open trophy, a claret jug or a Wanamaker.

Johnson’s missing major keeps him from being among the Big 3 discussion. It’s a place everyone thinks he should be - he has 11 top-10s in the majors - but for whatever reason he’s yet to get it done in one of the four biggest events on the schedule.

“I think that Dustin Johnson is arguably the most talented player on the PGA Tour,” Spieth said this week. “I think it's a matter of time. I think he's a freak athlete. I think he's not only a freak athlete, but a freak golf athlete, like he has great hands, great clubface control. I mean, he hits some shots where you won't see anybody else trying to.”

“I felt like I just played well right out of the gates,” he said. “I hit great shots in the right spot on the greens and rolling in some putts. I hit it close on the first three holes and made all three of them, so that's always a good way to start your day.”

The big question over the next three rounds will be whether Johnson can keep his putter hot.

Johnson hasn’t won since the 2015 WGC-Cadillac Championship, which seems like an eternity for a player of his talent. He’s already recorded six top-10s this season and his game seems like a perfect fit for Muirfield Village.

The fairways are generous. The par 5s are not long. And the greens are some of the best on Tour.

“For the past few years, I feel like my golf game in total has been solid and consistent,” Johnson said. “Every week I feel like I'm up there, and I've got a chance to win. With this game, you've got to make putts.”

It will be the key to extending his PGA Tour winning streak, ending his major slump and perhaps vaulting to the top of the world rankings.

But Johnson is not one to look ahead to Oakmont - or back to Chambers Bay - when he has a big opportunity in front of him.

“I'm playing the Memorial,” he said. “So I've got a lot of other things to worry about than the U.S. Open. I'll worry about it when I get there.”