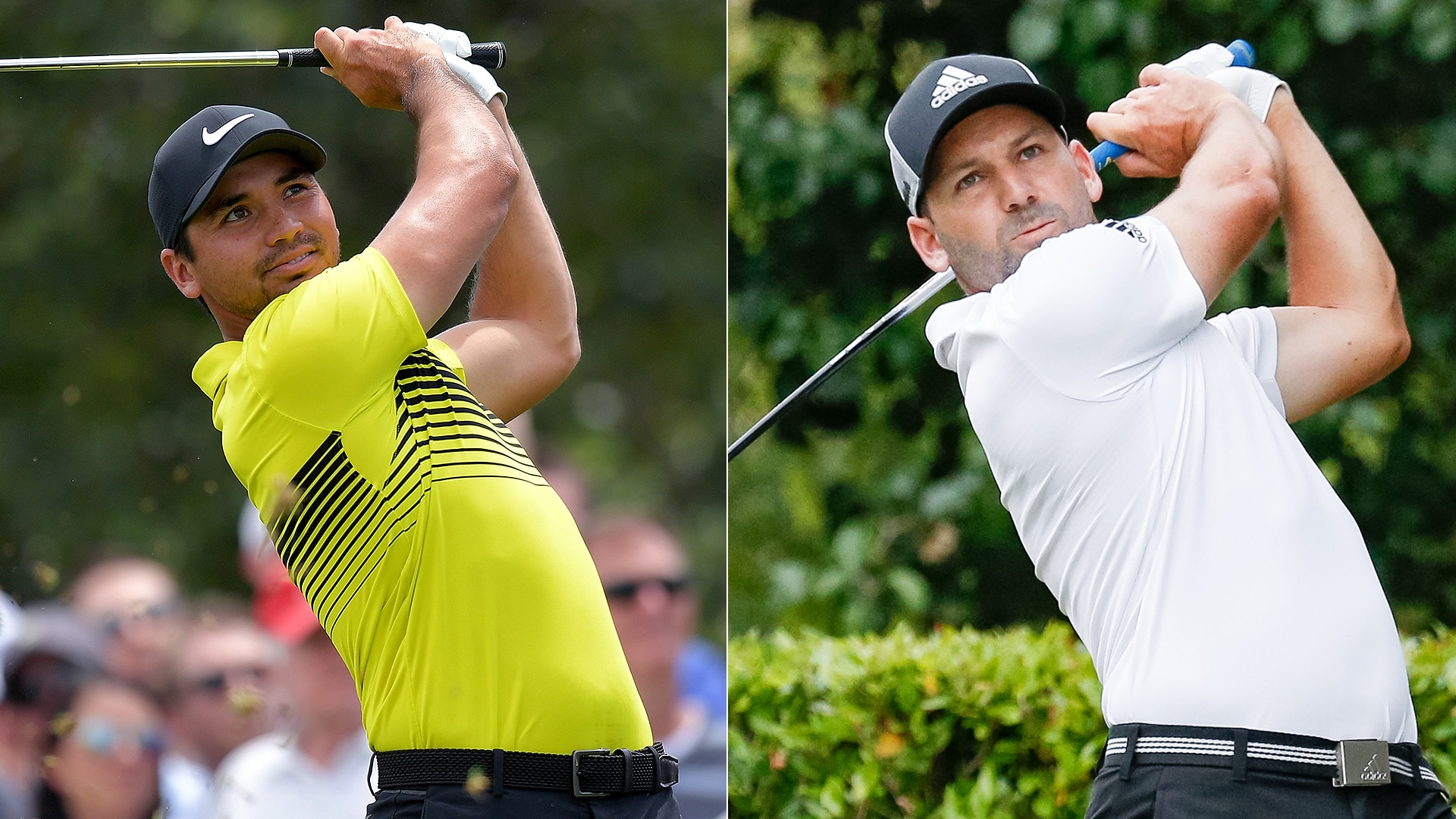 As his ball gently fell over the slope, the low buzz of the crowd grew louder and louder.

At 6 feet from the hole, Day raised his arms as he sensed something big was about to happen.

When the putt disappeared into the cup, Day let out a celebratory scream that was drowned out by the well-oiled fans surrounding the signature hole at the TPC Four Seasons.

“It was a very, very loud roar,” Day said after signing for a 7-under 63 that left him two strokes behind James Hahn at the AT&T Byron Nelson. “It's really cool to be able to do that again. Just goes to show that you can never really underestimate holing putts like that because it's just such a cool feeling.”

With his eighth birdie on Saturday, the former Dallas resident pumped his fists in the air and gave the tournament a serious jolt of excitement after the third round started with Jason Kokrak threatening to run away from the field.

Nursing a five-shot lead, Kokrak tripled the par-3 fifth  and opened the door for his fellow pros.

Day’s performance matched the boldness of his wardrobe - an electric yellow shirt and black pants. He dropped five straight birdies on Nos. 7-11, and he almost made it six in a row, but he missed a 7-foot putt on 12.

“I thought it was going to keep on going the way I was playing,” he said. “Felt really good.”

After his lone bogey at the par-4 14th, the 2010 Nelson champ just missed an eagle putt from 13 feet at the par-5 16th and he briefly tied the lead with his thunderous putt on 17.

“I've been in this position before, especially at this golf course,” Day said. “I'm looking forward to the challenge tomorrow. It's going to be a lot of fun. It's been awhile since I've been back in the spotlight.”

Day wasn’t the only player to make a big move on Saturday.

Hahn began the week with a 6-under 64, shot even par Friday, and then he came roaring back in Round 3 with another 64 to take a one-stroke lead over Billy Horschel into the final round.

Hahn started his round by dunking a pitch shot for birdie at the par-4 third, and he made five more coming in to finish in the pole position.

“Anytime you're under par after nine holes, you're kind of freed up a little bit, and I feel like I did that today,” Hahn said. “Made some good decisions. Wasn't too aggressive with my approach shots. Felt like I could have made a couple extra putts coming down the stretch. Definitely happy with how I finished off the round today.”

He’ll be joined in the final group by Horschel, who was back to his fiery self, closing with three consecutive birdies for a 4-under 66. A new putter and a smoother tempo broke Horschel out of a slump following four straight missed cuts.

“It's been a tough four to six weeks, probably the toughest stretch of golf I've had since early in my career,” Horschel said. “It's nice to be seeing the signs of the fruits of labor, because we've put a lot of hours in.”

After a birdie at the par-5 16th, Horschel slapped his club to the ground when he saw his tee shot at 17 head left toward a greenside bunker. The 2014 season points champion provided another explosion of noise at the par 3 when he slammed his bunker shot into the hole for birdie.

“I think if I missed it would have been 5 feet by,” he said.

Horschel added one more birdie on 18 to put himself in a great position for his fourth PGA Tour tile and first since he earned a $10 million bonus at the 2014 Tour Championship.

Sunday will mark the final edition of the Nelson at TPC Four Seasons before it moves to nearby Trinity Forest, a new Bill Coore-Ben Crenshaw design south of downtown Dallas.

Along with the colorful personalities of Hahn and Horschel, and the star-power of Day, the finale at Las Colinas will have another intriguing storyline.

Defending champion Sergio Garcia is not going down without a fight. A month after capturing his first major at Augusta, the Spaniard is only four back after he polished off a 6-under 64 with three birdies and a back-nine 29.

“If I can play the same way I played the last couple of days and hopefully put another good round, [we’ll] see what happens,” Garcia said.

Despite shooting a 2-over 72, Kokrak is still in a great position for his first win in 145 career starts. He’s tied for third with Day, two strokes behind Hahn.

“I'm happy with where I'm at,” Kokrak said. “I'm still playing good golf and, you know, roll a couple more putts in tomorrow and [it will] be a fun day tomorrow.”

Along with Horschel and Garcia, Cameron Tringale also ended his round with birdies at 16, 17 and 18 for a 3-under 67. He’s three off the lead and, like Kokrak, Tringale is eyeing his first win in his eighth year on Tour.

But even Hahn admitted the biggest crowd will probably not be following the final group. All eyes will be on Day as the former world No. 1 tries to win his first tournament in more than a year.

“I feel good about where the game is right now, [and trying] not to get ahead of myself because there's still one day of golf to be played here and got to enjoy the challenge tomorrow and have fun,” Day said.