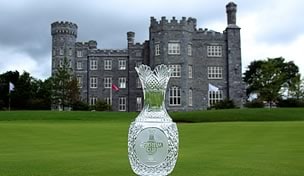 This week marks the beginning of an extremely important run in women’s golf. It’s a period which begins with the Wegmans LPGA Championship on Thursday, and ignoring a couple of off weeks here and there, ends with a first foray to Ireland for the Solheim Cup in late September.

Last month I had the opportunity to visit the Emerald Isle and stop off at Killeen Castle, the venue for the 12th playing of the biennial matches, to find out what’s in store when the players arrive at the 600-acre estate in County Meath.

The Jack Nicklaus signature design golf course takes up a great deal of the vast property. At no time do you ever feel Jack was scratching his head, trying to work out how to fit this huge golf course, which stretches to 7,700 yards from the back tees, into this piece of Irish countryside. There will be plenty of room for spectators, yet the first and second holes along with the closing three are conveniently located in close proximity to each other and the clubhouse.

The property as it is seen today was developed in 2005 with the golf course only completed in 2008. The history of Killeen, however, dates back to 1181. The castle itself is currently undergoing a complete renovation; the current owners have plans to see it as the center piece of a luxury hotel. The castle sits rather hauntingly behind the 18th green, but does not serve as the golf clubhouse. Instead, the course boasts a very modern Euro chic structure adjacent to the first tee. Architecturally, the clubhouse and the castle are polar opposites, but somehow it all seems to work. In addition to the clubhouse, the course has its own Dave Pelz Scoring Game School with dedicated driving range. The plan, as of my visit in late May, is to make the Pelz academy and driving range the U.S. team headquarters, giving them plenty of space and their own practice facilities. The Europeans will use both the men’s and women’s locker-rooms as their team room and the members driving range for their practice. I counted four practice putting greens, so in all likelihood the teams will only see each other on the golf course.

The course has an American feel. If not for the near 1000-year-old castle popping up in the distance and the freezing cold wind, I would not have felt like I was playing golf in Ireland on my visit. Will that be an advantage to the U.S. side? Not really, in my opinion. Most players on the European side play their golf on the LPGA anyway, and how often these days do the pros actually play on traditional UK and Irish golf courses? Hardly ever. The greens, though, will suit the U.S.-based players; they are some of the finest putting surfaces I have ever encountered in Europe. Bent grass greens built to U.S. Golf Association standards, they are high quality modern complexes, which could be lightning fast, but their speed will be determined by European captain Alison Nicholas who will keep the pace at bay.

Just seven weeks prior to the Solheim, the Ladies Irish Open will be played at Killeen and many American players will take the opportunity to see the course. Stacy Lewis told Golf Channel last week that she’s committed to playing. Although this is great for the promotion of the venue and the matches, it creates a logistical nightmare for course superintendent Mark Collins, who will have his work cut out between the two events to get the course back to tournament shape. He told me the main issues center around the tees, fairways and driving range, all of which will be battered by tournament play and will then need to look pristine less than two months later.

For those dedicated fans traveling to the Solheim to support the American team, the venue really couldn’t be much easier. Flights to Dublin are abundant with five carriers provided direct service from seven cities in the United States. When you arrive, the road system around Dublin is superb and there’s a modern toll road which will take you to the course. The only snag could come from the narrow lane which links the main road to the golf course.

In the land of a thousand welcomes, players, officials and spectators will have a hospitable time. If the sun shines then, as they say over there, it’ll be grand. 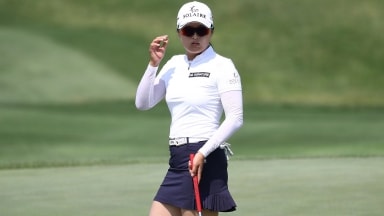 An anonymous Twitter user believes a 4-handicap could win on the LPGA. That did not sit well with those who play golf for a living. 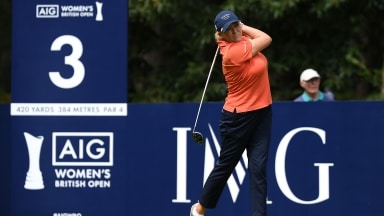 Though LPGA pros have been given overviews of tour safety protocols, they’re expecting to hear more detailed plans in Wednesday’s conference calls.