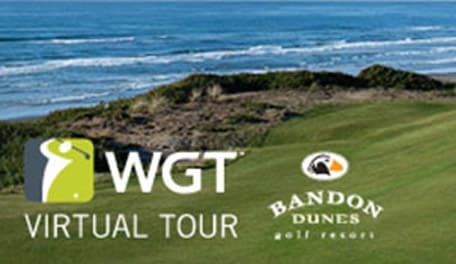 It's a new year on the WGT Virtual Tour, but fmagnets has picked up right where he left off.

After winning the inaugural WGT Virtual Tour Championship in December, fmagnets took home the title from the Tour Legends tier at the season-opening Bandon Dunes Open. Rounds of 38 and 42 across the composite, par-3 layout left him in a playoff with tinybo and DrShelby, which he then won to take early possession of the top spot on the season-long leaderboard.

Other tier winners at Bandon Dunes included JoeMaverick (82, Legend tier), Kimic (89, Tour Master), mmorgan60 (85, Master), pasgrompf (92, Tour Pro) and briciole (93, Pro). With the victory, each player earned a share of the 200,000 WGT-credit purse and their results will also count toward the season-long race.

There are some changes this year to the WGT Virtual Tour, including shorter seasons and more champions. The year will now be split into four shorter seasons, each containing three monthly tournaments - two regular Tour events and one major. The first mini-season will conclude at the end of March.

This month the WGT Virtual Tour heads to Pebble Beach for the Pebble Beach Classic, where another 200,000 WGT credits are up for grabs. First-round play is open until Feb. 23, then players will have a single chance to record a second-round score from Feb. 24-28. Click here to get started and take your shot on one of the most picturesque courses in the world!