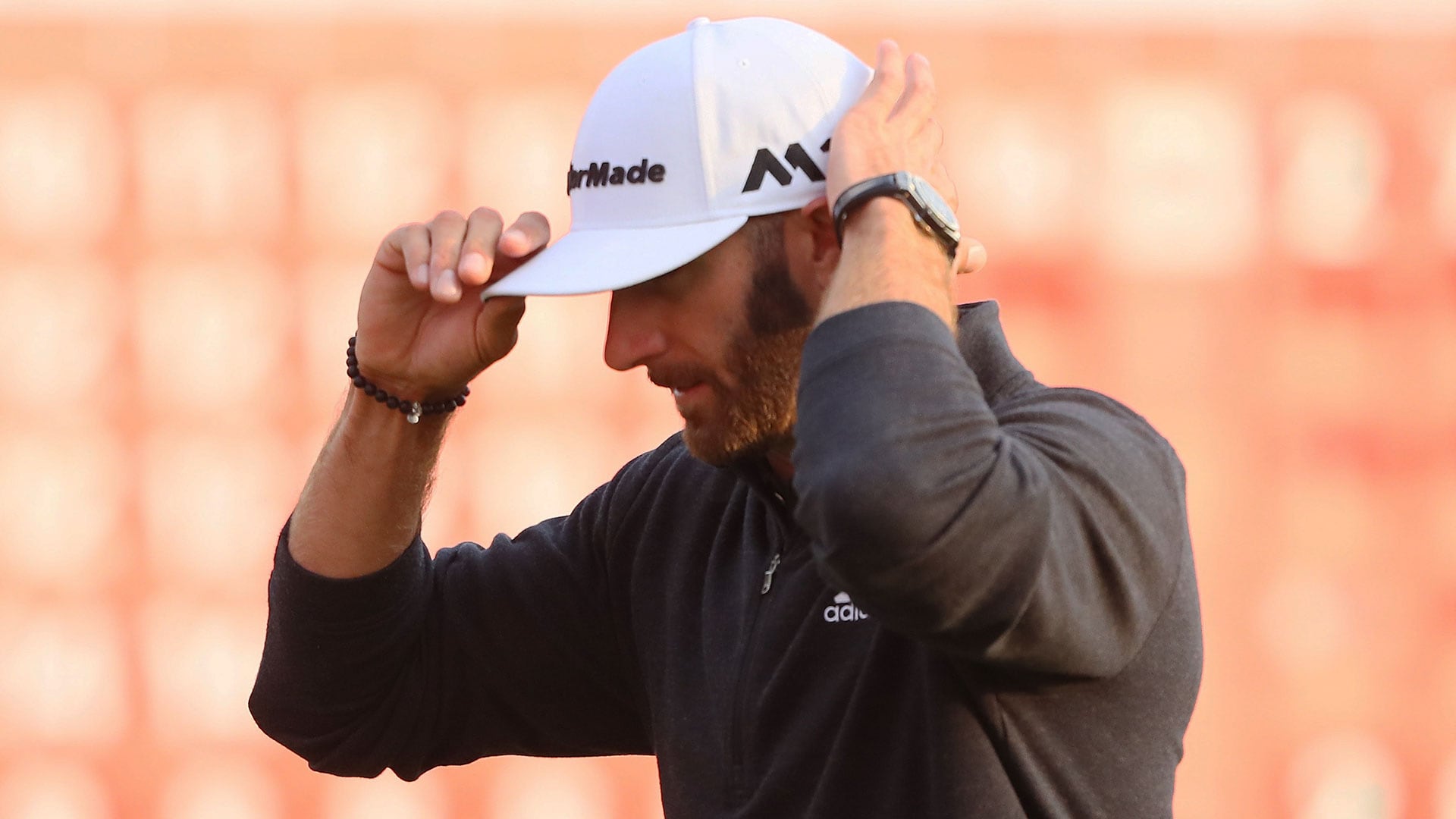 In assessing his chances heading into the final round of the WGC-HSBC Champions, one in which he trailed by eight shots and Dustin Johnson was six shots clear of his closest competitor, Justin Rose accurately summed up the situation.

"Playing for second, barring something crazy from him," Rose told reporters. "But that's always the thing, you play for second and see what happens."

The latter half of that statement is a window into a veteran's mindset, a player who has seen nearly everything happen on the course and knows to keep even the slightest shred of hope alive - just in case.

But make no mistake, if tournament organizers had attempted to hand the trophy to Johnson prior to the final round, the other names on the leaderboard would have barely protested. The world No. 1 was in the midst of a clinic, piling up 22 birdies through 54 holes on a course where he has won before and one that favors his bomb-and-wedge approach.

This was Johnson mopping up against a WGC field, just as he had five times prior including twice earlier this year.

But then the unthinkable happened, as Johnson opened with a pair of bogeys to give the field a glimmer of optimism. He failed to right the ship from there, incomprehensibly recording zero birdies on a course that had played like a par-68 for him through the first three rounds. An even-par effort would have resulted in a three-shot win, but instead he signed for 5-over 77 as Rose raced from behind to steal the trophy.

"I mean, I felt fine all day," Johnson said. "I just could never get anything going and didn't hole any putts. It was pretty simple."

Very quickly comparisons were drawn to Greg Norman, the only other world No. 1 to cough up a six-shot lead in the final round on the PGA Tour. That, of course, was at the 1996 Masters. And Johnson has had a few major collapses of his own, namely the 2010 U.S. Open at Pebble Beach and the 72nd-hole debacles at Whistling Straits and Chambers Bay.

But to be clear, there was no major trophy at stake this week at Sheshan International Golf Club. In fact, this is the only one of the four WGC events for which there isn't a major championship on the immediate horizon.

The WGC label ensures a strong field, and it allows the Tour to bolster the strength of the capstone of its three-week residency in Asia. But it's also positioned at the tail end of a busy year, despite the Tour's efforts to insist that the calendar regenerates in October, so the predominant reaction to completing 72 holes in China this week was a sigh of relief. Finally, a substantive break is within reach for most players.

Included in that group is Johnson, who won't tee it up again until the Hero World Challenge a month from now. Any lingering scar tissue from Sunday's collapse will be long gone by then, since there probably won't be much sign of it by Tuesday of this week.

If any player is well-equipped to compartmentalize and effectively dispatch of a bitter defeat, it's Johnson. Recall the aforementioned litany of close calls and stack it up against his recent form, which has included four wins this year and an eight-month stint at world No. 1. This is the guy who three-putted away the U.S. Open two years ago and posed with the trophy the next time around.

Johnson was on autopilot for three rounds, sticking to the same clear gameplan that has worked so often this year. He felt comfortable, and he appeared poised. But amid blustery conditions Sunday, he started to wobble and never recovered.

In fact, the shots were so out of character for a player of his caliber - chunked irons, pitch shots that missed the green entirely - that there won't be much to dwell on.

"I felt like I rolled it good. Just nothing was going in the hole. Hit a couple really bad iron shots," Johnson said. "So I just gave a few away. But tough conditions. But I mean, it is what it is."

Johnson's final round is akin to a football team that gets crushed at home and the coach opts to ditch the game tape rather than try to dissect each faulty element. Sometimes the best option is to simply leave a result in the rear-view mirror.

Rose is a deserving champion, and should be commended on his ability to capitalize on Johnson's surprising collapse. But don't expect the world No. 1 to lose too many hours of sleep this week wondering what might have been.