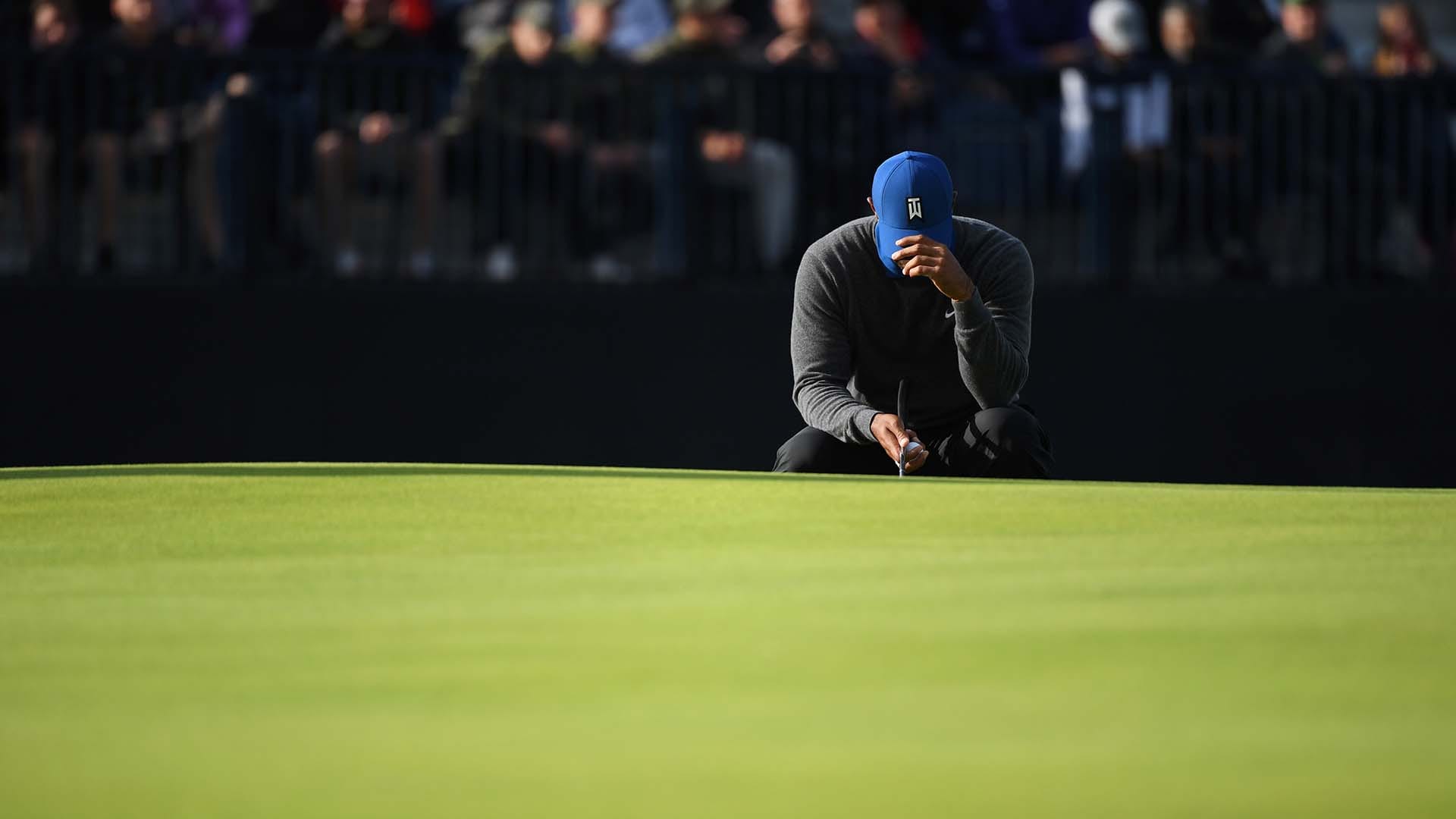 PORTRUSH, Northern Ireland – Well, that was unexpected. But not a complete surprise. The first round of The Open was ugly early for Tiger Woods, and it never got better. Ultimately, he signed for a 7-over 78, and it will now be ridiculously difficult for him to make the cut at Royal Portrush.

Below are some of my nuggets:

• Tiger’s 78 was his worst round at The Open since 2002, when he shot 81 in the third round at Muirfield. That day, the conditions were absolutely brutal.

• The first swing of the day produced a painfully looking grimace on Tiger’s face. He never looked totally comfortable at any point over the next five hours.

• Four consecutive pars to open the round were decent – although he scrambled mightily at the first and second holes – but then it all came unraveled in the blink of an eye. Tiger played the next five holes in 5 over by going bogey, double bogey, bogey, par, bogey.

• The bogey at the fifth was unnecessary because of a shaky lag putt for birdie, but the double bogey at the next hole was quickly the beginning of the end. His tee shot on the par 3 was left. From there, his pitch went over the green on the right. It appeared he may get away with bogey after he hit a great chip shot to inside 5 feet, but that putt never touched the hole and he made double-bogey 5.

• For quite a long time it looked as if Tiger would go the entire round without a birdie. Then, somehow, he drained a 30-footer for birdie on the par-4 15th hole and threw his hands in the air with a relieved reaction.

• Bogey at the final hole was the most fitting way to end the disastrous round, which left him T-144 in the 156-player field.

• Tiger is right back out there with Patrick Reed and Matt Wallace early Friday at 5:09 a.m. ET. He has until 5 p.m. ET to say if he’ll play next week’s WGC-FedEx St. Jude Invitational.