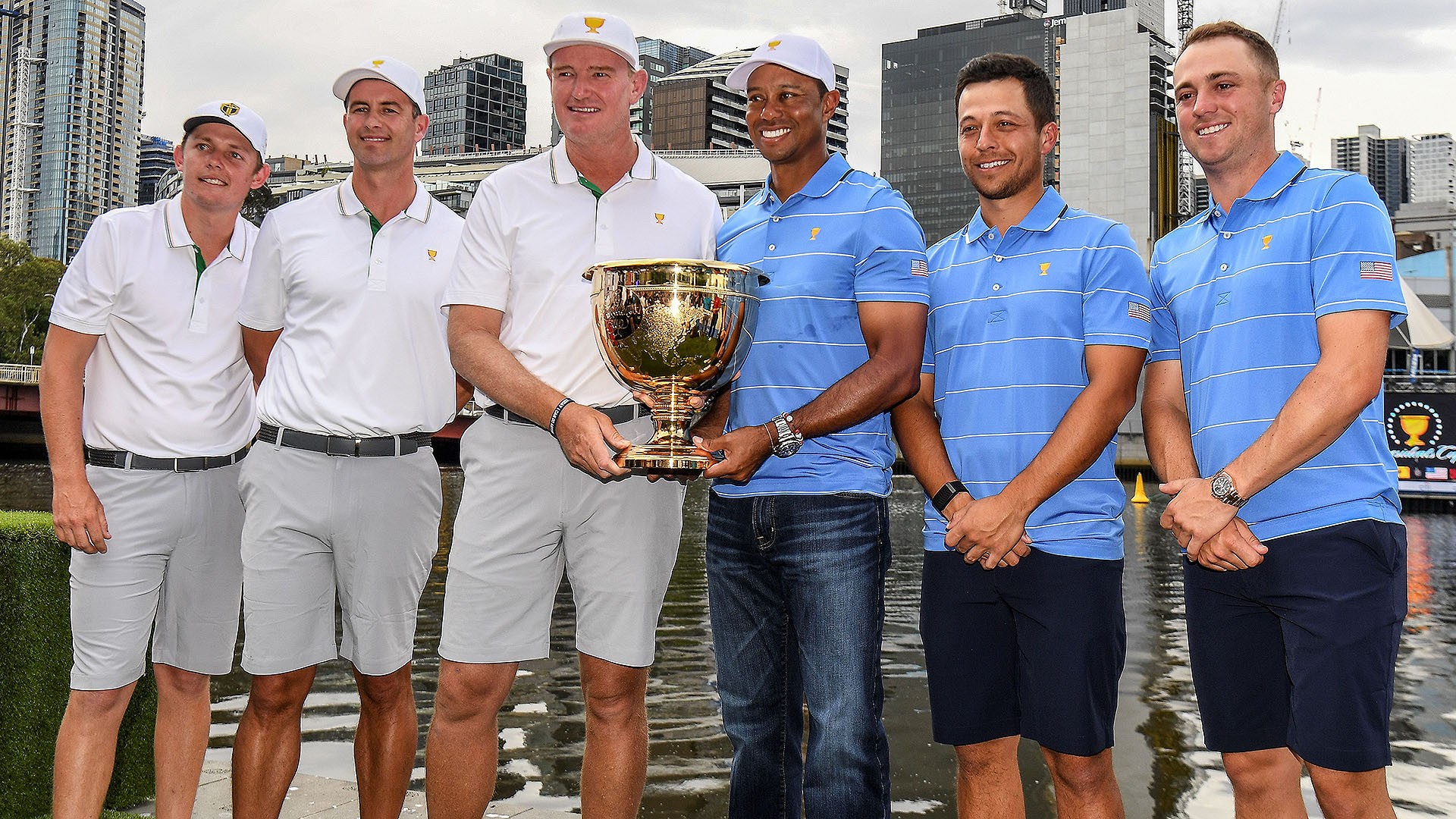 MELBOURNE, Australia – The U.S. Presidents Cup team arrived in Australia for this week’s matches a little later than originally planned.

The team’s charter flight from the Bahamas, where most of the team was playing last week’s Hero World Challenge including playing-captain Tiger Woods, was delayed and didn’t arrive in Melbourne until 12:30 p.m. (local time).

“Justin [Thomas] is still half-asleep,” Woods joked at Monday’s opening event. “Do I look that bad?” Thomas asked with a smile.

All total it was a 26-hour trip for the team and Woods said they spent much of the flight sleeping and getting treatment to prepare for this week.

“Just to have the ability for guys to hang out and walk around, there was a lot of room. It was good,” Woods said. “It was a day to kill in a tin can.”

Many of the International team players were at Royal Melbourne Monday for practice rounds, but the Americans will have to wait until Tuesday to begin their preparations.

Royal Melbourne is the site of the International team’s only victory in the event in 1998, but captain Ernie Els embraced his team’s challenge this week, “We are the underdogs,” he said, “there’s no secret about that.”