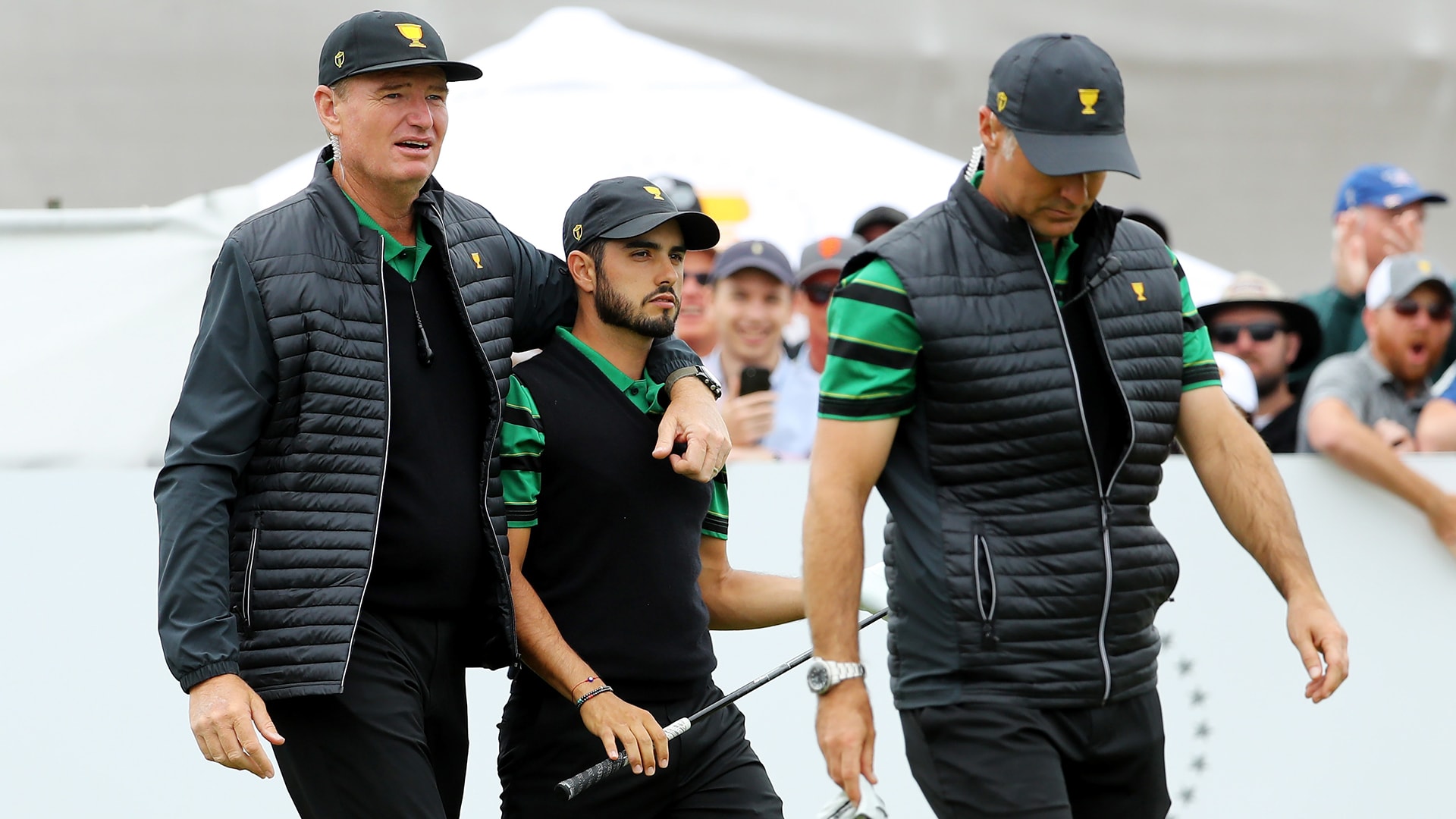 MELBOURNE, Australia – While the International team did not have the breakthrough it desired at the Presidents Cup, it did find another one of sorts that captain Ernie Els believes will help deliver victory over the Americans sooner rather than later.

Els wasn’t joking Saturday evening when he said his team was thrilled even though it just lost the crucial foursomes session, 3-1, to the United States. That’s because they led 10-8 at that point and Els’ goal for the team early in the week was to win at least 10 points after the first three days.

“That’s why we were so excited,” he said Sunday after the U.S. put the finishing touches on a 16-14 victory.

The International team, Els believes, has finally figured out how to play team sessions more effectively. He wouldn’t divulge how or why that is the case, but he’s steadfast in his belief. He’s certain that the plan he had entering the week worked almost flawlessly.

“Great strides [were] made,” Els said. “I really felt that our team play was really the core of our team, and that never was [before]. We never felt like we could play foursomes or fourball together as a team. We did that well.”

Els is correct. His team only lost one of the four team sessions. After opening 4-1 in fourballs, they tied the Americans at 2 ½ in the Friday foursomes. On Saturday, the Internationals won the morning session 2 ½ to 1 ½ then lost the afternoon foursomes 3-1.

Unfortunately for Els, the singles session was an 8-4 routing by the Americans.

“I’m disappointed, that’s all I can say,” said Adam Scott, who played in his ninth Presidents Cup this week and has never won. “But I like what’s happening in the future. I can’t wait for another crack at it.”