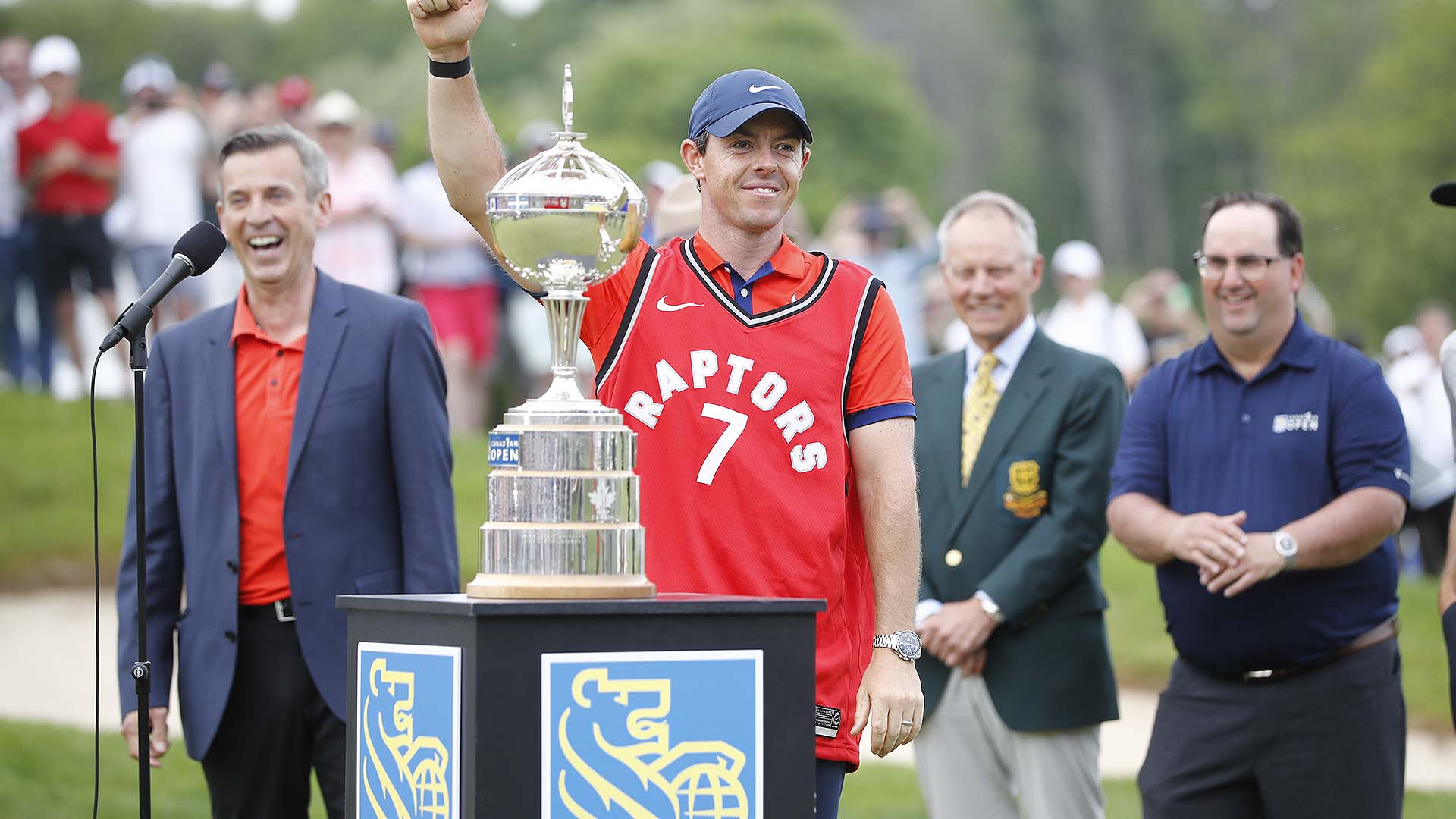 PEBBLE BEACH, Calif. – Rory McIlroy rode his hot putter to a final-round 61 in his seven-shot victory on Sunday at the RBC Canadian Open.

So common sense would dictate he'd probably want to bring that same putter to this week's U.S. Open. That almost didn't happen.

For the trophy ceremony, McIlroy momentarily traded his putter for a Toronto Raptors jersey with the CEO of Golf Canada, Laurence Applebaum, and they nearly forgot to trade back.

"I traded him. He gave me a Raptors jersey, and I gave him my putter and thought he was going to give it to [caddie Harry Diamond] up at the scoring area or whatever," McIlroy said on Wednesday at the U.S. Open. "And I saw Harry. He goes, Where's your putter? And I said, I better go find it. So, no, I definitely didn't give it away. I know I've done some stupid things in the past, but that would have been right up there."

The win in Canada was McIlroy's second victory of the season, and he enters the week at the Pebble Beach on the short list of favorites to break his major drought that dates back to 2014.

The four-time major winner's chances would've taken a hit had he left his flatstick in a different country.

"I said to Harry, Could you go and find Laurence? He's got my putter. And put it back in the bag and make sure the bag gets on the plane and goes to California," added McIlroy. "That was really it ... the guy I gave it to was running the golf tournament. He knows it's not for him."

McIlroy tees off in search of his second U.S. Open victory and fifth major title on Thursday at 10:51 a.m. ET with Jon Rahm, Marc Leishman.