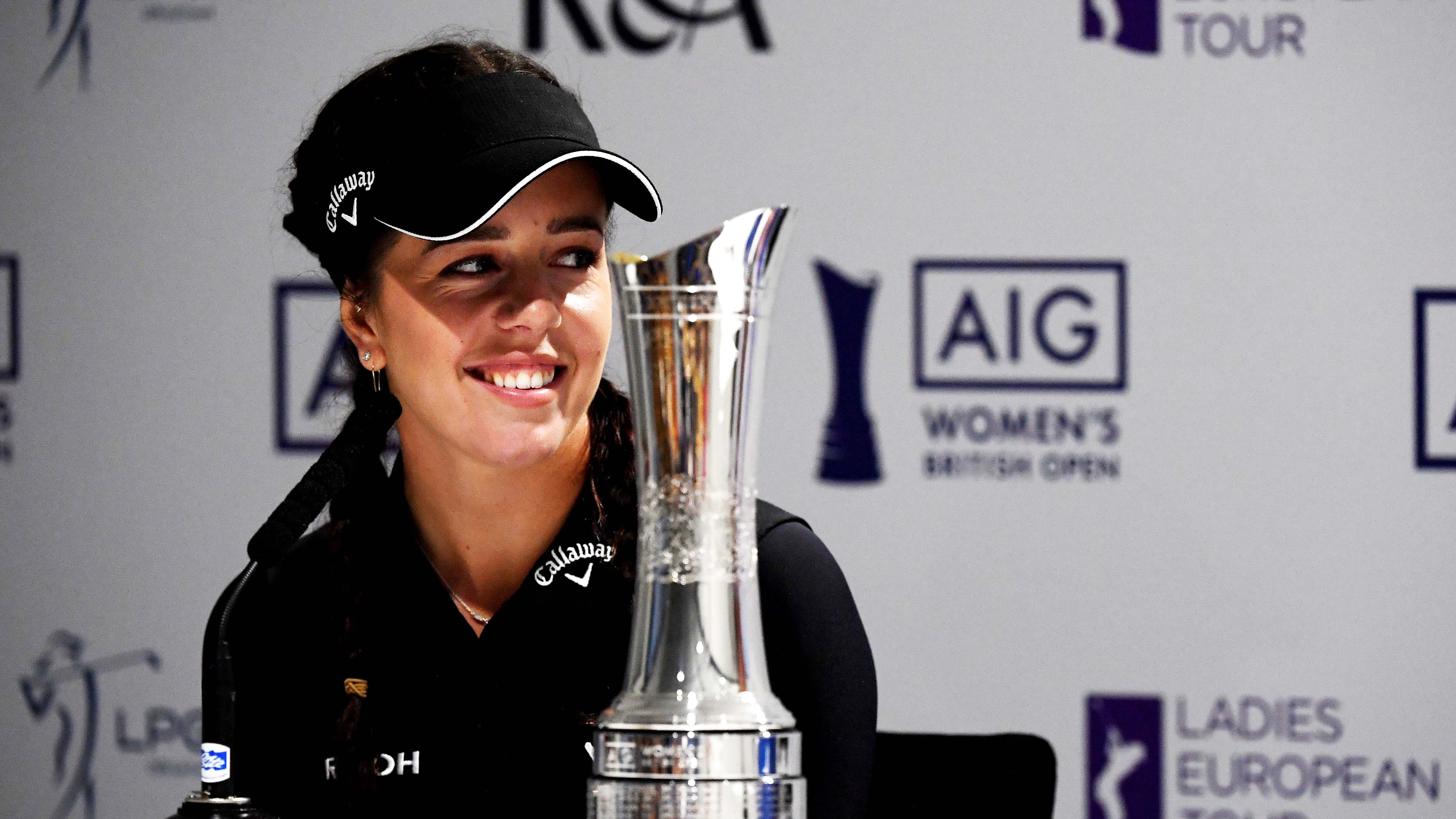 WOBURN, England – If Georgia Hall appeared especially enamored with the silver AIG Women’s Open trophy positioned next to her in a news conference Tuesday at Woburn Golf Club, there was good reason.

Somebody stole her trophy.

She wants a new one.

The trophy the Englishwoman was presented as winner of last year’s championship was stolen out of her car in London two months ago. It was a replica of the original.

“Smashed my back window, like 12 o’clock in the middle of the afternoon,” Hall said. “I don’t know if they knew it was me or not, because it was in the box and everything. And I had golf clubs as well, and they didn’t take that. A bit strange.”

Hall regrets having it in the car, but she said it was in “the boot” of her car, which is British for "the trunk," and the car had tinted windows, making it difficult to see into the back.

“Obviously, I feel a bit silly having it in the car,” she said. “Maybe I should have took it out. But you know, some things happen like this in life and you can't . . . you know, just get on with it, I suppose.”

Hall is working on getting a replacement for her replica trophy, but she’d love to win another this week. She’s back home in England again, with Woburn Golf Club about three hours south of Royal Lytham & St. Annes, where she won last year, and about three hours north of Bournemouth, where she was raised.

The actual Women’s British Open trophy is displayed at the R&A, but the trophy is visiting Woburn Golf Club this week, where Hall got to enjoy it during Tuesday’s news conference.

Hall said her father, Wayne, will be back on her bag as caddie this week. He only caddies for her once in a while now. She won with him wearing the same pair of unwashed socks for four days in a row last year. She doesn’t know if he still has them, but doubts he’ll bring them back this week.

“Probably in the bin,” she said.