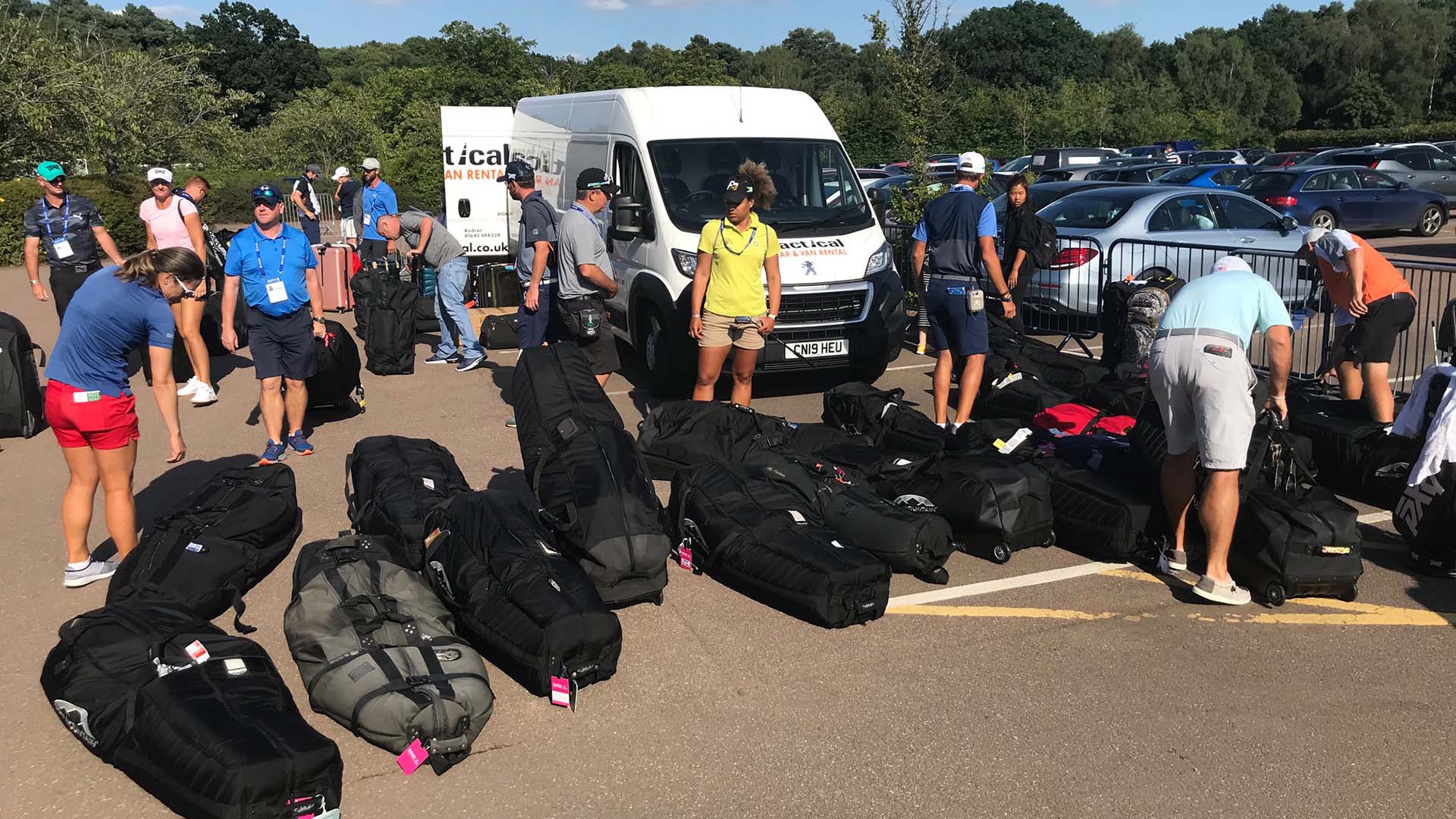 WOBURN, England – Ian Wright got a hearty ovation Monday when he pulled into the Woburn Golf Club parking lot at 5 p.m. in a rental truck full of golf clubs.

It wasn’t as stirring as the ovation he heard as a caddie walking alongside Seve Ballesteros when he helped the Spaniard win The Open at Royal Lytham in 1988, but he was grateful nonetheless. In fact, he was thrilled the 40 or so caddies and players waiting for him at Woburn weren’t toting pitchforks and torches.

“I just don’t like letting people down,” Wright said.

Neither does Lexi Thompson, but they both had a rough 24 hours that ended up leading to a Monday work stoppage for a bunch of players.

“She left her passport in one of the golf bags that were on the truck I was driving here,” Wright said. “I had to stop and wait for her caddie to come and retrieve it.”

Wright estimates he was carrying the clubs and luggage of 38 players, including Ariya Jutanugarn, Nelly Korda, Carlotta Ciganda and Anna Nordqvist. Most of the players waiting were looking to play practice rounds on Monday. He arrived five to six hours later than planned, so late that when he finally showed up, Woburn wasn’t allowing players to begin any more practice rounds in order for the grounds staff to get on the course to make preparations. The range, however, was open until 7 p.m.

Wright said he left France a little after 8 p.m. Sunday and was about two hours out of Evian, about 45 minutes out of Geneva, when he got a call informing him that Thompson’s passport was on his truck. He believes it was Lexi’s father, Scott, who called. She was in Geneva and needed the passport to fly out of there.

Wright said he was asked if he could pull over and wait while Lexi’s caddie, Benji Thompson, took a taxi ride from Geneva to meet up with him.

“I think I might have screamed,” Wright said. “I had to drive through the night to get here.”

“That van was packed to the hilt,” Wright said. “A mouse couldn’t have found room to live in there.”

Benji Thompson found the passport and raced back in the taxi to return it to Lexi. Wright said with the time it took to repack the truck, he was delayed about three hours. He said that caused other delays. He missed the ferry he was originally booked to take to England, and that he ended up stuck in a few brutal morning rush-hour traffic jams.

Lexi ended up with her own travel delays. A British Airways strike caused a cancellation of her flight. She missed a day of practice, too, failing to arrive as planned on Monday while scrambling for alternative flights.

“Forgetting her passport, that was an honest mistake,” said her agent, Bobby Kreusler. “And she had no idea retrieving it would cause the delay it did, or that it would impact other players the way it did. She would never have wanted that.”

Stacy Lewis shrugged her shoulders when asked how it affected her preparation.

“Things happen, and there isn’t much you can do about it,” Lewis said.


Ryann O’Toole was among players frustrated in the long wait. Just last week, she endured worst troubles. She arrived the Sunday before the Evian Championship, but her clubs didn’t arrive until three days later, on Tuesday evening. She scrambled to get the airlines to help her.

“They asked me if I could just use a set of rental clubs,” O’Toole said. “I told them that’s like asking a NASCAR driver to race in a rental car.”

O’Toole wasn’t happy that yet another day of preparation for a major has been lost to her.

“I don’t know why the driver would agree to accommodate one person knowing it would punish about a third of the field,” O’Toole said. “The driver should have said, 'Hey, I’ve got to get these clubs to Woburn. If you want the passport, somebody’s going to have to fly there to get it and bring it back.’”

As Wright said, he was just happy to get to Woburn. 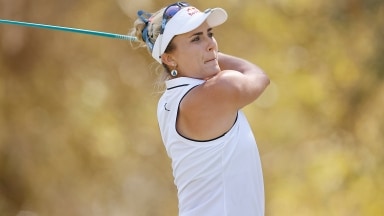