That’s one more event than the tour featured this year and almost $5 million more in total prize money.

“I could not be more excited about what the future will bring for the LPGA tour and the sponsors that support us,” LPGA commissioner Mike Whan said in a statement.

Whan was pleased that total prize money made another notable increase.

“That number is a testament to the support we are receiving from sponsors and industry partners around the globe,” he said.

The new schedule will see the loss of the Thornberry Classic in Wisconsin and the Indy Women in Tech in Indiana, but it will see the addition of three events, including two new Florida events, upping the total to four events in the Sunshine State, where LPGA headquarters are based. The season will open at the Diamond Resorts Tournament of Champions in Lake Buena Vista, Florida, Jan. 16-19, and then move south the following week to the new Gainbridge LPGA at Boca Rio in Boca Raton, Florida. The new Pelican Women’s Championship will be staged in Belleair, Florida, May 14-17. The season will once again conclude with the CME Group Tour Championship, Nov. 19-22, in Naples, Florida.

The Blue Bay China, March 5-8, is also returning to the schedule.

“As I enter my second decade as commissioner, we find ourselves in a new phase of the LPGA tour,” Whan said. “We’ve grown, but now we must flourish. We talk a lot about the next generation, but we lift this generation. I know a lot of our fans understand the difference we are making for women’s golf in America, but they might be surprised to know about the impact our tour is having all around the globe.”

While the CME Group’s doubling of its Tour Championship purse to $5 million was a big deal this year, with its record $1.5 million first-place check, there are other title sponsors continuing to step up this year. The KPMG Women’s PGA Championship is increasing its purse to $4.3 million, up $450,000 from this year and up $1 million from its inception four years ago. The Dow Great Lakes Bay Invitational is increasing its purse to $2.3 million, up $300,000, making it the largest total purse in women’s golf outside the major championships and the CME Group Tour Championship.

Next year’s schedule features the return of the UL International Crown (Aug. 13-16) in a busy summer stretch that includes the Olympics (Aug. 5-8). The Crown will be played at the Centurion Club in Scotland. The U.S. Women’s Open (June 4-7) will be played at Champions Golf Club in Houston, Texas, the KPMG Women’s PGA (June 25-28) at Aronimink Golf Club in Newton Square, Pennsylvania, and the Women’s British Open (Aug. 20-23) at Royal Troon in Scotland. 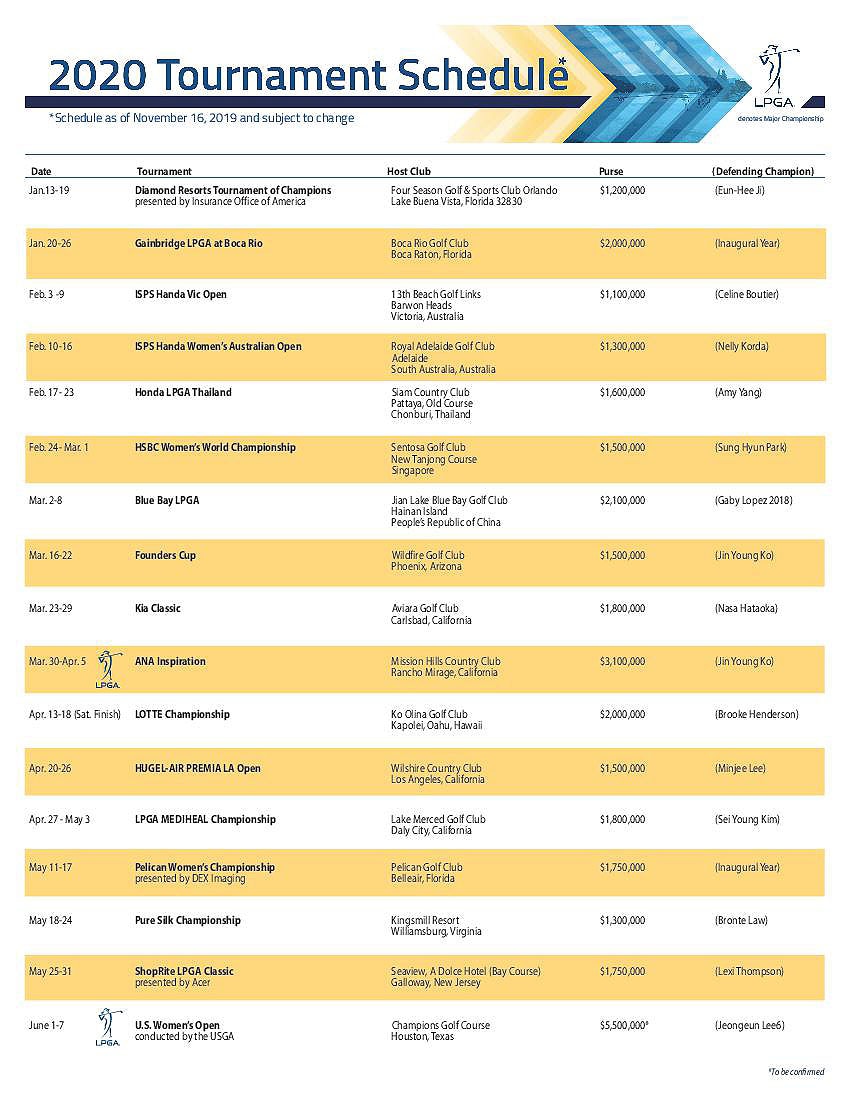 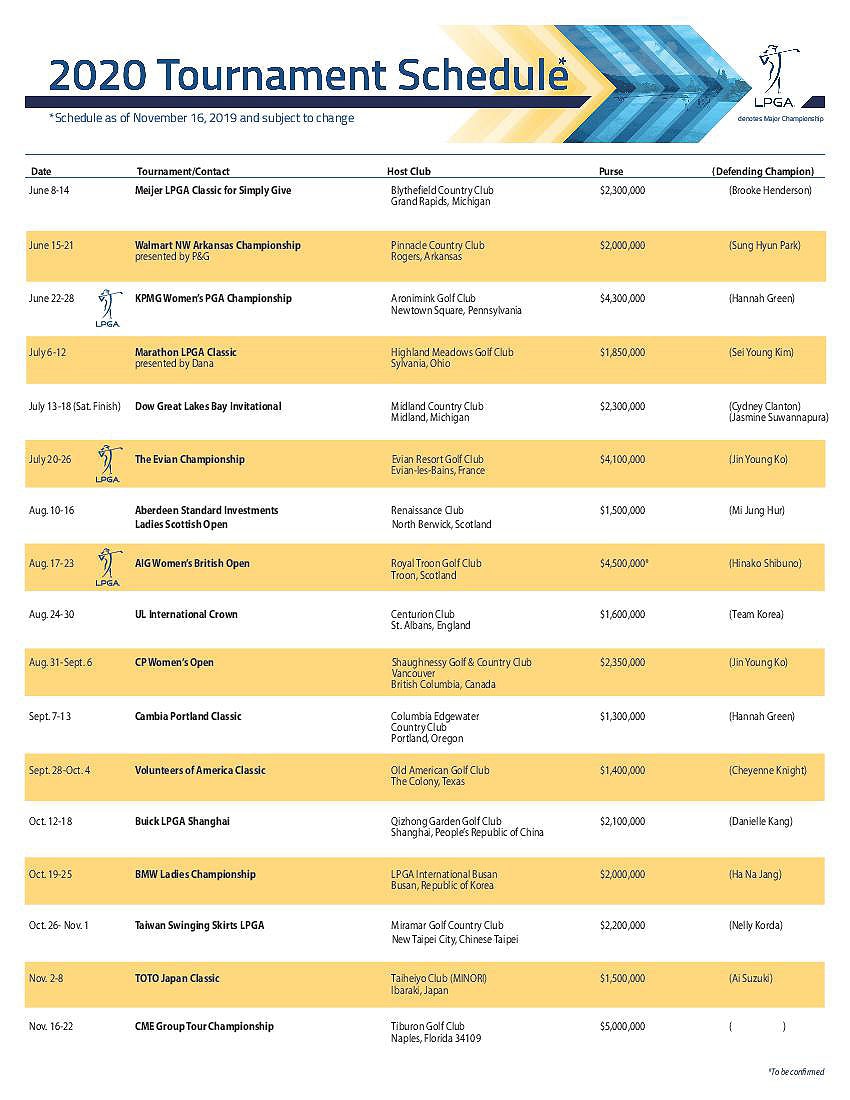