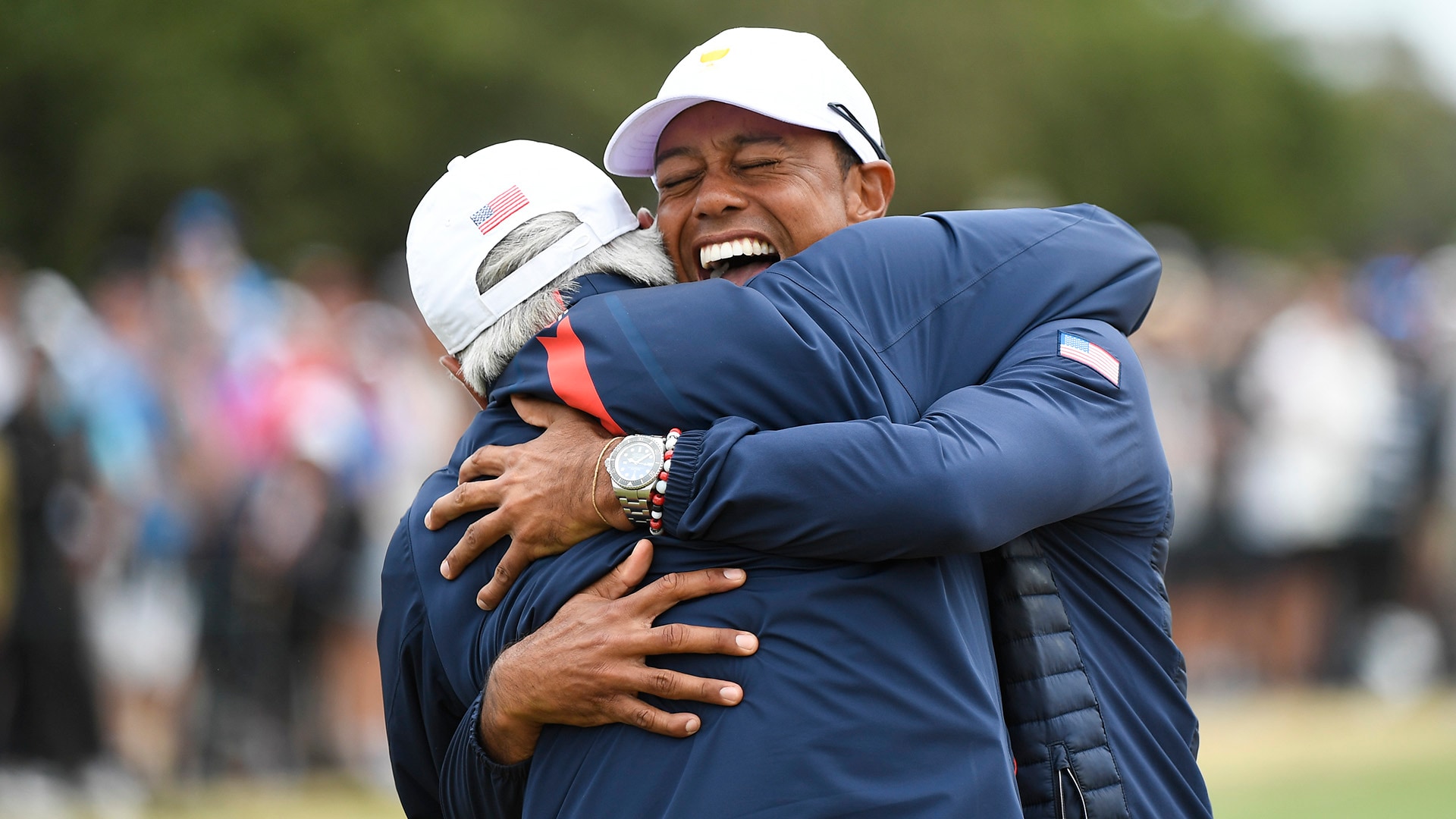 MELBOURNE, Australia – Matt Kuchar drained a 5-footer for birdie on the 17th hole of his match against Louis Oosthuizen, and it guaranteed the U.S. the half-point it needed to win the Presidents Cup at Royal Melbourne.

Kuchar, understandably, was on Cloud 9 as he skipped to the 18th hole. Other team members who were finished with their matches hugged, and the partisan International crowd was deflated.

A television camera and microphone was shoved in U.S. captain Tiger Woods’ face, and he was asked his immediate thoughts.

“We did it together,” Woods said, with tears welling up in his eyes. “We came here as a team. My teammates and my boys all played well.”

It was a touching moment from the man who has been such a steely competitor for more than two decades.

“I’ve cried in pretty much every cup we’ve won,” Woods insisted. “I’ve been doing this a long time.”

Assistant captains Fred Couples and Steve Stricker both enjoyed seeing Woods let loose a little. Couples described himself and Stricker as “both crybabies,” so it was nice for them to have some company for once.

Added Couples: “The hug he gave everybody was so heartfelt. He’s a good man, and it’s fun to be on his team.”