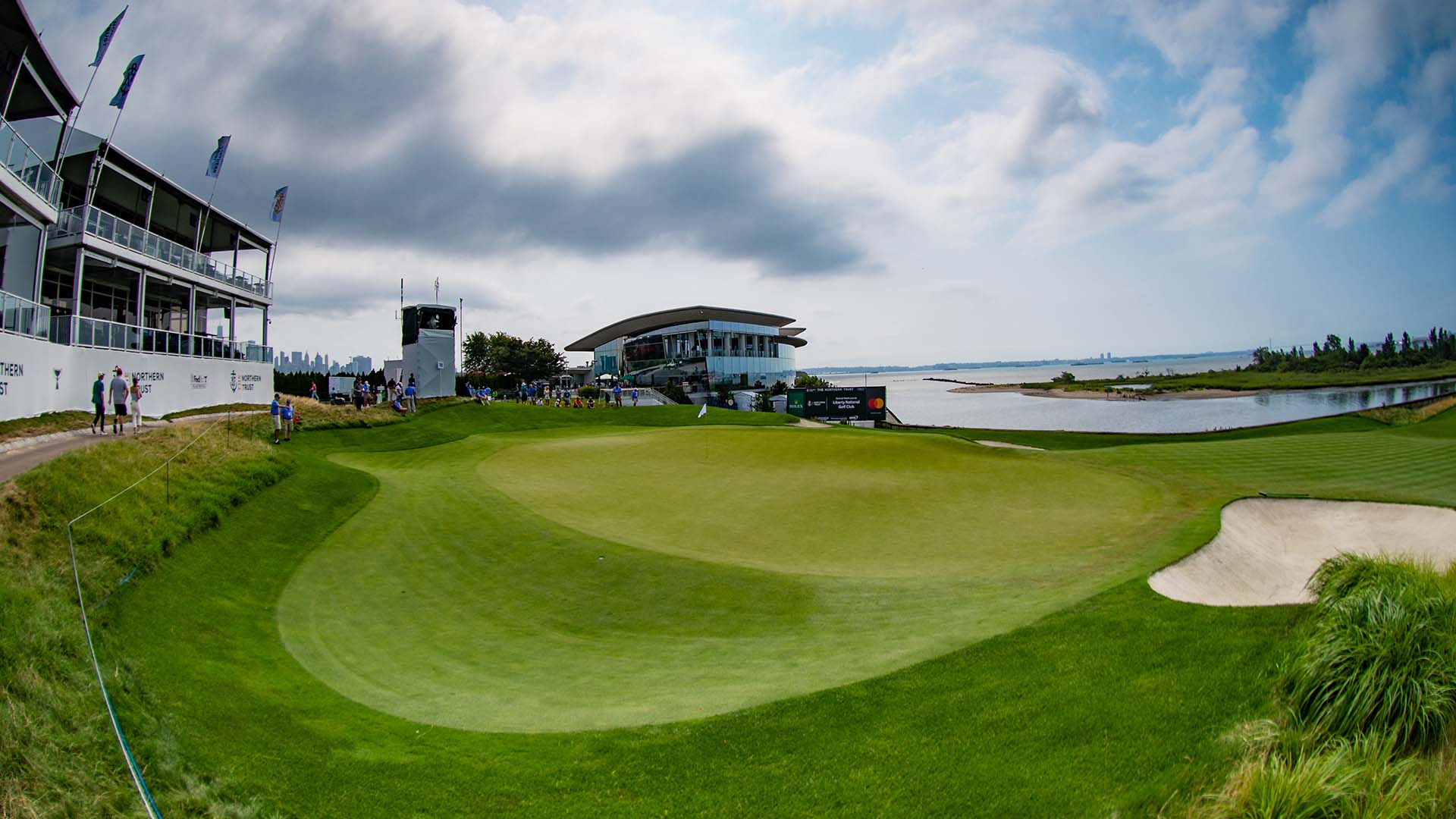 More than half the field (89 players) posted under-par rounds and the Day 1 scoring average was more than one-and-a-half strokes under par, but the 2017 Presidents Cup proved it’s not always target golf at Liberty National.

“I watched the Presidents Cup here a couple of years ago and I guess they got the course really firm that week, and that looked really fun to play,” said Rory McIlroy, who is tied for fifth after a first-round 65. “This week, we've gotten a soft golf course and just try to play it the best we can.”

Justin Thomas played on the victorious U.S. team during the ’17 matches and confirmed McIlroy’s assessment that Liberty National is a much different course this week.

“It's a lot softer, that's for sure. We’re hitting some different clubs into some holes that we definitely didn't hit that week,” said Thomas, who opened with a 67. “But I would have a hard time seeing the scores being this low with how we played it at the Presidents Cup.”