Bhatia advances to Round of 32 at U.S. Am, but is he ready for a professional career? 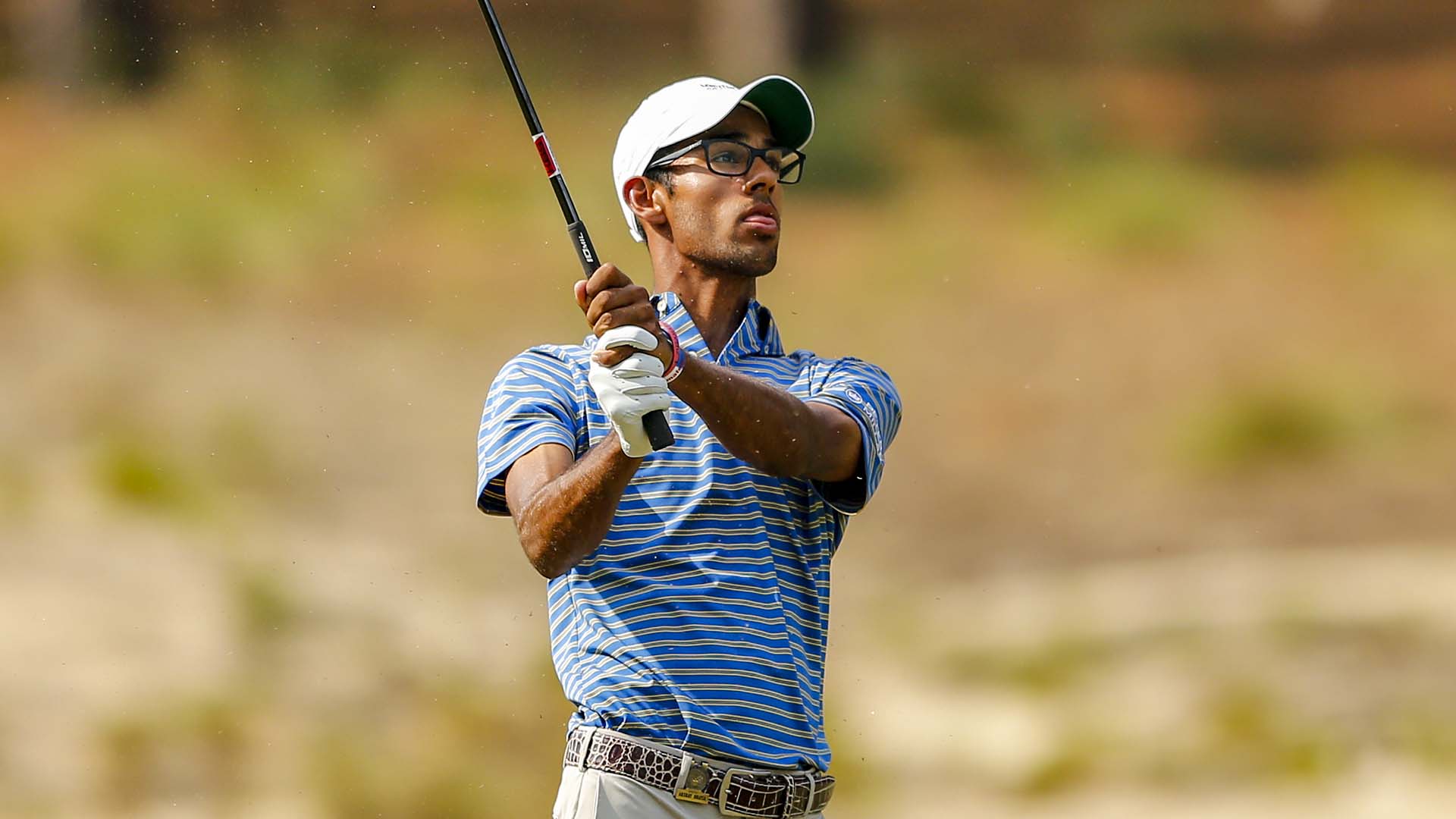 PINEHURST, N.C. – There was a shot Wednesday that epitomized why so many industry people are excited about Akshay Bhatia.

The tee shot came on Pinehurst No. 2’s seventh hole, which was moved up to 315 yards in the Round of 64 to entice players to give it a rip. On the dogleg right, Bhatia and caddie Chris Wilson picked out a “U” in the trees that would carry all of the sandy rough, but Bhatia caught his drive high on the face and missed right of that target. They figured he clipped a branch and wound up in the pine straw, but as they approached the green, they saw where Bhatia’s ball ended up – and learned how it got there. His ball had carried onto the green, rolled out and kissed off the flag, coming to rest 4 feet away for eagle.

“Yeah, that was nice,” Bhatia shrugged.

That two-putt birdie gave Bhatia the lead against RJ Manke and powered his 3-and-2 victory to advance to the Round of 32. He’ll face Vanderbilt senior (and match-play specialist) John Augenstein in the second round Thursday.

This is the second-to-last amateur event for Bhatia, the most famous 17-year-old in men’s golf. He’s already earned a spot on the U.S. Walker Cup team, and immediately after those matches next month he’ll turn pro in advance of his debut at the PGA Tour’s Safeway Classic.

The only question now: Is he ready?

The booming drives, the sky-high irons, the deft touch around the greens – his talent is obvious. He has a powerful, repeatable swing, honed under the guidance of red-hot coach George Gankas. 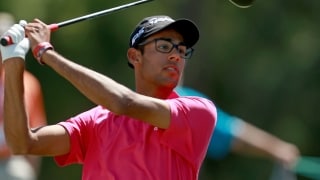 “Sky’s the limit; the potential is incredible,” Wilson said. “He hits it farther than most anybody I’ve played with or seen. He’s turning these 520-yard par 4s into driver and 8-iron. People just don’t do that. He’s got an extra gear.”

Bhatia’s wedge play is a work in progress. So is his putting. That’s not unusual for a teenager. And yet, even for the fifth-ranked amateur in the world, Bhatia’s game is still largely untested, which shines an even more intense spotlight on his performance here at the U.S. Amateur.

Wilson can’t recall ever seeing a course play as firm and fast as Pinehurst No. 2 did during stroke-play qualifying, and so this proven U.S. Open venue is asking Bhatia new questions.

Can you play boring golf?

Can you accept bogey?

Can you commit to firing away from the flag, even with a wedge?

“It’s a mental challenge just to see who can actually do it,” Bhatia said. “It’s different for me.”

“People need to keep in mind that he’s 17. He’s very young. He has a lot of learning to do,” Wilson said. “But some success in an event like this, learning how to stay patient on a hard golf course, it’s a totally different animal.”

Bhatia has all of the junior credentials. He shattered records going back-to-back at the Junior PGA Championship. He won the prestigious invitational at Sage Valley. He reached the finals of the U.S. Junior. He’s claimed a few AJGA invitationals, too. Impressive accomplishments, no doubt, but those were also against kids his own age on soft courses with little rough. 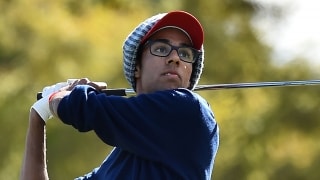 Akshay Bhatia, 17, will make his first PGA Tour start at the Valspar Championship. He plans to turn pro, and skip college, later this year.

And when he plays up a level? There isn’t a large enough sample size to render a verdict. He won the Jones Cup earlier this year, but the event was shortened because of inclement weather. He backdoored a tie for 10th at the European Amateur this summer. He made the cut in a Korn Ferry Tour event. But that’s about it. Even with his pro debut looming, he’s played a surprisingly limited schedule this year in what could have been an attempt to protect his world ranking and earn the automatic Walker Cup exemption; at 17 he’ll be the youngest U.S. team member in history.

But now is the time to turn pro, he said, because he’s never liked school and doesn’t have the attention span for it. If he knows he wants a career in golf, he said, then why not start as soon as possible?

Fair enough, but history has shown that almost every elite American player has benefited from at least some time in college, even if only for a year. Of the 13 Americans in the top 20, only Tony Finau eschewed the collegiate route.

A college team teaches accountability. Time management. Independence. Consistency. Some coaches even believe that Bhatia would benefit from another year in the weight room, that his lithe frame (130 pounds) could break down after a season of travel, range time and long rough.

Manke, Bhatia’s Round of 64 opponent, is entering his junior year at Pepperdine. He was asked whether he would have been ready for pro golf at 17. “Oh, no,” Manke said. “College is definitely the right path for me. There’s different routes for everyone.”

But Bhatia and his team believe this is the best route for him, that he could begin to make inroads this fall when he’ll receive the first of what he hopes will be the maximum seven sponsor exemptions allowed to non-members.

Preparing to make the jump in Wake Forest, North Carolina, he’s received plenty of counsel, including from Wilson, who played a year on the big Tour and also toiled for several seasons on the Korn Ferry circuit.

“The thing I hope for him is that he has success right away, so he doesn’t have to experience some of the things that I’ve had to,” Wilson said. “He should be set up for success early, and I think he’ll be fine.

“But this is a big week for him, both now and for the future.” 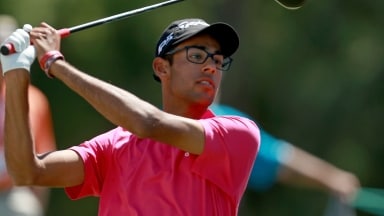 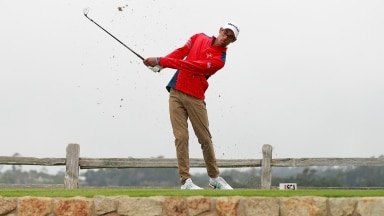 Rather than come up through the college ranks, Akshay Bhatia plans to turn pro at age 18 and has a goal of being the No. 1 player in the world by 2030.