Alice Dye made a name for herself in the golf world 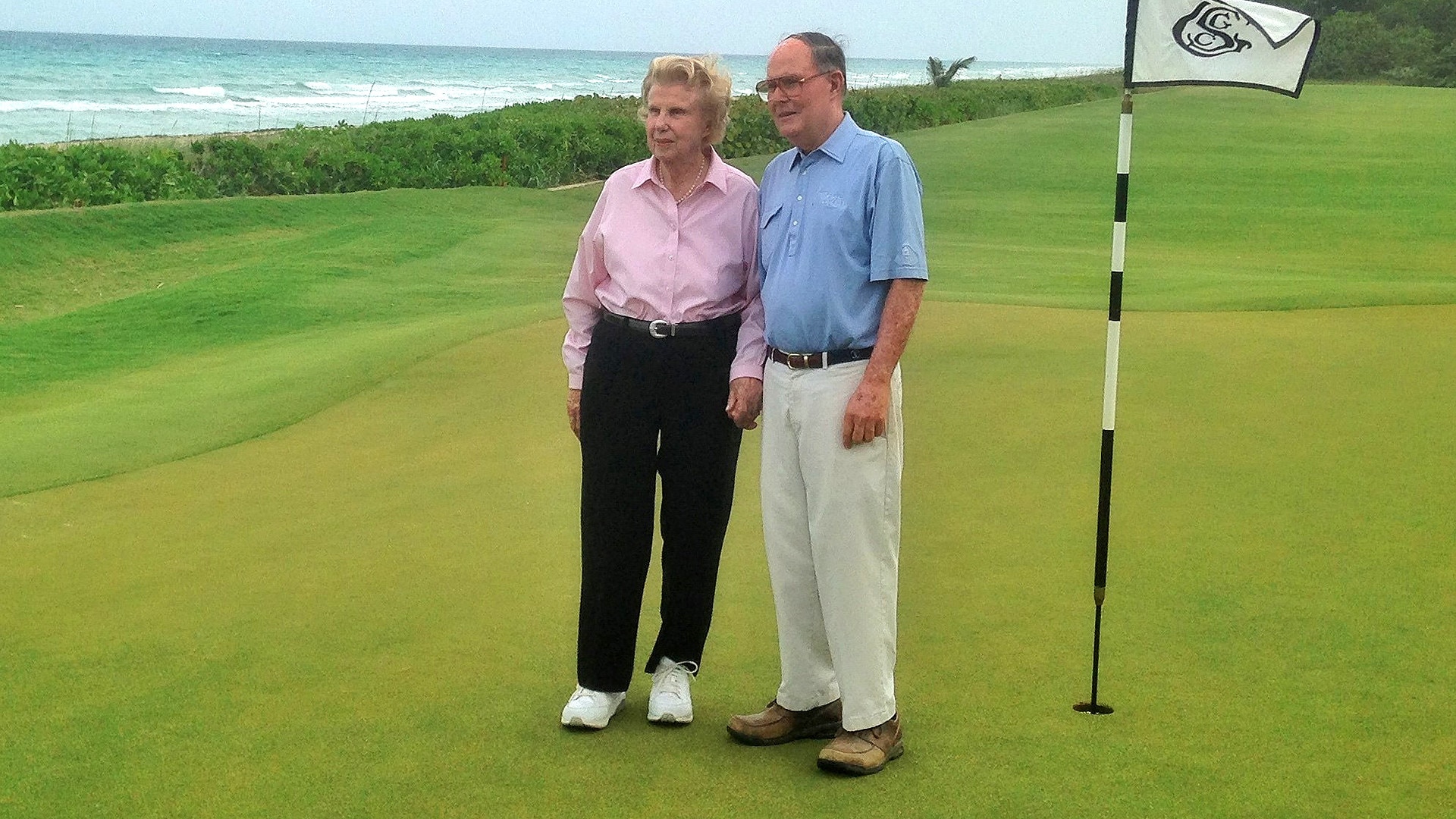 The ‘First Lady’ of American course architecture has died. Alice Holliday O’Neal Dye, 91, of Carmel, Indiana, and Delray Beach, Florida, passed away on Friday. Her cause of death was undetermined.

She is survived by her husband of 68 years, golf course designer Pete Dye; and their two sons, Perry Dye and P.B. (Paul Burke), both prominent course designers.

For all her considerable playing prowess, Alice Dye’s most impressive achievement was as a pioneer in the field of design. She was the business mind behind her husband’s design operation after the two of them abandoned successful careers in insurance during the late 1950s to devote themselves fulltime to the burgeoning trade of course architecture and construction. Alice was every bit Pete’s equal in matters of business management, design and routing, and actual construction in the field. That included turning their front yard into a turf farm for their initial projects in central Indiana. Along the way, she became adept at operating a bulldozer.

Alice Dye’s two most famous contributions to design came on holes that would prove revolutionary. It was her idea during the construction of Harbour Town on Hilton Head Island, South Carolina in the late 1960s to use angled railroad ties as a deflective ornamentation around the pop-up green of the short par-4 13th hole. And a decade later during construction of the TPC Sawgrass-Players Stadium Course, it was Alice who encouraged a dredging process for sand to continue beyond the initially planned scope, to create the stage for what would become the notorious “island-green” par-3 17th hole.

Long before it became fashionable, Alice Dye championed the cause of more equitable forward tees to accommodate players with slower swing speeds. Her focus was not only upon proper yardage, but also angle. It was something she promoted through a series of posters that helped publicize the case. And when her husband became obsessed with lengthening courses after John Daly’s 1991 PGA Championship win at Crooked Stick Golf Club – a course the Dyes designed and where they lived alongside the 18th fairway – it was “Ms. Alice” who had to remind her husband to make sure tees for everyday players did not get out of hand.

Alice Dye was a mentor to dozens of young designers and to hundreds of women who wanted to get into the game, whether as golfers, architects, superintendents or managers. She was the first woman member and the first female president of the American Society of Golf Course Architects and received that body’s Donald Ross Award in 2017 for career achievement. Among her other many honors are a place in the Indiana State Golf Hall of Fame, the Don Rossi Award for Lifetime Achievement in Golf from the Golf Course Builders Association of America, and the USGA’s Ike Grainer Award for Dedicated Service.

At the risk of editorializing, it’s fair to say that the only industry honor that still awaits Alice Dye is membership into the World Golf Hall of Fame.

In her 2004 book, “From Birdies to Bunkers” (co-written with Mark Shaw), Alice Dye provides both a running memoir and fascinating observations about the game. As anyone who knew her experienced firsthand, she was not shy to offer judgment. “Tradition," she wrote, "should not include discrimination." 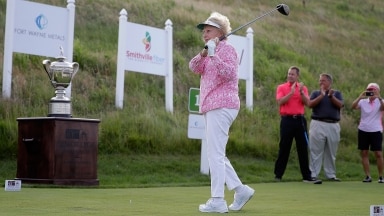 Alice Dye, known as the 'First Lady' of golf course architecture, died Friday. She was 91. Dye was a legendary amateur golfer and helped design some of the game's most well-known venues.