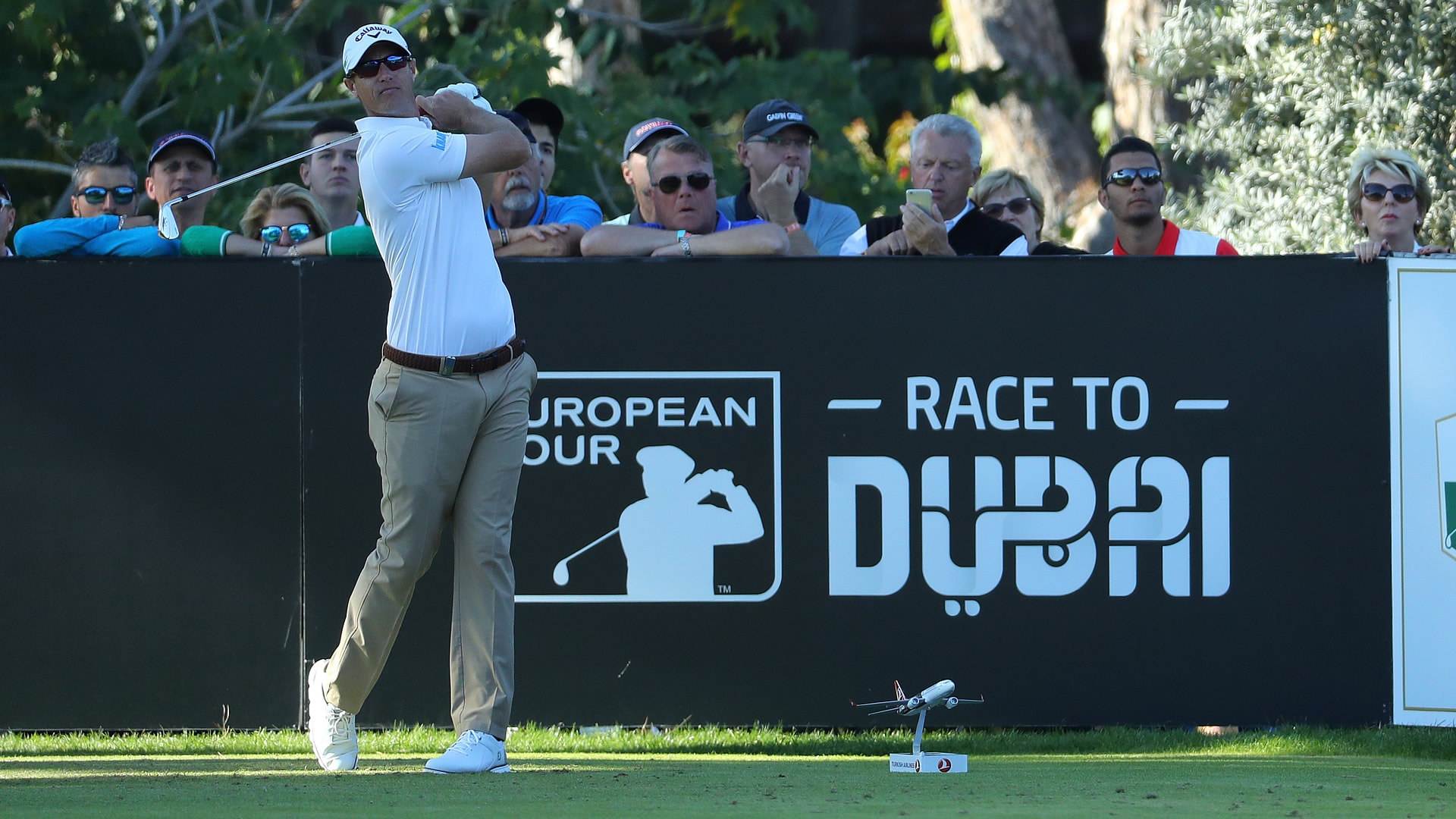 ANTALYA, Turkey – Nicolas Colsaerts shot a second straight 7-under 64 to take a four-stroke lead after the second round of the Turkish Airlines Open on Friday, leaving the big-hitting Belgian in a strong position to end a five-year wait for victory.

Colsaerts picked up shots on four of the first six holes and continued to give himself good birdie chances with his impressive iron play. He then birdied Nos. 11, 12 and 15 in a bogey-free round to get to 14-under 128.

His last European Tour title came in the Volvo World Match Play Championship in 2012, the year he played a key role in Europe's comeback win at the Ryder Cup in the ''Miracle at Medinah.'' Since then, he has slipped to as low as No. 266 in April 2016.

''It's just little things that have to click together,'' said the 135th-ranked Colsaerts, one of the longest hitters on tour. ''We all know there are a lot of guys that can win four or five times a year and don't for a couple of years.

''As long as I keep my head straight and put myself in a good position, I'd like to think I can land a few more wins.''

Eddie Pepperell was Colsaerts' nearest challenger at 10 under overall, after back-to-back rounds of 66.

This time last year, Pepperell was battling to retain his card at the European Tour's qualifying school after missing 16 cuts in 21 events following a tie for eighth in the Irish Open. The 26-year-old Englishman slumped from a career-high of No. 80 to outside the top 500, but is ranked No. 161 after six top-10 finishes this season.

''I'm well aware that it's Q-School this week and next week,'' said Pepperell, who birdied the last two holes. ''And 12 months on, to not be there and to be here is a nice change. I would say I've got a pretty good stranglehold on the key areas of the game and the scoring is reflecting that.''

Kiradech Aphibarnrat is five shots off the pace after shooting 67, with Shane Lowry (66), Stephen Gallacher (65), Matt Fitzpatrick (65) and Matthew Southgate(65) a further stroke back.

Race to Dubai leader Tommy Fleetwood shot 70 and is at 1 under, four strokes behind Justin Rose (68), who is third in the Race to Dubai standings.