Koepka to weight-loss critics: 'I'm going to make me happy' 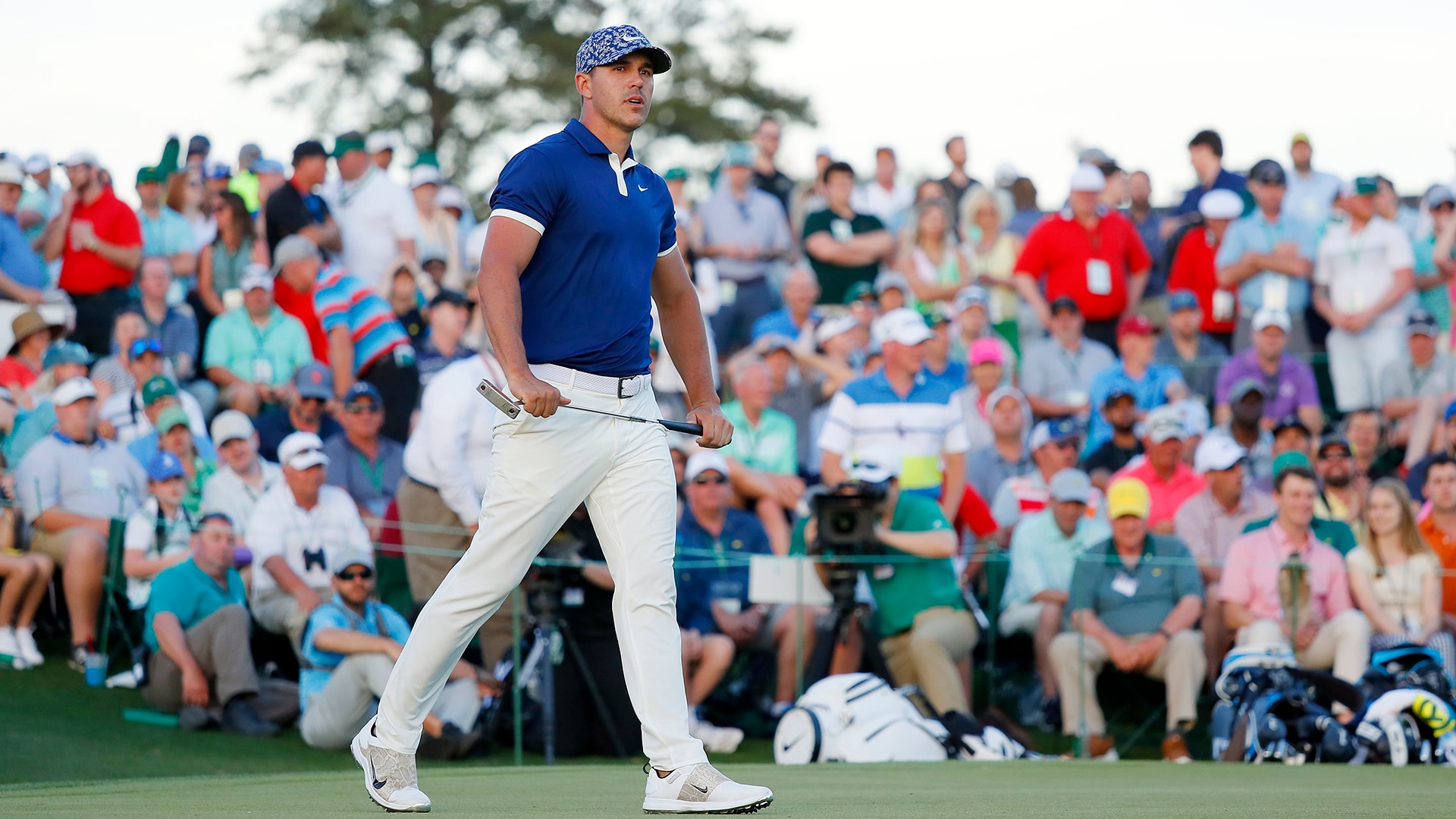 AUGUSTA, Ga. – Brooks Koepka hit back Thursday at the critics saying he’s lost too much weight.

He’s tied for the early lead at the Masters.

Koepka became a target on social media and talk shows after he revealed to GolfChannel.com last month that he intentionally lost nearly 25 pounds. He never publicly said why he cut weight – “You’ll see,” he said – but the move cost him more than 10 yards of distance and sapped him of his energy. Koepka defended the decision at the time, saying it’s “only four months of my career,” but conceded this week that his restrictive, 1,800-calorie-a-day diet was too extreme.

Earlier this week, on “Live From the Masters,” Golf Channel analyst Brandel Chamblee called Koepka’s diet the “most reckless self-sabotage I have ever seen.”

Koepka responded by firing a bogey-free 66 in what he called one of the best ball-striking rounds of his career. He’s tied for the early Masters lead, with Bryson DeChambeau.

Asked to respond to the recent criticism surrounding his weight, Koepka echoed some of his critics when he said: “I lift too many weights, and I'm too big to play golf. And then when I lose weight, I’m too small.”

He added: “I’m going to make me happy. I don’t care what anyone else says.”

Then he looked up at the electronic leaderboard in the Masters press building, where he’s tied at the top.

"I'm doing it for me, and obviously it seems to work."

Brooks Koepka is eager for his shot at a historic three-peat this spring when the PGA Championship heads to TPC Harding Park.