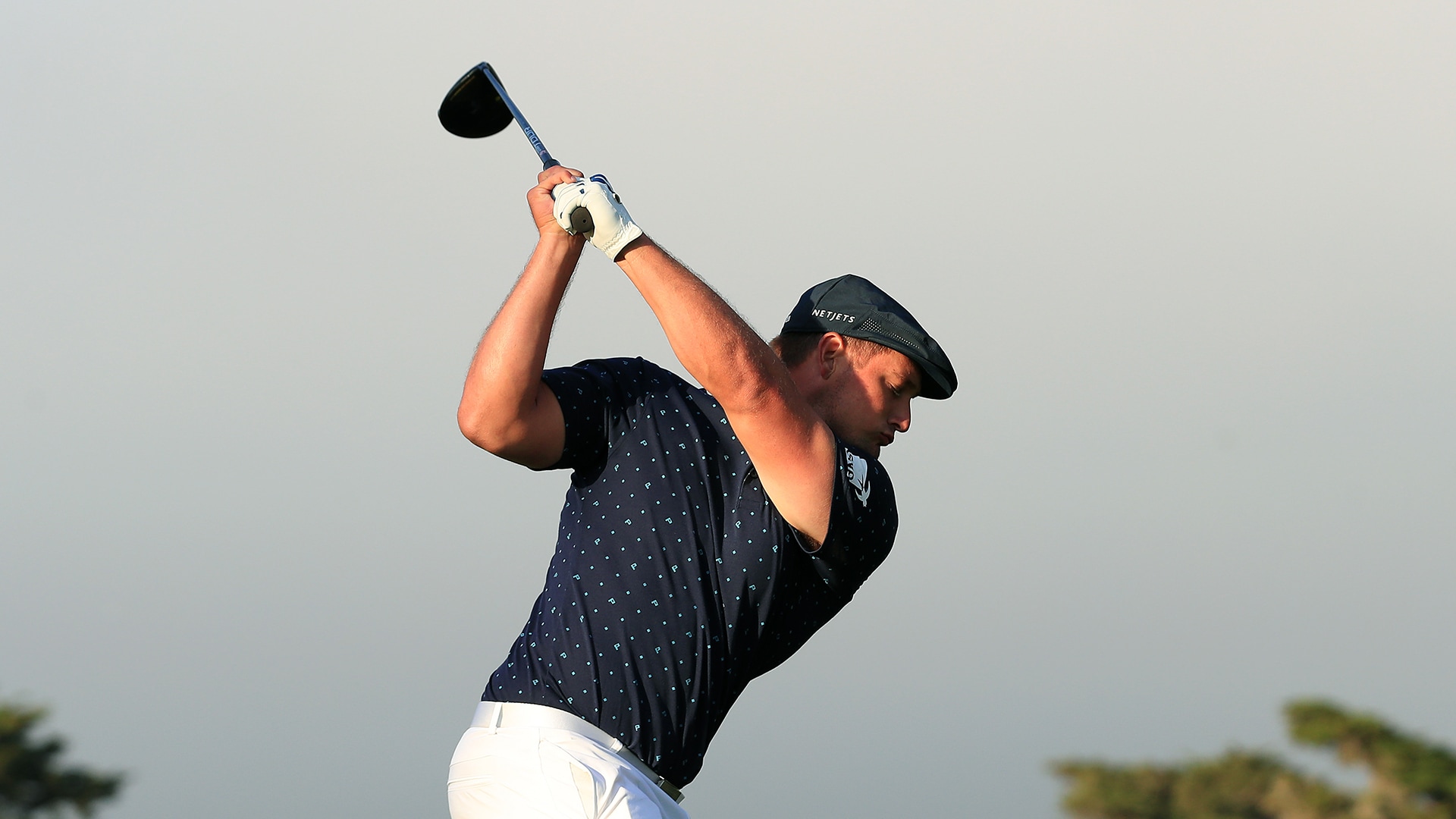 Just two days removed from the Ryder Cup, DeChambeau was in Mesquite, Nevada, for the first round of the Pro Long Driver’s World Championship, and he didn’t just show up; he hung with the top hitters in the field.

Competing in the third of five groups in the open division, DeChambeau finished T-2 of 16 players in his group to easily advance to Wednesday’s field of 64 players. DeChambeau was 100 points behind Scottie Pearman, the fifth-ranked long-driver in the world, and Pearman needed a last-ball effort to win his final set. Otherwise, Pearman would’ve tied DeChambeau and Jim Waldron.

"I felt like I just won something today, won a big PGA tournament, even though I just qualified for the next day," DeChambeau said.

Each group competed in five sets, hitting six balls in each set. Points were earned based on how a player finished in each set, and each set matched up a player with three different competitors from the same group. Winners of each set earned 200 points, second got 100, third 50 and fourth 25 points. Group standings were determined by total points earned.

The top 12 players in each of the five 16-player groups on Tuesday moved on to the next round.

In the first set, DeChambeau hit his first two balls out of bounds before settling in and piping his fifth of six balls 391 yards to finish second in his heat and earn 100 points. He quickly found his groove, hitting just nine of 30 balls out of bounds, best in his group.

Distance-wise, DeChambeau had three of the six longest drives in the first three groups combined. Josh Cassady connected on a downwind 417-yarder and Pearman hit one 413, but DeChambeau was close behind with drives of 412, 408 and 407 yards. He hit the 412-yarder and 407-yarder in back-to-back swings.

However, the biggest hitters were in the final two groups, including top-ranked Kyle Berkshire, who hit 11 drives of 413 yards or more, including a 455-yard pop that paced the field on Tuesday. In all, 13 hitters launched longer drives than DeChambeau, including nine who hit multiple farther than the U.S. Open champion.

If those numbers are any indication, DeChambeau should also advance to Thursday. There will be four groups of 16 players competing on Wednesday, with the top eight from each group moving on to the Round of 16.

"For me, it would mean a lot [to win], no doubt about it," DeChambeau said. "Again, I'm looking at it from the standpoint that I'm kind of an underdog, and if i come out and win, that'd be amazing, but for me, this is again just highlighting these players out here; they're so much faster and they've got a lot of talent."