Bryson hear's 'Brooksie' all day at Memorial and Brooksie responds 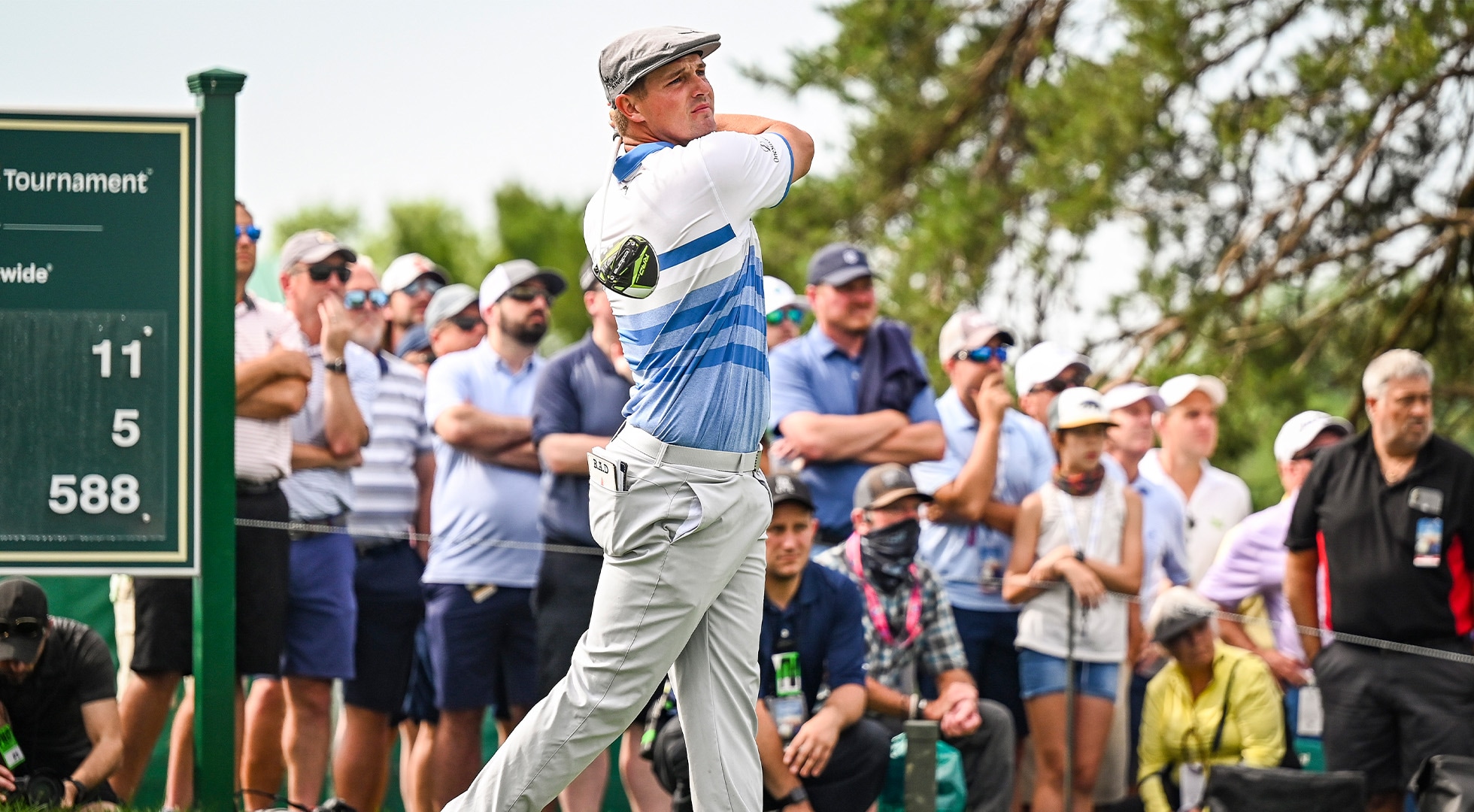 DUBLIN, Ohio – For 33 grueling holes Friday at the Memorial, Bryson DeChambeau was serenaded by choruses of “Let’s go, Brooksie,” but it wasn’t the incessant taunts that made the second day at Muirfield Village such a challenge.

“It was flattering,” DeChambeau said. “They can keep calling me that all day if they want to, I've got no issue with it. Most people they think it's a distraction, but I grew up learning how to deal with that stuff.”

Instead, he said it was Muirfield Village’s thick rough and rolling hills that proved to be the biggest challenge for DeChambeau who followed an opening-round 71 with an even-par 72 at the weather-delayed event. He was tied for 32nd and was four strokes off the lead when he completed his round.

DeChambeau found himself at the center of a social media storm after a viral video that came from Golf Channel showed Brooks Koepka visibly annoyed when DeChambeau walked behind him during an interview at the PGA Championship.

Both players appeared to dismiss the notion that there is any animosity between them in separate social media posts, but on Friday DeChambeau seemed to add some context to the dust-up.

“I've got nothing against [Koepka],” DeChambeau said. “I've got no issues at all. If he wants to play that game, that's great. I'm going to keep trying to play my best game and when it comes down to it, when somebody's that bothered by someone else it is flattering.”

Although there were various reports that DeChambeau had security escort fans who taunted him on Friday off property, he told reporters that he “left that to security.”

While DeChambeau said he wasn’t bothered by any of the teasing, Jordan Spieth, who was paired with DeChambeau for the first two rounds, admitted it could be a distraction.

“Any bad hole, someone was yelling it and then any good hole people were yelling, ‘Go Bryson’ almost louder," Spieth said. "It was like a pseudo rivalry and [Keopka] is not even here.”

The situation has been the talk of the PGA Tour for the last week and most players anticipated a loud reception for DeChambeau from the crowds at Muirfield Village.

Koepka then appeared to escalate the tensions with a video posted on Twitter late Friday thanking the fans at Muirfield Village, where he’s not in the field, for the support and offering a free case of beer to anyone whose time was “cut short” on Friday at the tournament.

“What’s up guys, it’s Brooksie. Thank you for the support. I heard a bunch of you were shouting my name at the golf tournament. I know I’m not playing, but thank you guys for the support,” Koepka said in the video.

“If your time was, I don’t know, cut short at the golf tournament today, [direct message] Michelob Ultra and we’re going to be giving out 50 cases of beer to the first 50 people in case their time was cut short, had any trouble at the tournament. But as a thank you for showing support.”