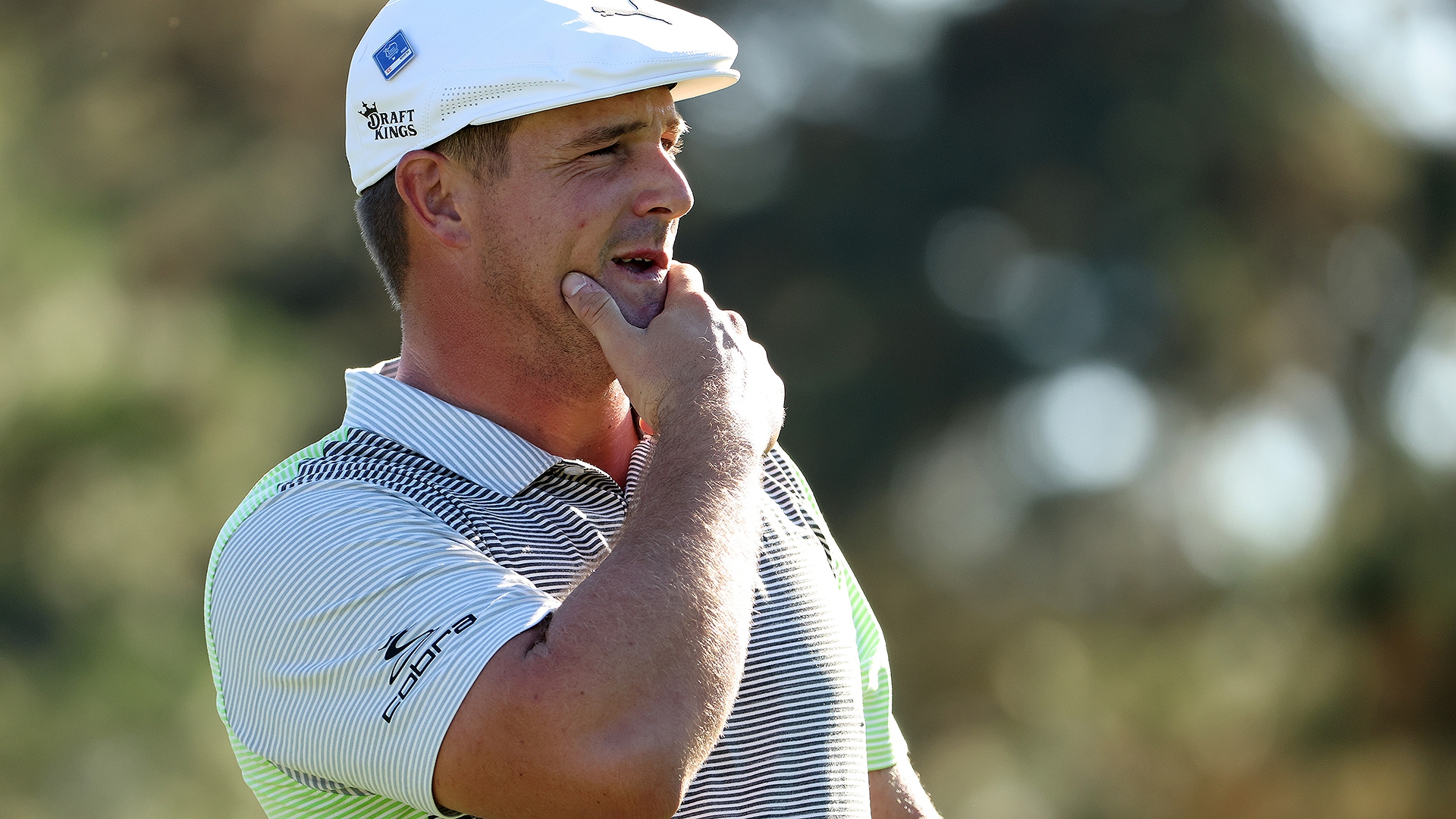 It could be called the Bryson DeChambeau Rule, and it has nothing to do with ridiculously high swing speeds and protein shakes.

While the golf world waits to see what Big Bryson will do this year on the distance front – and, more importantly, how the game’s rules makers might respond to his ever-increasing swing speeds – a new PGA Tour policy will be unleashed this week that isn’t officially named for DeChambeau, but it could be.

Pace of play isn’t a new issue on Tour, but pushback against chronically slow players reached a crescendo in August 2019 when DeChambeau was shown during the telecast of the second round of The Northern Trust pacing off a 70-yard pitch shot and taking more than two minutes to line up an 11-foot putt on the eighth green.

Following decades of indifference toward slow play the Tour, at least partially prompted by public backlash against one of its stars, reimagined its pace-of-play policy and the result was a seismic shift in how slow play is measured and how players are held accountable.

The new policy includes an “observation list,” excessive shot times and increased penalties and fines, but the most important change is how the Tour defines slow play. Instead of focusing on the pace of a single group, which had been the basis of the old policy, the new rules are designed to cast a spotlight on the game’s habitually slow based on hard data.

Beginning this week at the Sentry Tournament of Champions any player with an overall average of 45 second or more per stroke, based on ShotLink data, will be subject to a timing limit of 60 seconds. While the old policy was based on a group’s position to the rest of the field, the new rules allow officials with stopwatches to zero in on the slow at heart, regardless of whether their group is on pace or not.

The policy – which was scheduled to begin last spring at the RBC Heritage but was pushed back because of the COVID-19 pandemic – also allows officials to issue “excessive shot times” for any player who takes more than 120 seconds to hit a shot. We’re talking to you, Bryson.

Older Tour types will roll their eyes when asked about slow play. It’s part of Tour life, they contend, and there’s nothing anyone can do about it. But based on early reaction to the new rules, the circuit seems to have finally taken a step in the right direction.

“I don’t think it’s all the way there, but I think it’s going to help,” Lucas Glover said. “The guy has to know [he’s slow]. If you don’t identify the individual, then they can make the argument that it’s everybody [who is slow]. But now that they’re being told and shown that, no, it’s you, and everybody knows it. Nobody wants that reputation.”

Glover, who is one of the Tour’s faster players, has not always been as confident that the pace-of-play policy could make a difference but he’s seen how increased scrutiny and some tough honesty can impact an individual player.

“Kevin Na. 100 percent. Dramatically [improved],” said Glover, when asked to give an example of a player who has improved his pace of play. “Sergio [Garcia] is another one, because he went from the hand thing [pre-swing waggle] to getting out of that because there was some personal ridicule. Using those two as an example, nobody wants that reputation. Nobody wants to be seen holding up our playing partners. Nobody would intentionally do that. I’ve played with Kevin a couple times the last couple of years and it’s not even an issue anymore. Kudos to him.”

Officials are confident that the educational element of the new rule will have a similar impact across the Tour. If nothing else, the new policy, which details how long players are taking on specific shots and how they can improve their pace, has already opened some eyes.

Harris English felt like he was a fast player until he was approached by a Tour official last fall and informed that he was averaging 44 seconds per shot, which is just outside the limit to be added to the observation list.

“I think it will help,” English said. “Guys that know they are slow and not doing anything about it is the problem. Overall, guys have to play with good pace. [The Tour official] broke down the stats and on the putting green is where I’m the slowest. I like how they break it down so guys can really learn about what areas they are slow in.”

How much other players embrace the new policy, however, will likely depend on how thoroughly it’s enforced. Among the changes to the rule, players receiving two bad timings during a tournament, compared to two bad timings in a single round under the old rule, will be given a one-stroke penalty.

What’s already started to change are individual habits, which is an accomplishment worth celebrating considering that Thursday’s opening round in Maui will be the policy’s maiden voyage. DeChambeau might not appreciate his association with the new pace-of-play rule but the “Bryson policy” is off to a solid start.