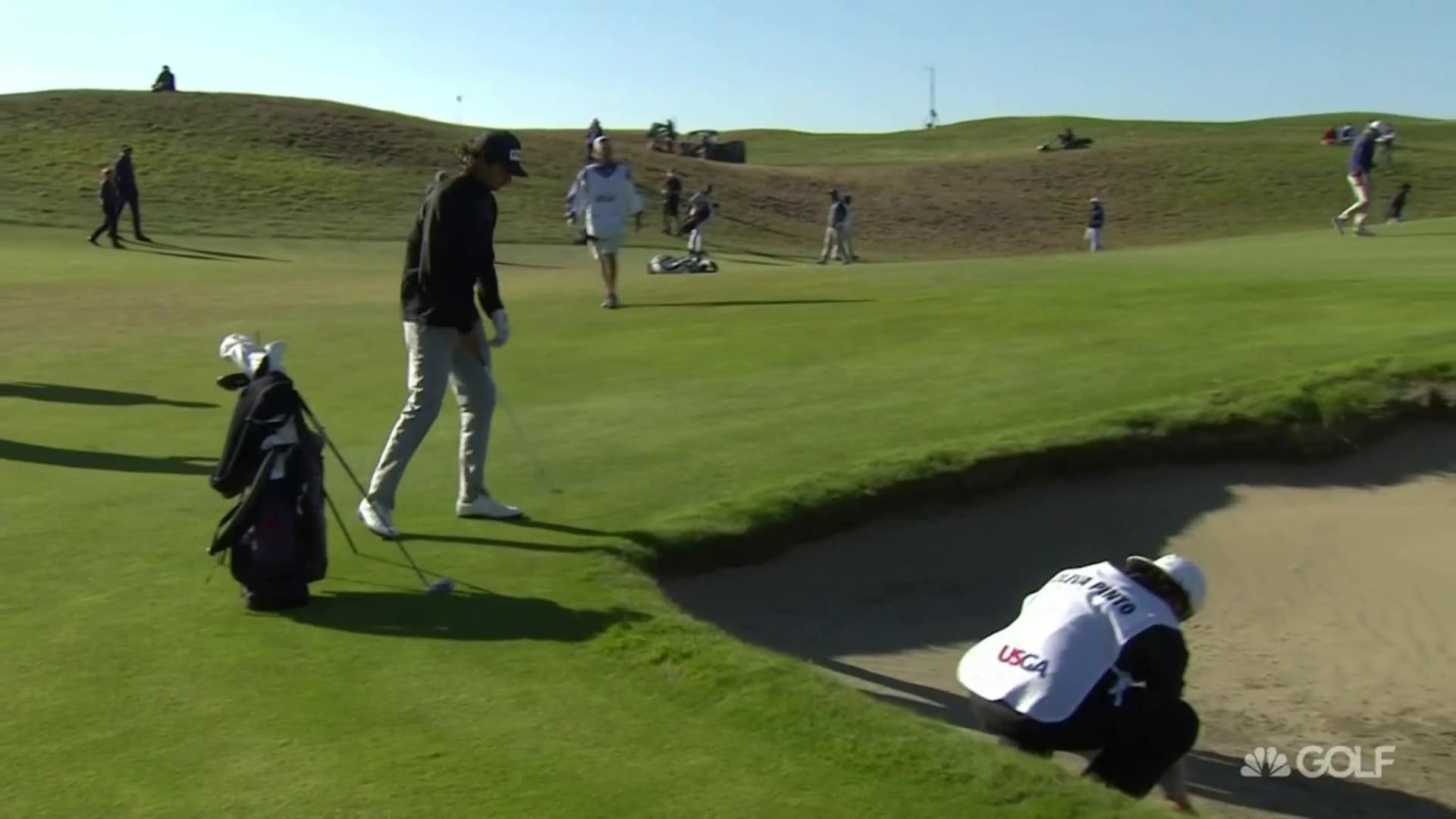 Tied with Georgia Tech’s Tyler Strafaci in their Round of 16 match, Oliva Pinto was preparing to hit his fourth shot from the front greenside bunker at the par-5 finishing hole when TV cameras showed Oliva Pinto’s caddie, a local looper named Brant Brewer, bend down and brush the sand.

Strafaci’s caddie, dad Frank Jr., witnessed Brewer and called for a rules official. After a lengthy discussion, Brewer was determined to have touched the sand, a violation of Rule 12.2b, which states a player or caddie must not “deliberately touch sand in the bunker with a hand, club, rake or other object to test the condition of the sand to learn information for the next stroke.”

The penalty was a loss of hole – and for Oliva Pinto, the match, as well.

“I didn’t touch the sand,” Brewer could be heard saying as he discussed what had happened with the official. He reaffirmed his comments as he walked toward the clubhouse.

Oliva Pinto, who transferred to Arkansas this summer, couldn’t hide his devastation. He said he was focusing on playing his shot and didn’t see Brewer touch the sand.

“As soon as I get back there, the referee comes up and asks my caddie what happened, and I’m completely shocked," Oliva Pinto said. "I’m just trying to get this shot near [the hole] and try and make an up-and-down and win the match. He touched the sand or something, and that’s a penalty.”

Strafaci comes from a family of successful amateur players (his grandfather, Frank, captured a pair of titles at the North and South Amateur, a tournament Strafaci won earlier this summer). He and his dad said they’ve never seen anything like it.

“I was reading my putt and saw him duck down. I didn’t see him touch the sand, so I didn’t think I was right to make a decision on it, but my dad saw it and he’s going to fight to the death for me,” said Tyler Strafaci, who moves on to face Stewart Hagestad in Friday’s quarterfinals.

“It sucks that it came down to that because it was a phenomenal match.”

Oliva Pinto added that his caddie offered no explanation.