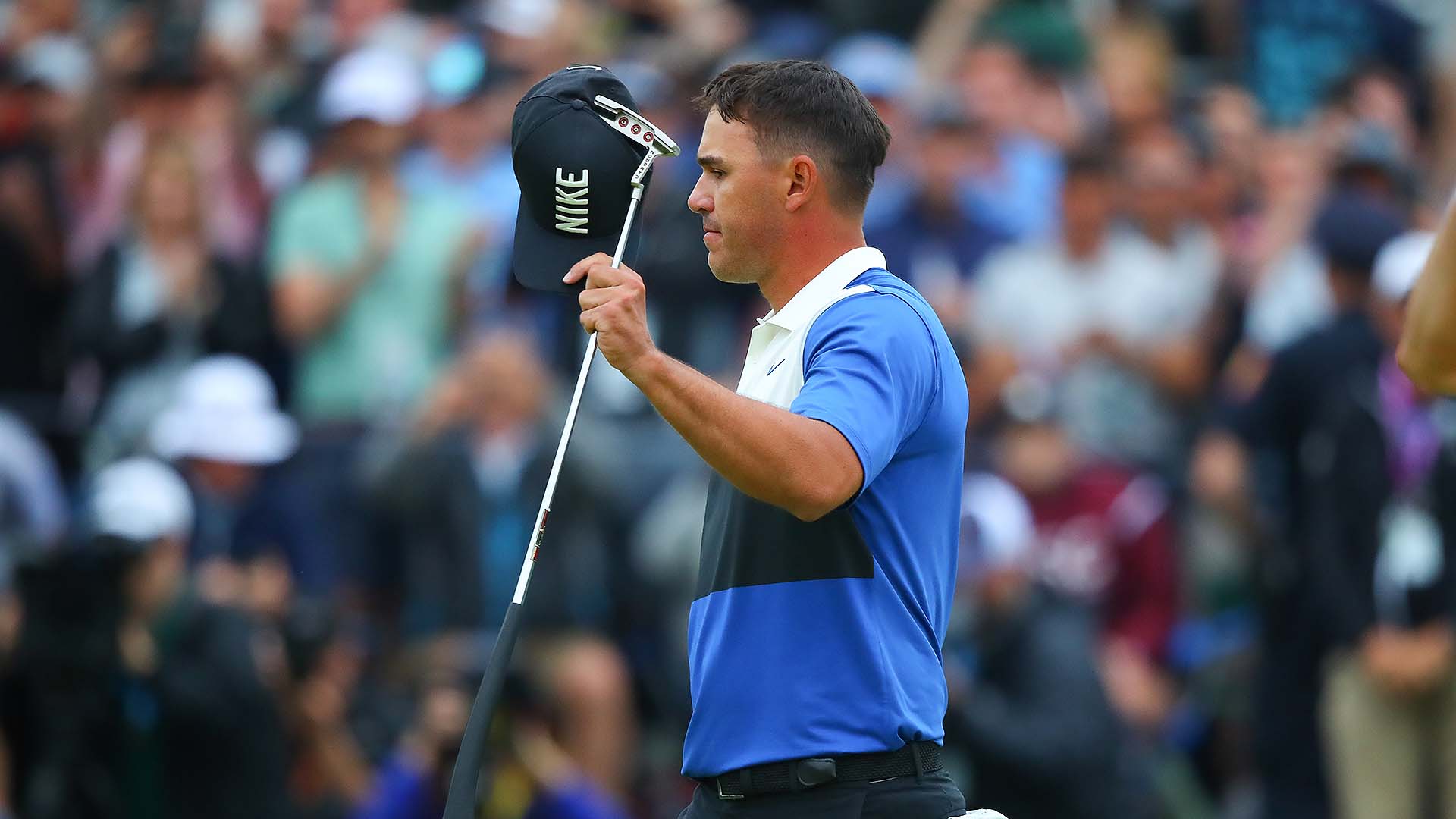 FARMINGDALE, N.Y. – With the familiar glint of his own reflection once again staring back at him from the rim of the Wanamaker Trophy, Brooks Koepka was assigned the unenviable task of assessing what he had just accomplished. Another major down, another title retained.

Koepka was the clear alpha male last week at Bethpage, as those players who teed off in the afternoon wave Thursday spent the entirety of their PGA Championship experience staring up at his name atop the Black Course leaderboards.

It’s a fourth major title, and his third in the last five contested. At this point he’s moving so fast, the ink is barely able to dry before the history books require a revision.

“It’s been incredibly quick, I know that,” Koepka said. “I don’t think I even thought I was going to do it that fast. I don’t think anybody did, and to be standing here today with four majors, it’s mind-blowing.”

The accolades from Koepka’s dominant performance are still pouring in. He became the fastest ever to go from zero to four majors, and after celebrating his 27th birthday with just a single PGA Tour victory to his credit, he captured his fourth major just weeks after turning 29.

It’s been a whirlwind transformation from an also-ran to an all-time great. But the dizzying speed with which he’s pulled it off might make it difficult to appreciate the magnitude of the achievement in real time.

“It’s kind of an outlier situation,” said Rickie Fowler. “You’re not supposed to get four that quick, or that easy. Not to say that it has been easy, but he’s made it look easy.”

Too often in a culture replete with hot takes, fans and media alike can become prisoners of the moment. Recency bias is a constant temptress, making the conquests we just witnessed seem much more important in a historical context than they might eventually appear.

But with Koepka’s torrid stretch over the last two years, it’s somehow worked in the opposite direction. Afforded little time to process what he’s done before he’s added another achievement to the list, we might end up short-changing what will inevitably become one of the greatest heaters the game has ever seen.

“People don’t realize how hard it is to get from zero to four really quickly,” said Jason Day. “He’s playing some amazing golf, and the last time I saw someone do that was Rory.”

Koepka’s major haul has now tied that of Rory McIlroy, with only Woods and Phil Mickelson ahead of them among active players. But McIlroy’s wins were stretched across a four-year span, still compact enough to have many wondering if he might be on a trajectory to rival Woods and Jack Nicklaus when he left Valhalla in 2014.

Mickelson’s fourth major came six years after his first. Ernie Els’ four titles encompassed an 18-year window, while Ray Floyd, whose dominant, wire-to-wire win at the 1976 Masters and steely determination drew comparisons to Koepka over the weekend, won his fourth major 17 years after his maiden triumph. Those arcs offered plenty of time to savor each chapter and appreciate the ascent into rarified air, from major champ to multiple winner to Hall-of-Famer.

In this regard, even the two greatest players ever can’t keep pace with Koepka. Woods won his fourth major a little more than three years after his first, while Nicklaus reached No. 4 in just shy of three years.

Although delineating the boundaries of a golfer’s prime is a fool’s errand, Koepka has undoubtedly capitalized on his with unprecedented efficiency.

It’s a viewpoint that has ample merit from a man who made the most of his time in the sun. Harrington captured three majors in a 14-month span, while Woods’ peak engineered the Tiger Slam and seven majors in an 11-tournament stretch. Jordan Spieth came within a few shots of winning the single-season Grand Slam in 2015, and he very well might spend the next two decades being compared against his former self.

For Koepka, it’s 24 months and counting. The nonchalance with which he threw out the target of 10 majors titles at the beginning of the week, a mark reached by only three players in history, was jarring. But it reflects the notion that no one, least of all Koepka, believes he’s done collecting hardware.

Still, there is no exit sign aglow when a player begins his descent from the summit. Arnold Palmer was done winning his seven majors by age 34, while Tom Watson won his eighth and final at age 33 despite a memorable runner-up decades later. Harrington has only contended once in a major since defending his Open title at Royal Birkdale in 2008.

Even McIlroy’s recent drought, while unexpected, has served in some ways to make his previous victories seem all the more impressive. Majors just aren’t that easy to win, even when you’ve done it before with some regularity.

Such could be the case for Koepka, who in a matter of months has reached a plateau others have needed a decade or more to find. This is more than just a hot streak; this is one of the best to ever play the game condensing an entire career’s worth of celebrations into a Congressional term in office while showing no signs of slowing down.

But in a sport that often marries greatness with sustained excellence, Koepka’s achievements might only get their just due once he flashes a little mortality. Until then, the record keepers will have a fresh pen at the ready.

“It’s hard to peak all your life,” Harrington said. “Otherwise, it wouldn’t be a peak.” 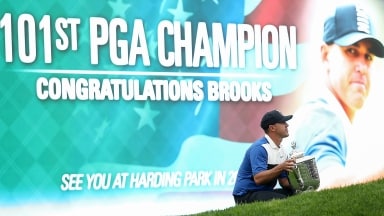 Brooks Koepka won his second straight PGA and collected nearly $2 million in the process. Here's a look at how the purse was paid out at Bethpage Black.