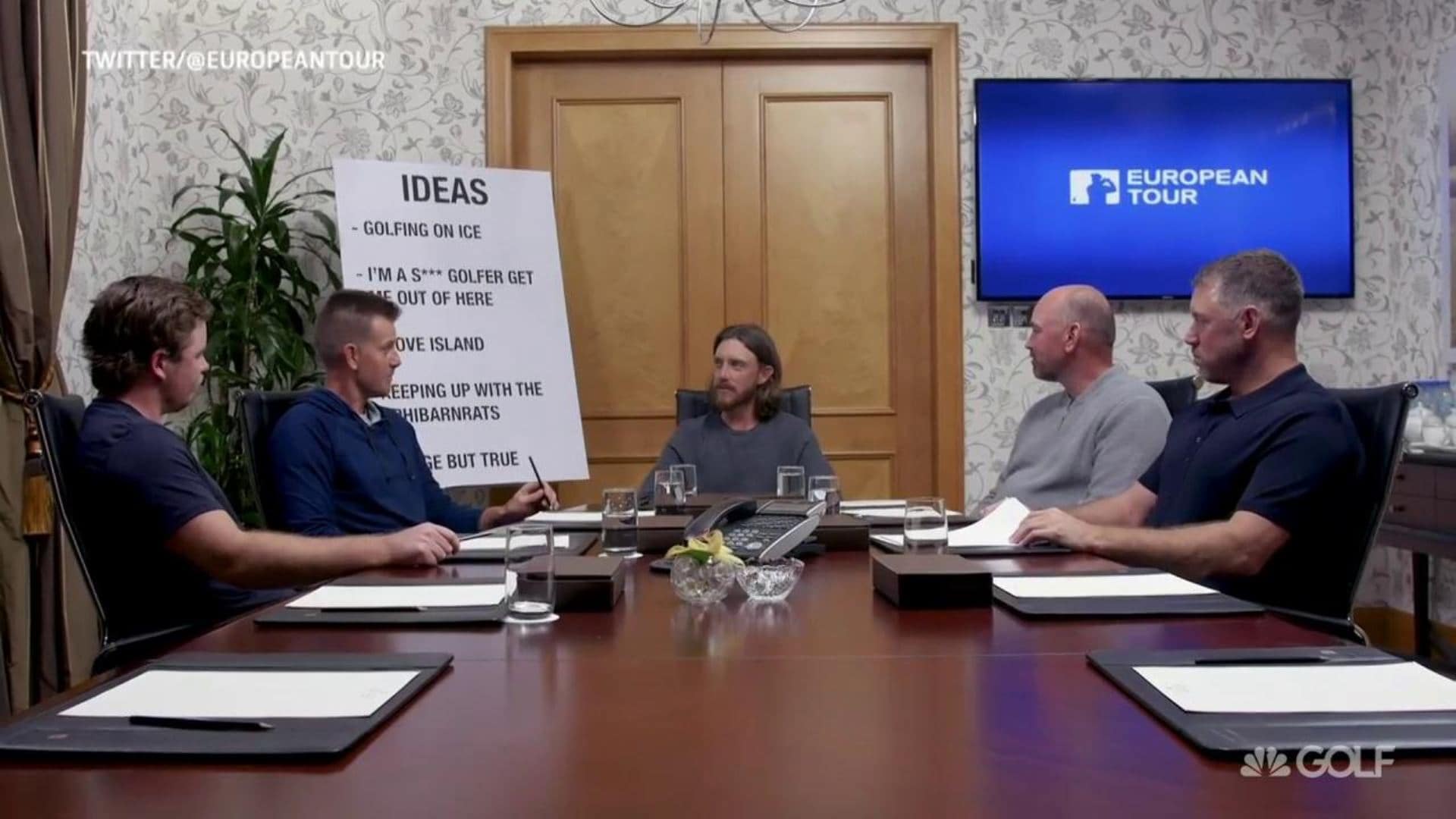 Be on the lookout for “Monty’s Pythons.”

That’s the name of the segment that the five European Tour stars pitched during the “Content Committee” video that debuted on the European Tour’s social-media channels last week. Henrik Stenson suggested a clip of Colin Montgomerie talking about some of the biggest snakes he’s seen during his years on tour. The 5-minute video ends with Tommy Fleetwood answering Montgomerie’s phone call.

Monty revealed Wednesday that he believes that tour is “going to go forward” with the idea.

“I’m very worried, actually, very concerned, that this becomes reality, because my one great fear in life is snakes,” he said, laughing, while meeting with reporters Wednesday at the Dubai Desert Classic. “So there’s a bit of an issue there, isn’t there?

“So a slight problem, but I think it’s going to go forward with it. I spoke to Henrik Stenson this morning and Tommy Fleetwood and they want to take this forward, so good luck to them. I hope they enjoy it.”

Monty may not have been up for such hijinks during the prime of his career, but now 55, while playing full-time in the States on the PGA Tour Champions, he’s beginning to see the benefits of promoting the tour in a “modern way.” He and the rest of the senior players even have a mandatory social-media meeting in a few weeks.

“It’s the life we live in here, and if you don’t embrace it, you fall behind,” he said. “Whether you are a fan of it, like it or hate it, it’s here and you’ve got to go with it.”