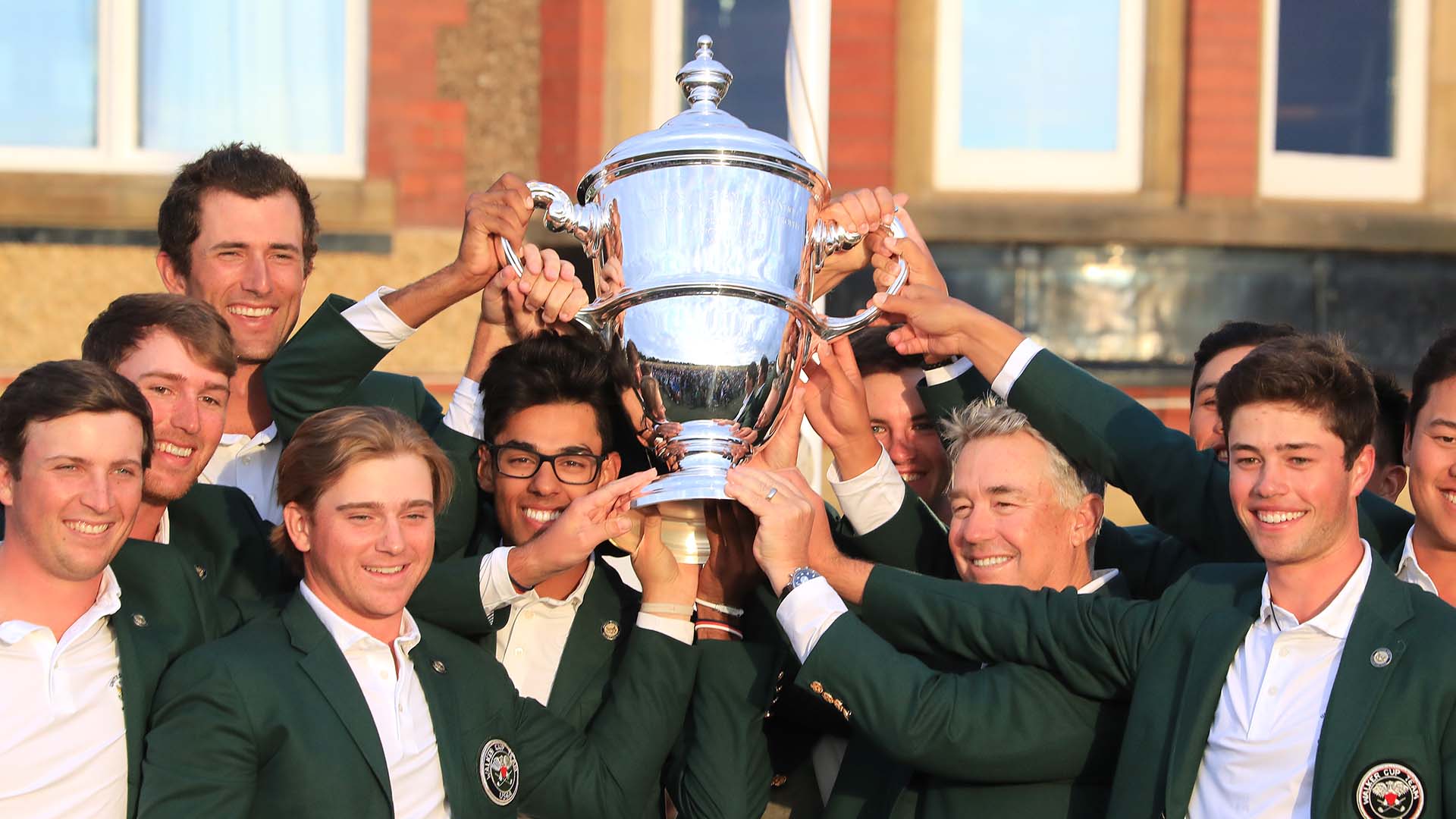 With the 2019 Walker Cup in the books, it’s time to start looking ahead to the 2021 match at Seminole Golf Club.

The Donald Ross design in Juno Beach, Fla., will open its doors to the public for the first time when it hosts the biennial match-play competition between the U.S. and Great Britain and Ireland in two years. And since Seminole is closed for the summer, it will be the site of the first spring Walker Cup on U.S. soil.

The playing dates will be May 8-9, so Seminole should be in great shape and the weather, aside from threat of rain, should be an improvement over the usual time frame, which is in the height of hurricane season. (Florida has been affected by major hurricanes during the last two Walker Cup weeks.)

Of course, the switch from September also presents plenty of new challenges.

For one, the dates are sandwiched between conference and regional tournaments, so while college players who make the Walker Cup would not miss any tournaments, they could return for regionals worn out from a demanding week. (This year’s U.S. Walker Cup team played six rounds of practice at Pinehurst a week before leaving for England, and then practiced for six days in the leadup to the four-session event at Royal Liverpool.

“Not ideal,” said one college coach.

There are also potential school conflicts. Some schools have ended by early May, but others are either still in session, in the middle of final exams or holding commencements. There’s a possibility that the 2020 U.S. Amateur champion could miss two weeks of class, one in April for the Masters and another for the Walker Cup, not including time away for college tournaments.

“I could see a player agreeing to play but not arrive a week early,” said another college coach.

And then there’s a shortened qualifying period. There will be just one summer amateur schedule between now and the next Walker Cup. Next year’s U.S. Amateur champion will earn an exemption. Spring college events and winter amateur tournaments, most notably the Jones Cup, will get added importance in 2021.

“Everybody knows what a special place Seminole is, and it's kind of weird we only have one summer left of amateur golf in between that,” said Cole Hammer, a Texas sophomore and 2019 Walker Cupper. “It's coming up quickly. It doesn't really feel like two years from now. That'll be an interesting deal.”

This is a bigger issue for the GB&I side, as many of its players don’t play college golf. Only the Lytham Trophy will have been played before the team is selected.

“Can we go to Australia and Dubai and South Africa to potentially scout some of the players?” said this year’s GB&I captain Craig Watson. “Because that’s where they’ll be playing.”

There is one huge positive of a Walker Cup in May: it makes the event even more relevant.

If this year’s match was played in the spring, the U.S. team likely would’ve had Matthew Wolff and Collin Morikawa on it. Both players turned pro after NCAAs, and both went on to win PGA Tour events this summer.

The May dates mean top amateurs won’t have to choose between leaving pro starts on the table and staying amateur to play the Walker Cup. It gives some of this year’s Walker Cuppers – Hammer, John Pak, Alex Fitzpatrick, Connor Gough – a chance to compete again, something that not too many players do anymore. And it will likely keep guys such as Austin Eckroat, Noah Goodwin, Brandon Mancheno and Davis Shore in the U.S. pool.

Hammer said there’s no question that he’ll tee it up at Seminole if selected.

“That’s not a decision at all,” he said. “If we're lucky enough to have the opportunity to play on that team again, we're not missing it for the world.”

1. Arizona State opened its season with a statement win at the Maui Jim Intercollegiate at Mirabel Country Club in Scottsdale, Ariz., not too far from this season’s NCAA Championship site, Grayhawk Golf Club. The Sun Devils bested rival Arizona by seven shots on the desert layout and were 13 strokes better than fourth-place Pepperdine, considered along with Arizona State and Texas to be among the early NCAA title contenders. Sophomore Cameron Sisk, who broke Jon Rahm’s school freshman scoring record, took the individual title at 14 under. “Cam was unbeatable,” Sun Devils coach Matt Thurmond said. “I knew that type of performance would come from him and it's pretty cool to start the season with it.”

2. The Greg Robertson era at Oklahoma State began with a victory as the Cowgirls won the Trinity Forest Invitational. Oklahoma State was led by top-10s from freshmen Isabella Fierro and Hailey Jones as Robertson joined current Oklahoma State men’s coach Alan Bratton as the only women’s coaches in school history to win their first event.

3. The Notre Dame men are 2-0 to start the season, following last week’s win at the Badger Invitational with a five-shot victory at the Windon Memorial. The Fighting Irish beat a field that included runner-up Ole Miss, South Florida (third) and Marquette (T-4).

4. Wake Forest entered the final round of the Rod Myers Invitational trailing Duke by six shots but rallied to beat the Blue Devils by three. The Demon Deacons placed four players in the top 10, including GB&I Walker Cupper Alex Fitzpatrick, who tied for ninth.

5. Davis Thompson took medalist honors as Georgia picked up its first win of the season, at the Jim Rivers Intercollegiate. The Bulldogs, who placed fourth at the Carmel Cup, have gotten a combined five top-10s from Thompson, Spencer Ralston and Trent Phillips this fall.

Last season’s Annika Award winner Maria Fassi joined Annika Sorenstam and the Alabama women’s team in singing “Take Me Out To The Ballgame” Monday night at the Twins game.

The Annika Intercollegiate will conclude Wednesday at Royal Golf Club in Lake Elmo, Minn., as Wake Forest and Demon Deacons freshman Rachel Kuehn take leads into the final round. USC, Arkansas and Texas will be among the chasers. Coming up, the Vanderbilt women host the Mason Rudolph, which runs Friday-Sunday. On the men’s side, the star-studded Olympia Fields/Fighting Illini Invitational kicks off Friday while SMU hosts the Trinity Forest Invitational, which begins Sunday. 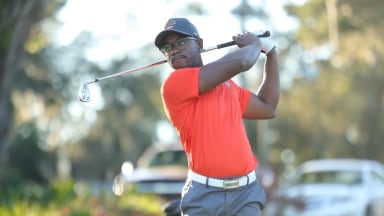 In this week's college golf notebook, we take a look at a new partnership between PGA Tour U and the APGA, and highlight FAMU's Mulbe Dillard. 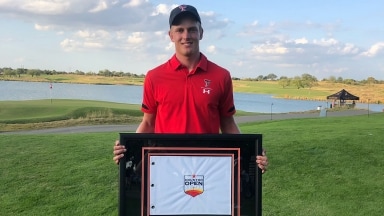