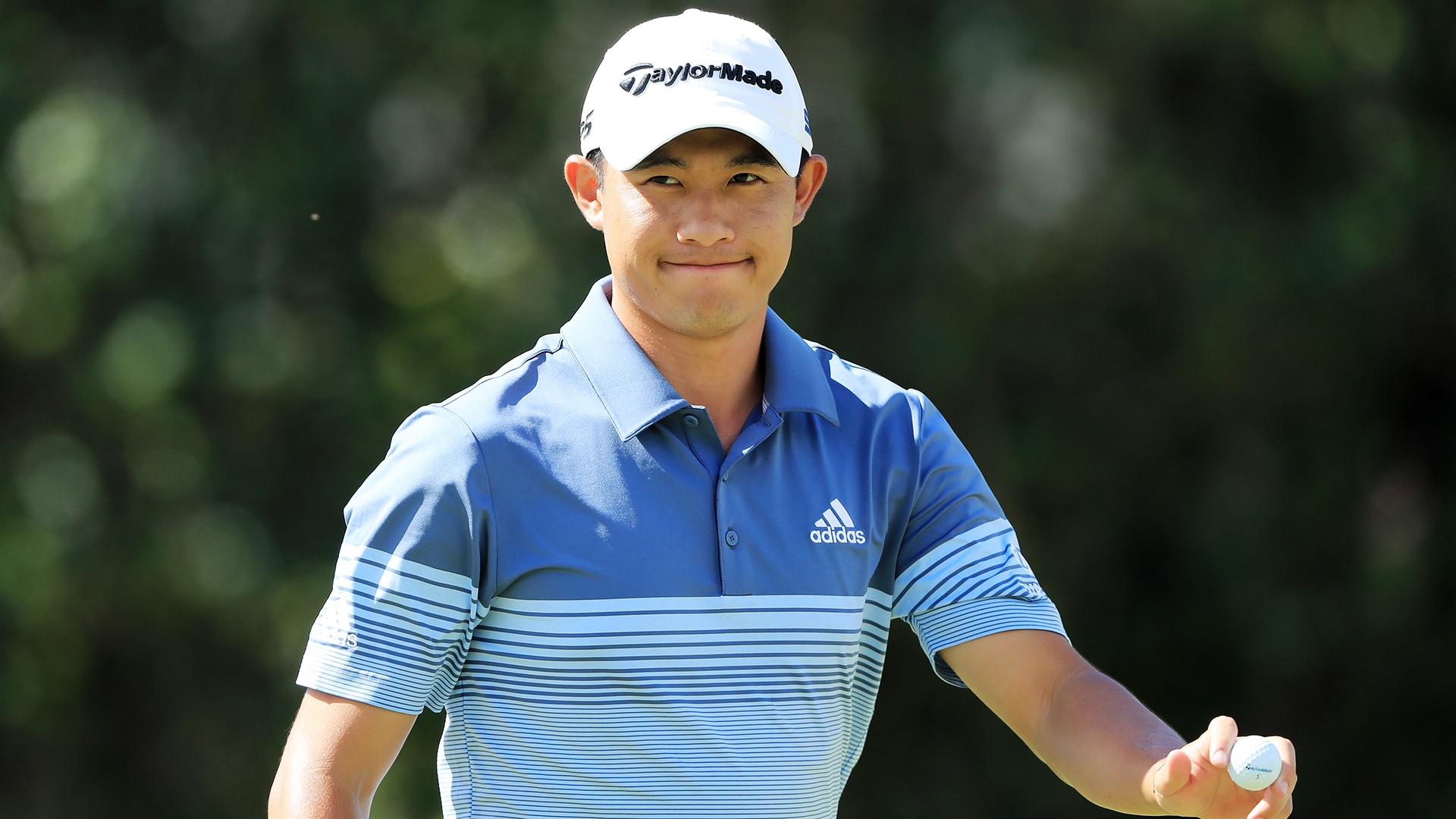 Collin Morikawa set the pace during a blustery opening round Thursday at Waialae Country Club, taking a two-shot lead at the Sony Open. Here's what you need to know:

Morikawa seems to be enjoying his fortnight in Hawaii. After tying for seventh in his debut last week at the Sentry Tournament of Champions, Morikawa fired the only bogey-free round of the day at Waialae, a 5-under 65, which marks the best round of his young PGA Tour career and ties his best Tour round in relation to par.

For as much as Morikawa has been compared to peers Matthew Wolff and Viktor Hovland since turning pro last summer, the Cal product is well ahead of both in the world rankings (Hovland is No. 92, Wolff No. 98) and top-10s (Morikawa has six while Hovland has three and Wolff has one, albeit a win at the 3M Open).

But despite winning the Barracuda Championship last season, Morikawa, unlike Wolff, is not yet in the Masters field. However, at No. 55 in the Official World Golf Ranking, Morikawa is on the cusp of earning his invite to Augusta National. The top 50 as of March 30 qualify. He is already qualified for the PGA Championship but he could also secure U.S. Open and Open Championship berths via his world ranking. Two top-60 cutoffs remain for Winged Foot while top 50 earns a ticket to Royal St. George's.

A victory – or even another top-10 – could go a long way in getting Morikawa a spot in every major this year.

On a windy day in Honolulu, Morikawa hit half his fairways and missed five greens. He also led the field in strokes gained: tee-to-green – that's how tough the conditions were Thursday. Morikawa also topped the field in proximity to the hole (23 feet, 6 inches), which explains why he also didn't make a single putt of 10 feet or longer.

Morikawa birdied Nos. 11 and 18 before adding three on his second nine, at Nos. 4, 5 and 9. Three of those birdie putts came from 7 feet and in.

While the 22-year-old Morikawa tops the leaderboard, the chasing pack, for the most part, is anything but youthful.

Aside from 30-year-old Sam Ryder, the three other players tied for second have a combined age of 108 – Ryan Palmer (43), Matt Jones (39) and Ted Potter Jr. (36). Palmer has three straight top-20s entering this week while Jones is coming off his victory at the Australian Open. Potter, though, has missed five straight cuts and has just one top-10 finish since his victory at the 2018 AT&T Pebble Beach Pro-Am.

A week after winning in a playoff at Kapalua, Justin Thomas bogeyed three of his first five holes and ended up with an opening 2-over 72. Shockingly, Thomas led the field in strokes gained: off-the-tee. He also lost more than two strokes on the field on and around the greens.

Fourteen players did not finish their first round before play was suspended due to darkness at 6:10 p.m. local time. Those players will resume play at 7:45 a.m. Friday morning to finish their opening round.