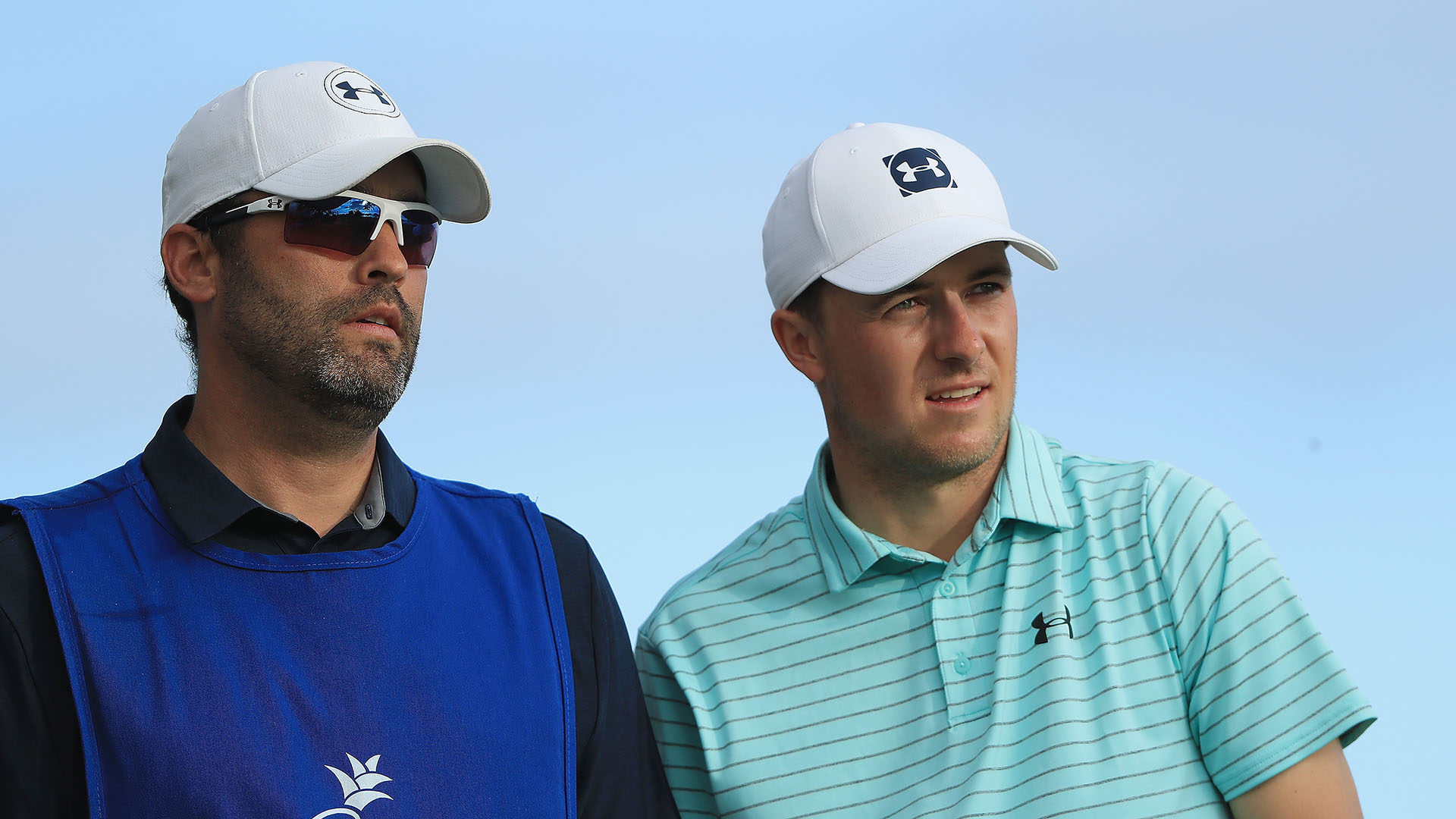 HONOLULU – The Sony Open features the year’s first cut and there was no shortage of material: From a distance debate that just won’t go away to Jordan Spieth, who is only going home at the moment.

From strength to strength. Cut Line has applauded the PGA Tour’s strength-of-field requirement that was introduced in 2016. Officials and players had debated for years how to get players – particularly marquee players – to add events to their schedules, and the requirement has proven to be a surprisingly simple answer.

The rule proved its worth even more in recent weeks after Jordan Spieth and Ian Poulter failed to fulfill the requirement last season. Instead of fining them, the Tour negotiated much better terms.

Spieth added not one but two new events to his schedule this season (Shriners Hospitals for Children Open and Mayakoba Golf Classic) and Poulter played both Hawaii stops while also hosting eight guests from the Wyndham Championship at his house in Orlando, Fla.

The requirement also drew Rory McIlroy to the Sentry Tournament of Champions last week for the first time in his career. Finding solutions to complicated problems is never easy, but it certainly is refreshing.

Consider it settled. Speaking of settling problems, when the Tour announced in November that its ongoing legal battle with Vijay Singh had been settled, there was an assumption that the circuit paid the Fijian to put an end to more than five years of court wrangling.

That notion was reinforced this week when Cut Line asked Singh about the settlement. Although a confidentiality agreement prevented him from disclosing any terms of the settlement, he did seem pleased to move beyond the distraction of the lawsuit.

“I can get on and do my own stuff and not worry about anything anymore,” he said. “I think both sides are happy, although I might be just a little bit happier.”

The Tour was sloppy in handling Singh’s 2013 suspension for an anti-doping violation that wasn’t. If a hefty “settlement” keeps that from happening again consider it a win-win.

Going the distance. It took exactly three days for the distance debate to resurface this year.

Last Saturday in Maui, Tour commissioner Jay Monahan was asked if he had any concerns over last season’s jump in average driving distance on the circuit, from 292 yards in 2016-17 to 296 yards.

Monahan’s final point is worth noting following last week’s stop in Maui. During the 2017-18 season, seven of the year’s 10 longest drives came on the Plantation Course’s steep and firm fairways. That will change this season with just three of this season’s longest drives coming at Kapalua after just nine events.

Heavy rains the week before the year lid-lifter in Maui and a planned renovation to the course after last week’s tournament produced some of the slowest conditions in recent memory. As a result, the Tour’s current driving average (291 yards) is a yard less than it was at this point last year.

The driving debate is sure to rage as players get younger and stronger, but ignoring the impact conditions have on those numbers is simply ignoring the facts.

When a drop isn’t a drop. Midway through his opening round last week in Maui, Andrew Landry was doing what he’s done hundreds of times in his career – taking a drop.

With his arm extended to shoulder height, Landry’s mundane routine was interrupted by Marc Leishman, who was playing in the group behind Landry. At the same moment, a Tour rules official began racing to Landry’s location in the fairway to correct what is now an incorrect drop.

Under the new Rules of Golf, players are required to drop from knee height. Landry quickly corrected his mistake, but expect moments like this to become the norm in the coming months as decades old routines clash with the new rules.

“You drop it knee height, but like what's the advantage of dropping it shoulder height? Actually probably a disadvantage, so why can't you still do that?” asked Jordan Spieth, who had to be corrected not once but twice during his opening round at the Sony Open. “It's like a frustrating asterisk that I have to pick it up and re-drop from your knee.”

Tour types will figure it out eventually, but just like’s Pavlov’s dogs this will take some time.

Homa, who has become something of a social media savant with his humorous and self-deprecating takes, posted this missive on Wednesday with a picture of his locker at the Sony Open with a card identifying his locker that was handwritten.

Most other lockers at Waialae Country Club had signs with players’ names printed on them. Yep, play better.

No end in sight. Jordan Spieth took a predictably optimistic tone earlier this week when asked about his expectations at the Sony Open. Following a pedestrian season in 2018 that didn’t feature any victories or a trip to the Tour Championship, he also revealed that his offseason wasn’t as intense as one might think.

“I just had very limited work compared to other years past. I think that was good for me,” he said.

The light workload may have been good for Spieth’s psyche, but it proved to be a liability in his first start of 2019. He posted rounds of 73-66 to miss the cut, and his struggles on the greens largely persisted.

Spieth ranked 82nd in strokes gained: putting for the week. He needed 30 putts on Thursday and was only slightly better on Day 2 with 27.

With a particularly busy stretch of top events leading into the Masters and again toward the end of the season after The Open, Scott said he went with a simple approach when picking his 2019 schedule.

“I thought I'll just play the ones I like and that make sense to play. At the moment I have not scheduled a World Golf Championship because they don't fall in the right weeks for me,” Scott said. “I feel like there are good tournaments right around them that are a preferred option. I thought that was interesting for my schedule change. I wouldn't have thought that was the case, but that is the case at the moment.”

Scott currently plans to skip the WGC-Mexico Championship, WGC-Dell Technologies Match Play and WGC-FedEx St. Jude Invitational despite being currently qualified for all of them. He may have been the first to choose convenience and comfort for his schedule, but he won’t be the last.