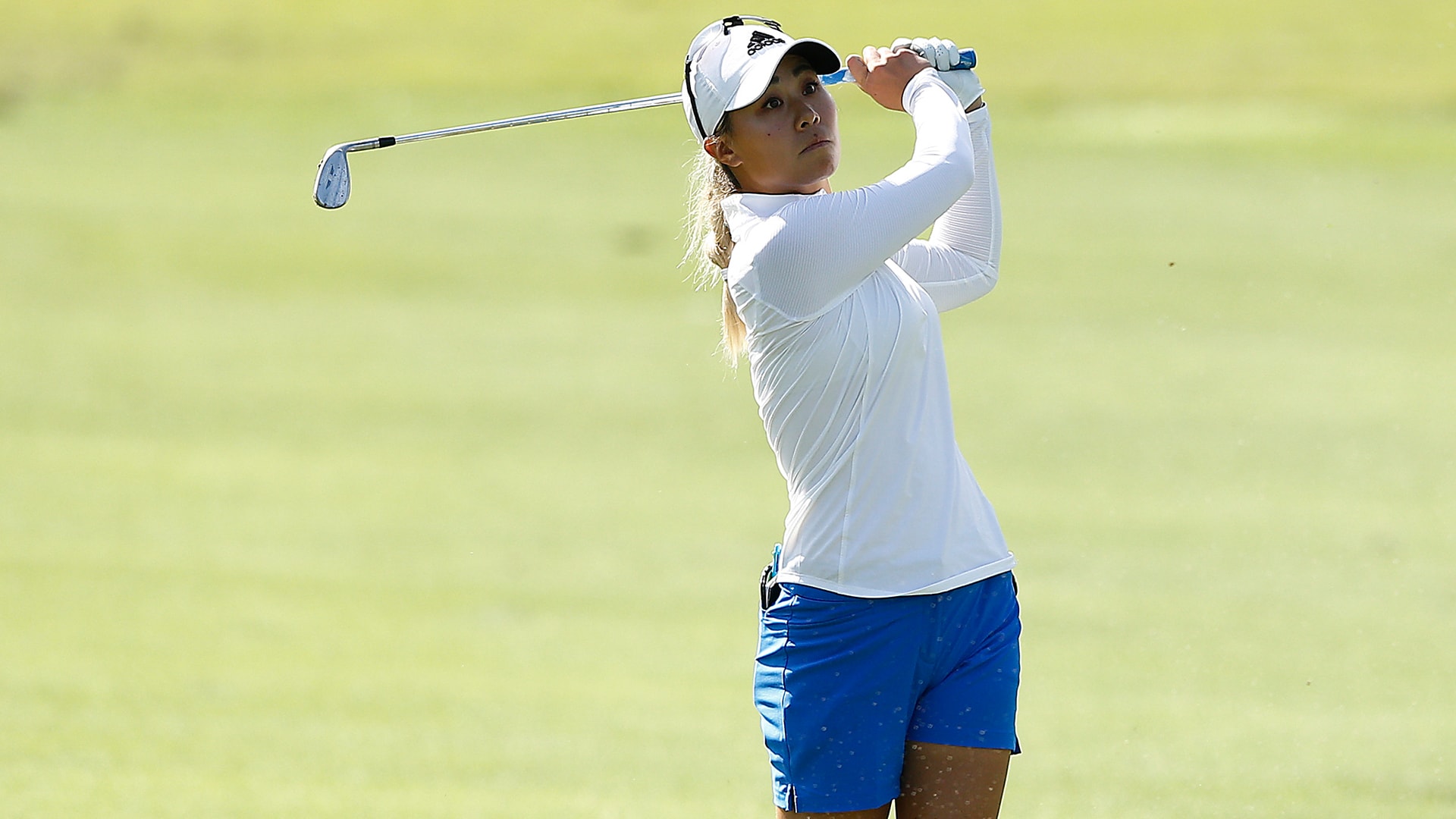 LAKE BUENA VISTA, Fla. — Danielle Kang stepped to the tee at the treacherous par-3 finishing hole at the LPGA’s season-opening Diamond Resorts Tournament of Champions on Thursday and had a bit of a problem. Standing 204 yards from the flag stick, she told her caddie that she didn’t have a club for the shot.

That’s when she got creative, choosing a 5-wood and hitting a huge cut that traveled perfectly before settling 18 feet below the hole. She missed the putt that had 4 feet of break. But the tee shot summed up just how good her day had gone.

Kang birdied half the holes at Four Seasons Golf and Sports Club, made a single bogey, and her 8-under 63 was enough to carve out a two-shot lead.

Gaby Lopez, Angela Stanford and Inbee Park, recently named the LPGA’s player of the decade, each opened at 65. Lexi Thompson was in a group at 5-under 66. Twenty-one of the 26 players broke par.

Temperatures in the low 80s and gentle winds made scoring conducive for the elite field of 26 LPGA players who won tournaments the past two seasons. The pros share the stage with 49 celebrities who compete for their own purse using a modified Stableford system.

Kang, 27, is a three-time champion on the LPGA and winner of one major (2017 KPMG Women's PGA) who has climbed to No. 4 in the Rolex Rankings. She finished strongly in 2019, placing third or better in her final three starts, which included a victory in China at the Buick LPGA Shanghai. 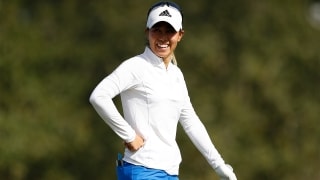 Kang said she really never took an offseason since her last start in Florida in late November, taking part in outings in Hawaii and Palm Springs and spending time working with renowned instructor Butch Harmon in Las Vegas.

She was excited to learn she’d be paired with country singer Lee Brice, with whom she played in this event a year ago. When she started making birdies - she made six over her first 10 holes – Brice and another country artist in the group, Cole Swindell, kept the atmosphere light and kept pushing her to go lower.

Stanford, 42, who won her first major championship in 2018 at the Evian Championship, was disappointed in her 2019 season. She said she has worked hard in the offseason, and on Thursday her extra work paid nicely. Starting on the 10th hole, she kept her scorecard clean, making six birdies and no bogeys. She wants to challenge herself this season to keep up with the tour’s younger up-and-coming stars. Stanford even is training to run the Los Angeles Marathon in March. She was pleased to get off to such a quick start. 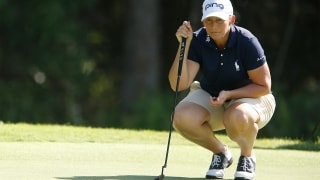 Former MLB pitcher Mark Mulder, the Diamond Resorts champion in 2017 and three-time winner of the American Century Championships at Lake Tahoe, surged out to a three-point lead in the celebrity division, with 42 points. Former MLB reliever Eric Gagne and military veteran Chad Pfiefer, who plays with a prosthetic leg, finished with 39 points, one point more than two-time champion and former tennis pro Mardy Fish. 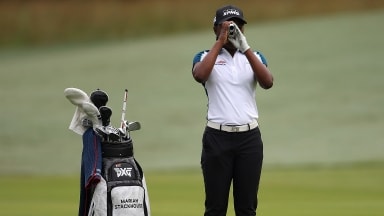