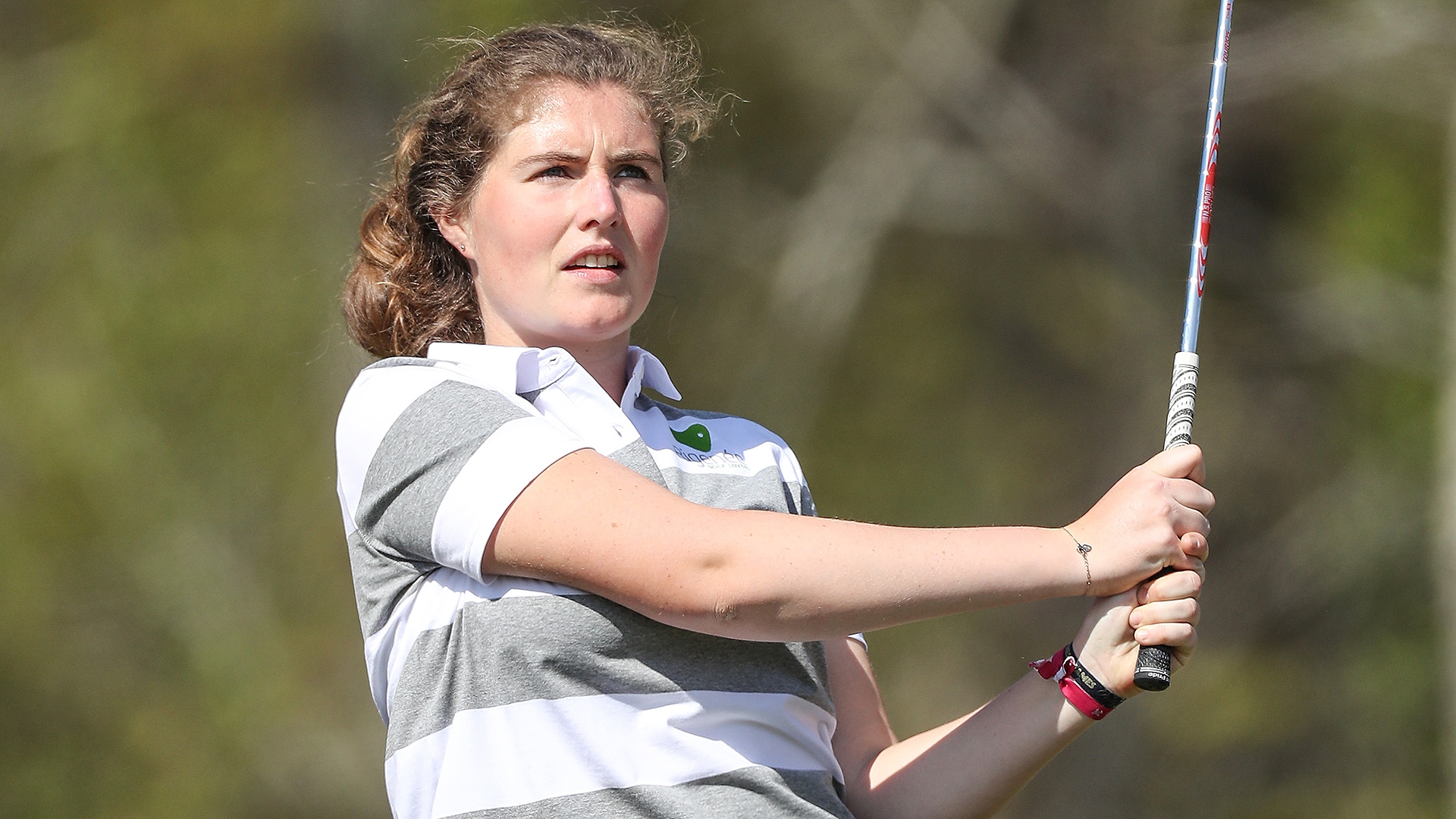 Louis had just shot the worst score of anyone in the field here at the Augusta National Women’s Amateur, an opening 16-over 88 that left her with virtually no chance of making the top-30 cut and advancing to the third and final round Saturday at Augusta National.

And yet, throughout our interview, she spoke thoughtfully. She smiled. She even laughed at times.

“It was really tough – I just wasn’t in it, from even the first hole,” she said. “I was so stressed and paralyzed. But I hope tomorrow is going to be better. I’m having fun. That’s the least I can do at the moment.”

In a field full of U.S. college stars and decorated juniors, Louis is an outlier. Whereas most players geared up for this premier event while competing in top-tier college tournaments, or practicing at a state-of-the-art facility, Louis, who lives in Brussels, has had to make do in less-than-ideal circumstances.

This is her first tournament in six months, since she tied for 77th at the European Ladies Amateur Championship last September. Women’s amateur events are hard to come by normally in Europe, and they’re even more scarce in these COVID times.

Practice time has been limited, too. Courses in Belgium were closed last spring because of the virus. Louis tried to stay sharp by hitting balls into a net in her backyard, but she went three months without seeing a ball in full flight. Even when the courses reopened last May, golfers – even the top amateurs in the country – were capped at one hour of practice time per day. Gearing up for this tournament, Louis braved a snowstorm and tried to log 15 hours of practice time a week, one hour at a time, hopping on the tram from one course a half-hour away to another 45 minutes down the road.

“It’s another world,” she said. “It makes it more difficult than a lot of these girls.”

It’s worth pointing out here that Louis wasn’t a special invitee; she qualified to be among the 82 competitors at Champions Retreat. She’s a highly accomplished player, once reaching the quarterfinals of the Girls’ British Amateur and tying for third in a professional event. She won four events in 2018 and then added six more top-10 finishes in 2019, peaking at No. 46 in the World Amateur Golf Ranking and earning her an invitation to the inaugural ANWA. Though she missed the cut in 2019, she felt as though she belonged. That she was one of them. She would have qualified again last year, but the event was canceled. Still, because of her lofty world ranking at the time, she was exempt into this year’s edition.

“I’m one of the players who shouldn’t be invited if it was this year only, so I don’t know ...” she said, her voice tailing off. She currently sits at No. 186 in the world, based both on inactivity and poor play. “I felt like, OK, I’ve got to do my best, but my best maybe isn’t going to be good enough.”

Having played Champions Retreat before (she missed the 36-hole cut in 2019 after rounds of 79-75), she knew what to expect. So in her limited time on the range mats, she worked to hit the ball higher, wanting to stop the ball as quickly as possible. But there is no course in Europe that could adequately prepare her for the challenge on and around these greens, which are slick, grainy and undulating.

“It’s impossible to practice that at home,” she said, which is part of the reason why she carded 12 bogeys, a double and a triple with just one birdie in her opening round. “That’s just the kind of life we live in Europe.

“I felt like, OK, let’s see what’s going to happen. I’m not as prepared as I would hope, but let’s go. Let’s go do this. Let’s go see what comes. And unfortunately, it didn’t come out the right way.”

Of course, there are worse places to have a blowup tournament. All week players are treated like royalty, with glamorous dinners in the Augusta National clubhouse and Berckmans Place, and Louis is more comfortable in those settings having befriended a few of the French players, including one of the tournament favorites, Pauline Roussin-Bouchard. Everyone in the field – even those who miss the cut – play a practice round Friday at Augusta National. Two years ago, Louis took a photo of nearly every shot she hit in the practice round. When she flipped through her camera roll a few months later, she could only laugh.

“Like, what am I going to do with this?” she said.

Now, her competitive chances all but over, she wants to set new goals at Augusta: to beat her practice-round score of 75 ... and to smile more.