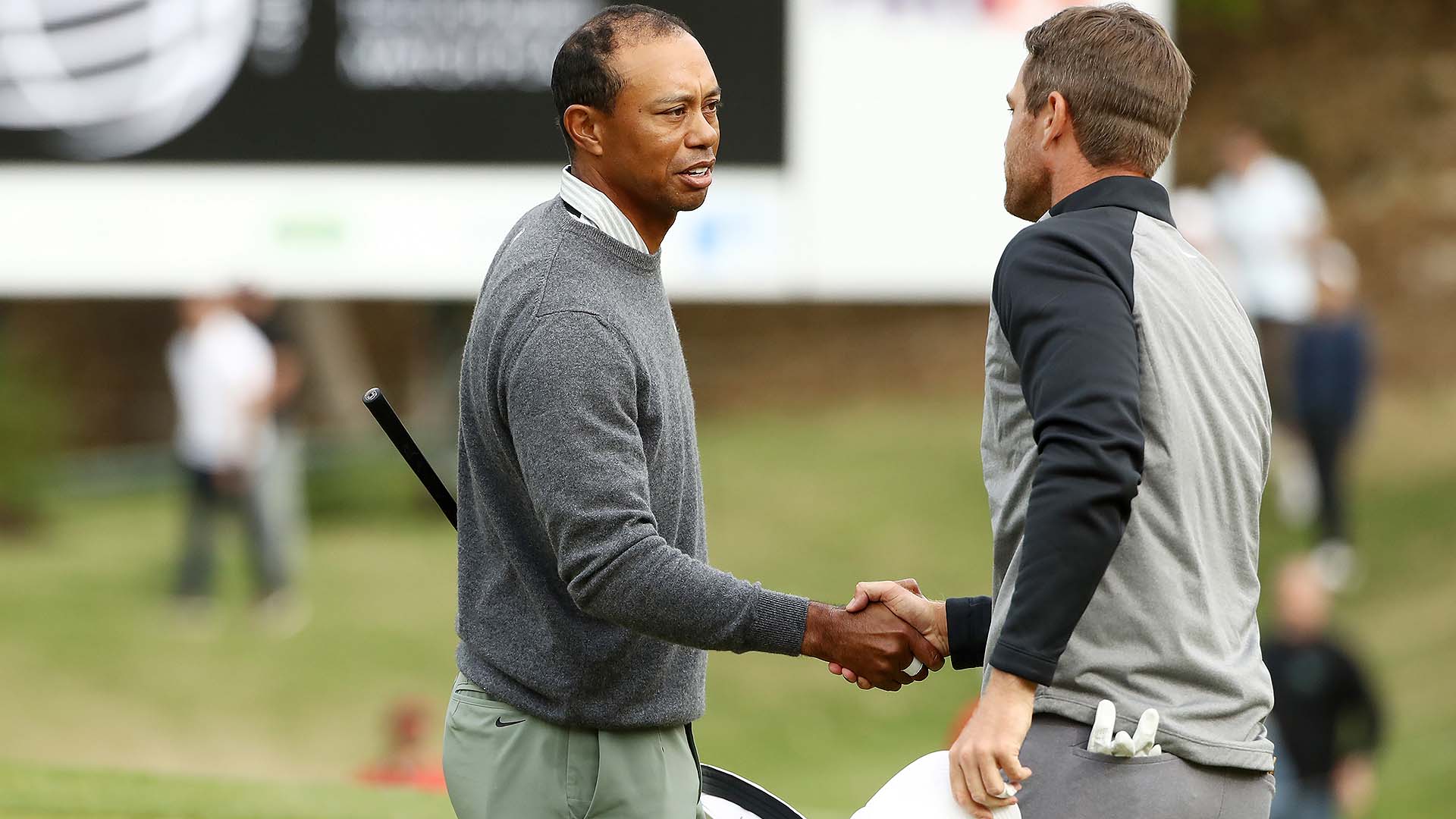 Getty Images
“I dreamt about it. I didn't think it was ever going to come true. But I've definitely seen myself on the practice putting green when I was 10 years old making a putt to beat him or in a major or something like that. I won't lie.” - Lucas Bjerregaard said about Tiger Woods, after he defeated him, 1 up, at the WGC-Match Play, advancing to the semifinals.  -

The 27-year-old Dane stared down Tiger Woods on Saturday and knocked him out of the WGC-Dell Technologies Match Play.

Bjerregaard won their quarterfinal match, 1 up, when Woods lipped out a 5-footer for par on the 18th hole that would have sent the match to extras.

Bjerregaard, who like most other junior golfers of his generation grew up idolizing Woods, didn’t try to play it cool after the match.

“Yeah, I dreamt about it,” he said. “I didn't think it was ever going to come true. But I've definitely seen myself on the practice putting green when I was 10 years old making a putt to beat him or in a major or something like that. I won't lie.”

Bjerregaard didn’t hole a closing putt on 18 – his par was conceded – but he did stun Woods with a 30-footer for eagle at 16 and a bending 13-footer for birdie at 17. The first putt returned the match to all square and the second one kept it even heading to the 18th hole.

Bjerregaard made a handful of clutch putts on the back nine, but counted the left-to-righter at 17 as the most important. “Because I knew he wasn't going to miss his,” he said. “So I knew that was – that had to go in.”

Bjerregaard started considering the possibility of a quarterfinal match with Woods on Friday night, but had to stop himself from looking past Henrik Stenson, whom he defeated, 3 and 2, Saturday morning.

Bjerregaard went back and forth all match between trying to enjoy the circus that is a round with Woods and trying to settle his own nerves. Over multiple Woods putts on the back nine, Bjerregaard simply kept his head down, refusing to watch.

But at other times, he tried to use the ambient energy to his advantage.

“I didn't actually shut it out. I really enjoyed it. I tried to enjoy it because I knew it was going to be crazy, and I heard the stories from top players that when you play with him, it's different than anything. And it definitely was. But I actually tried to take it in and not try to close it out. And that worked pretty well. I enjoyed all the yelling and stuff.

“There was a few guys making fun of my name, which was all right,” he said, laughing. “I’ve heard, yeah, ‘beer garden.’”

The correct pronunciation is “beer-gard,” and you may start hearing it a lot. The 52nd-ranked player is less than two weeks from competing in his first Masters.

On Sunday, the two-time European Tour winner will have a chance to win for the first time in the United States. A victory would secure him full-time PGA Tour membership, while a second- or third-place finish would earn him special temporary status.