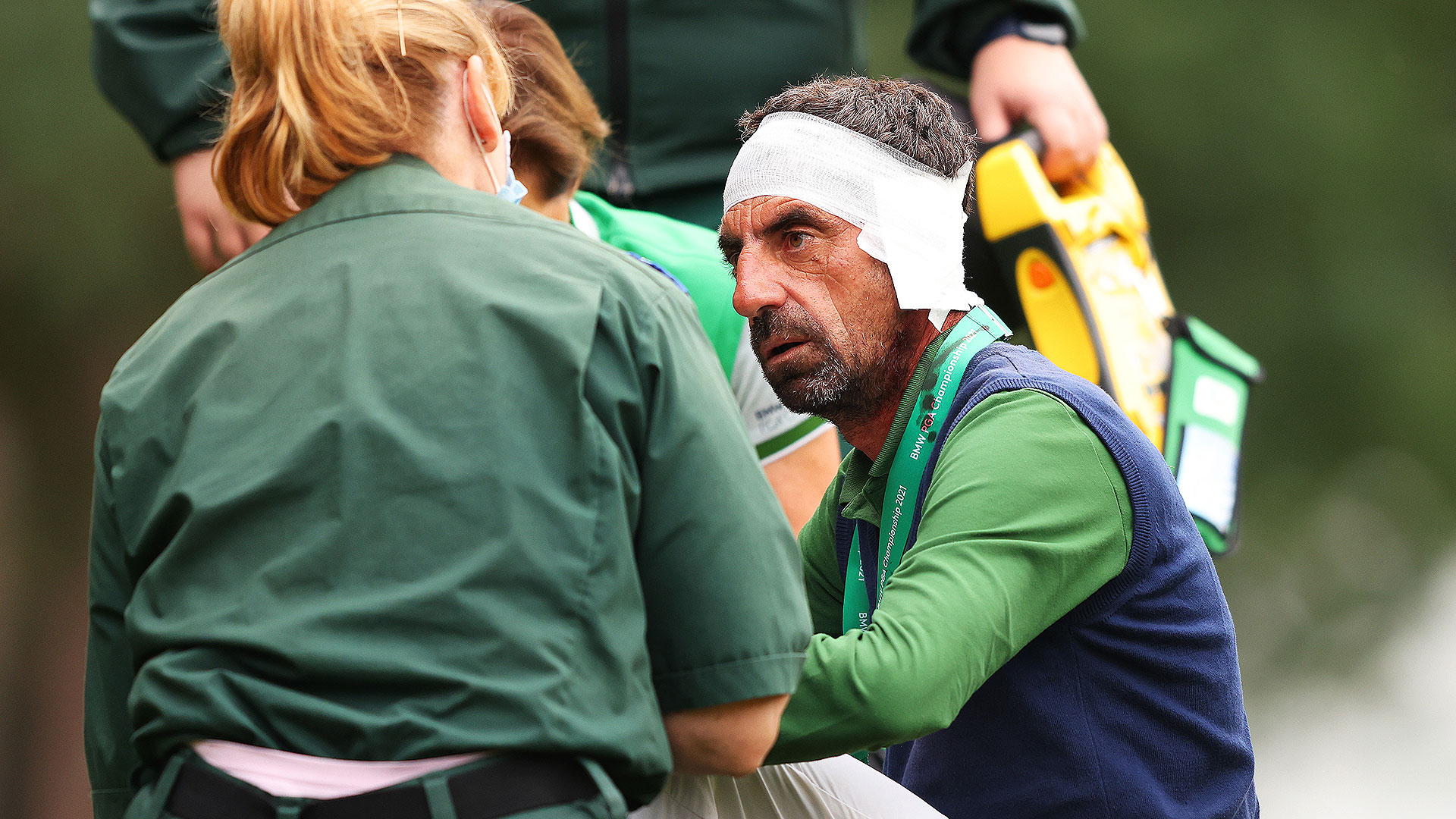 An errant Laporta shot at the par-4 13th struck Pietro Consenza on the left side of his head. Laporta’s coach was treated by medical personnel and bandaged. He was noticeably bleeding underneath the wrapping, but Consenza stayed to watch his student finish.

Laporta, a two-time winner on the Challenge Tour, carried a 54-hole lead into the final round of a European Tour event for the first time in his career. However, a 2-under 70 dropped him into a tie for eighth, four back of winner Billy Horschel.