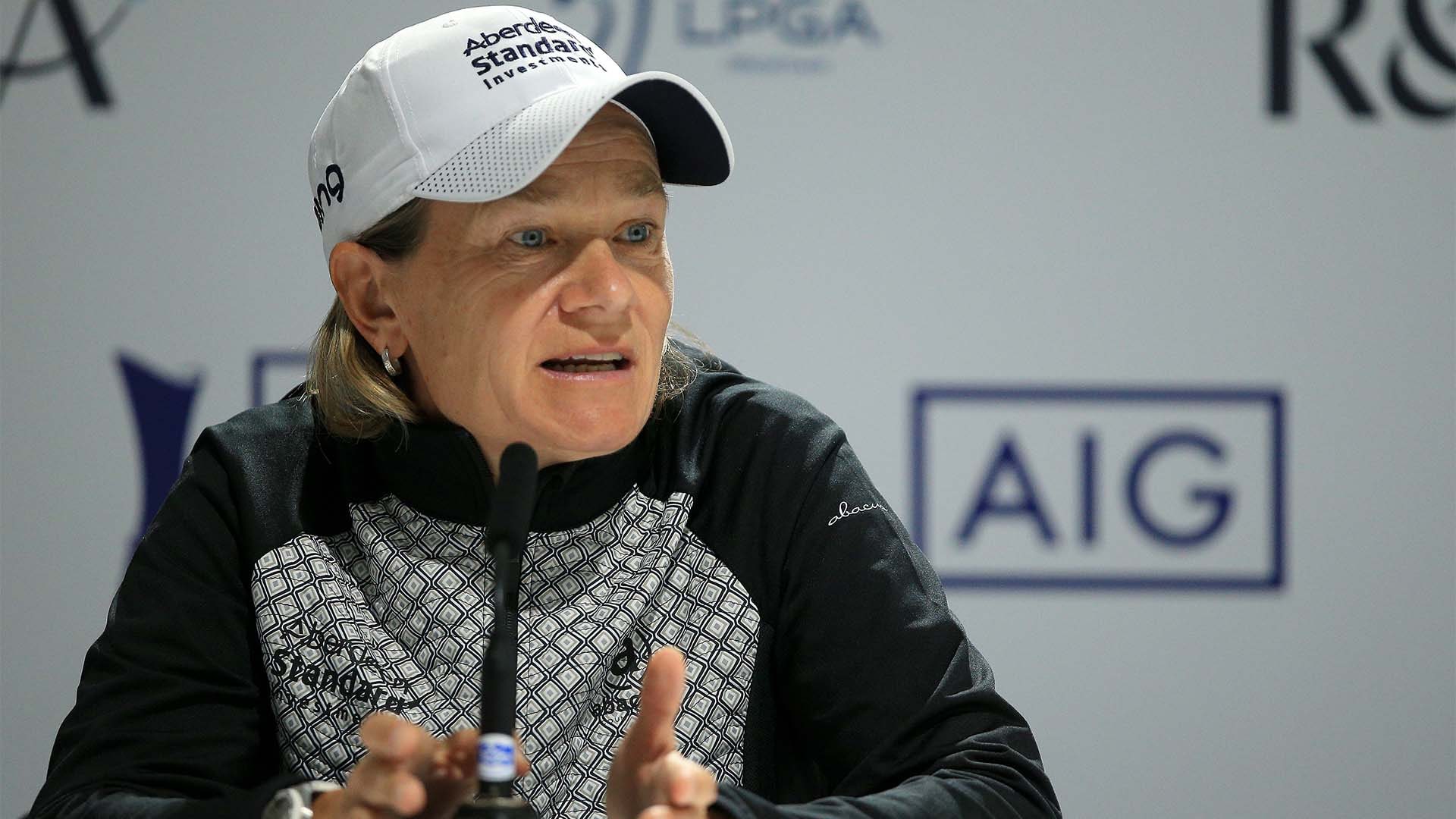 WOBURN, England – There’s even more Solheim Cup pressure on the Europeans this week than on the Americans.

Matthew is playing this week, and she’ll get a closeup view of a prime candidate for one of her four captain’s picks. She is playing with England’s Bronte Law, who looks like a good bet to make the team but is trying to finish strong.

“A bit more nerve-wracking for her,” Matthew said of the coincidental pairing.

Law has an excellent match-play record. She joined Stacy Lewis as the only players to go 5-0 in Curtis Cup history when she helped Great Britian/Ireland win in 2016. Law helped England finish second at the UL International Crown last year.

“I think you always learn a lot more watching someone playing in competition,” Matthew said. “So, it will be nice to be out with her for a couple of days.”

Law looks like a future Solheim Cup stalwart. She broke through to win the Kingsmill Championship in the spring. She nearly won the Mediheal Championship, too, losing to Sei Young Kim in a playoff.

“Until the team is picked, I have to prove myself, every week,” Law said.

Cristie Kerr, the American star fighting for a Solheim Cup spot, is also in the grouping with Matthew and Law. 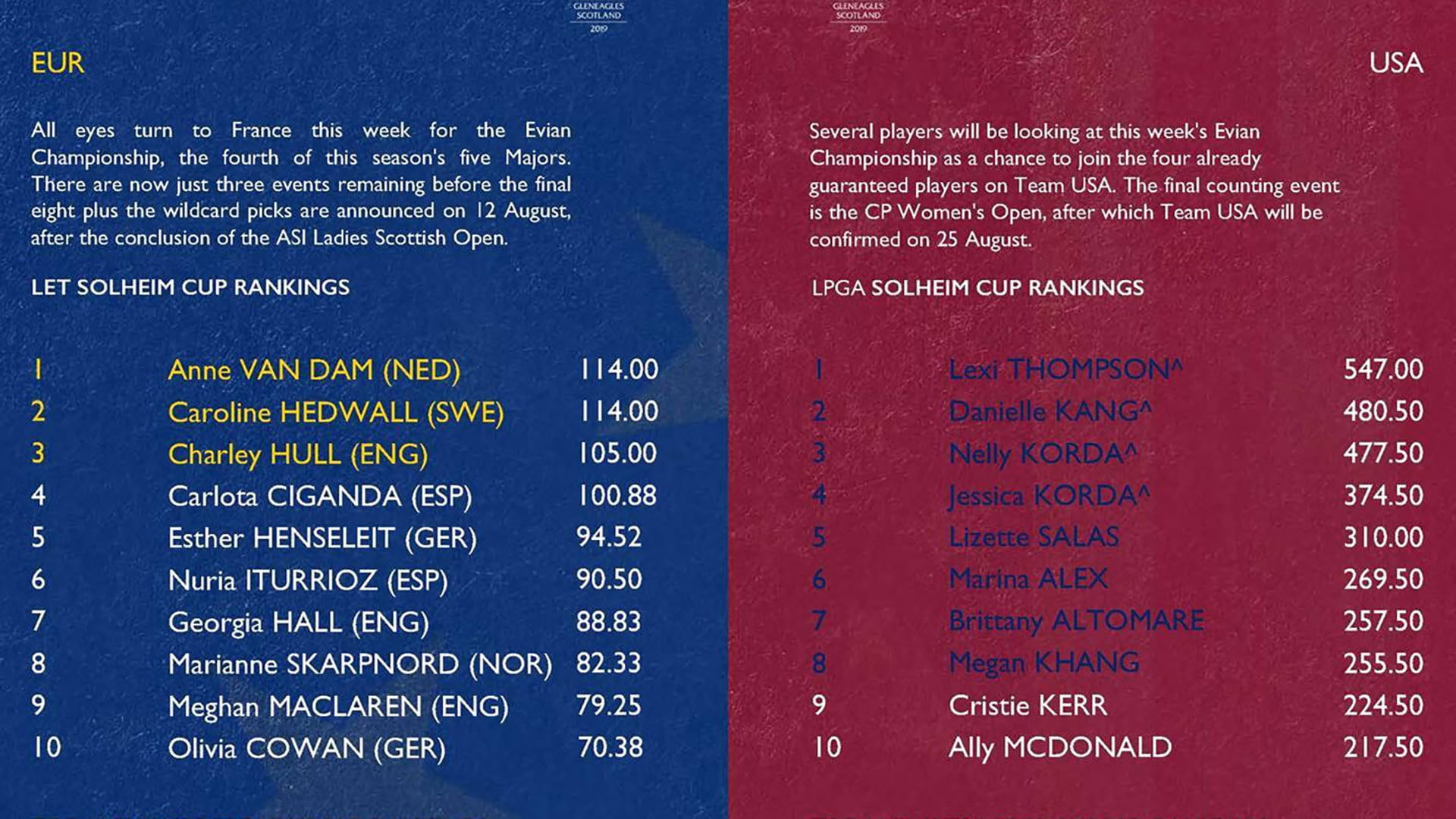 “There are still lots of permutations that could happen,” Matthew said. “Obviously, this being a major, there are loads of LET points on offer, and world ranking points. Obviously, if someone comes out and wins this event, or next week, as well, they could come out from nowhere. Obviously, I've got a group of people I'm looking at, but kind of a half an eye on others, who could still come out and have a great couple of weeks.”