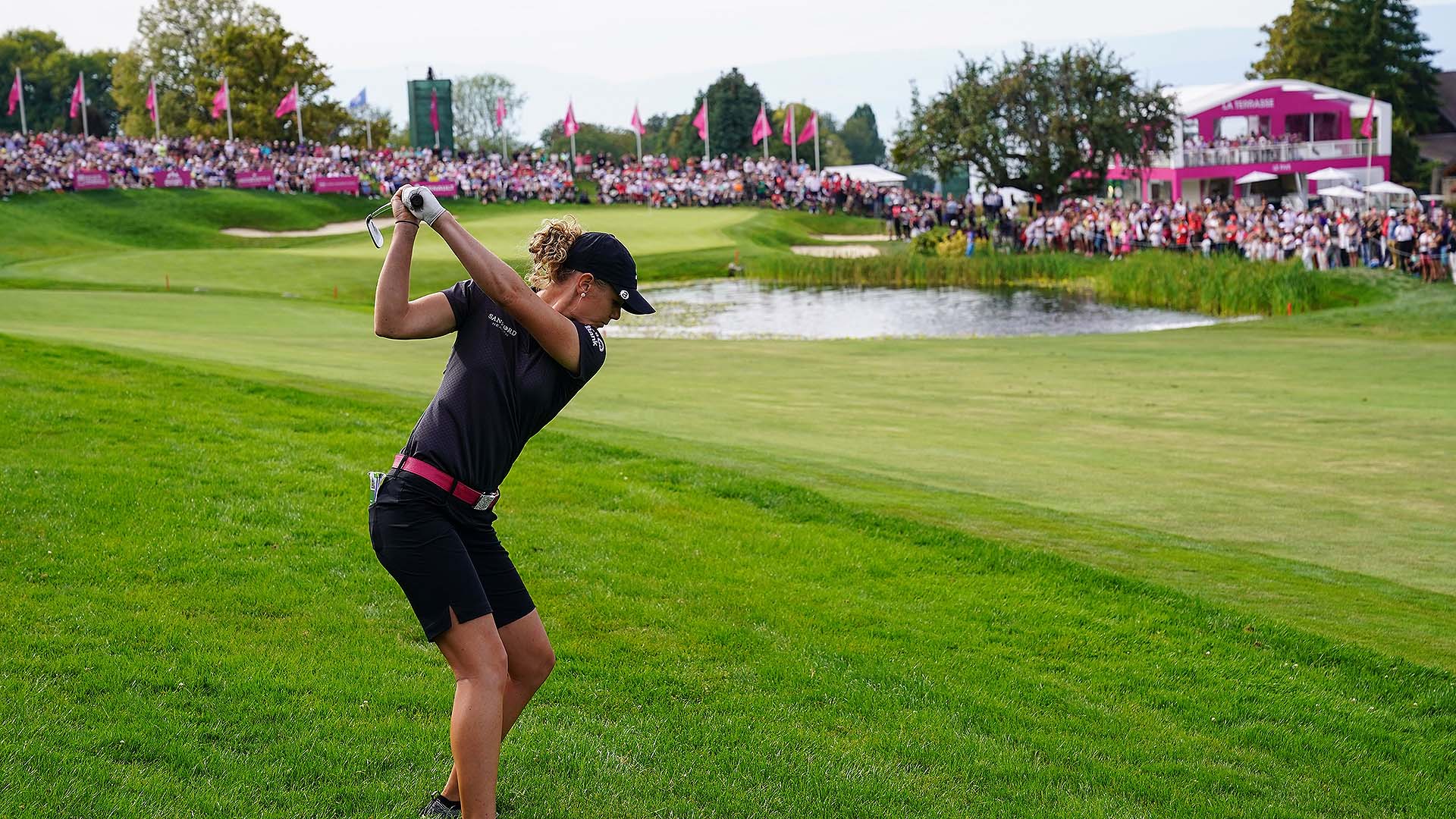 Evian Championship officials have waved a magic wand over the 18th hole this year, transforming it from a brutal finishing hole to what they hope is an exciting risk-reward hole full of dramatic possibilities.

OK, it wasn’t the work of a magic wand, but a simple switch in the designation of par was made to add some enchantment to Sunday’s finish.

Now, the experience won’t be so much the grind of watching players trying to avoid the trouble there and salvage par. It will be watching players try to make eagle there. There’s potentially more intrigue with players going for the green in two, with water and bunkers guarding that hole.

The hole has played tough since it was converted to a par 4 before the championship was designated a major back in 2013.

“I think it's going to be a really good finishing hole, and I'm really happy that it's back to that, versus a par-4,” Korda said. “Kind of a risk-reward type of deal. That green is not easy. There are a lot of hazards. It's not a gimme out of any of those bunkers, depending on where those pins are.”

Rolex world No. 1 Sung Hyun Park likes the change, too.