Five years from U.S. Open win, Jordan Spieth grinding to 'figure it out' 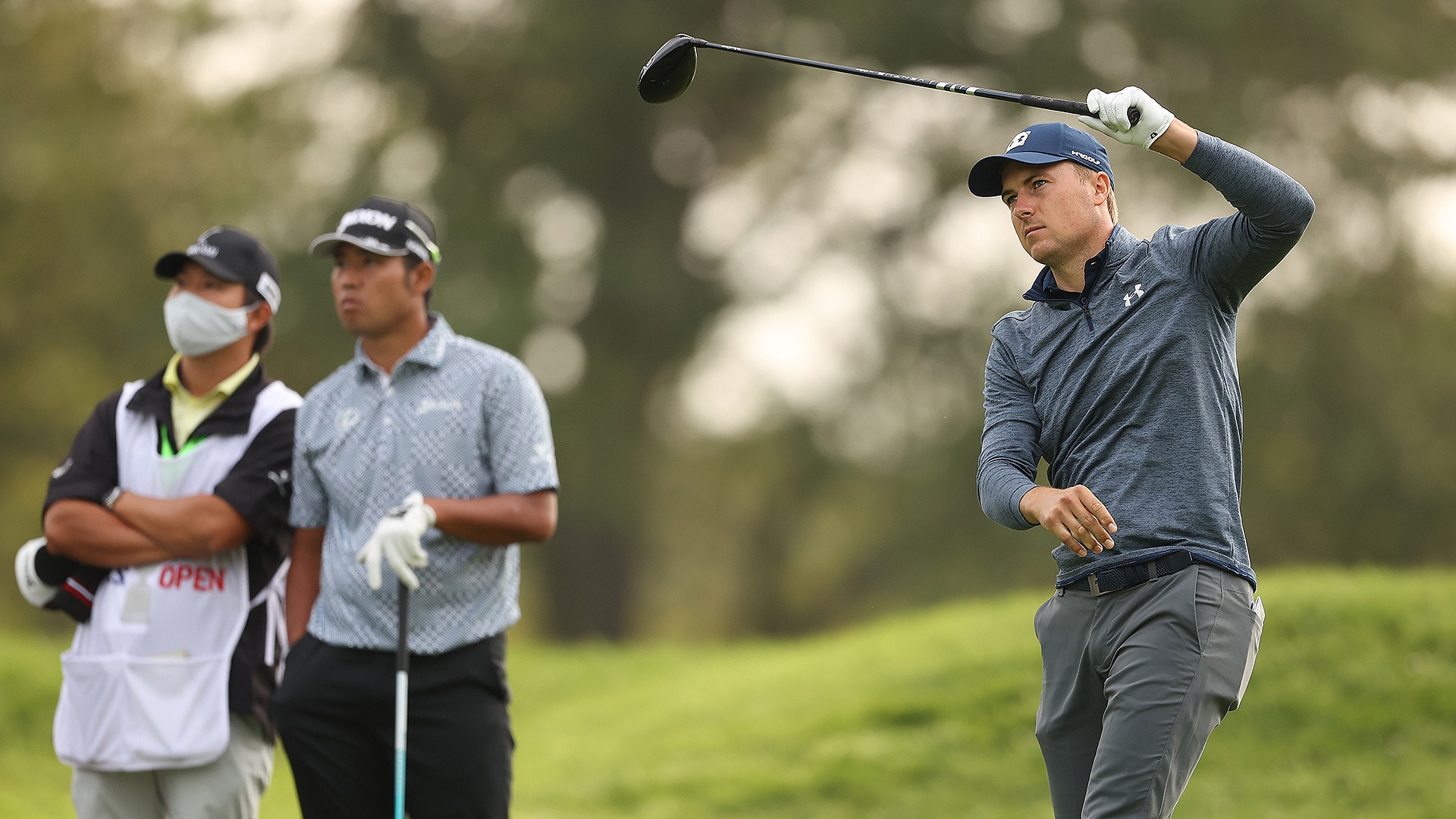 MAMARONECK, N.Y. – There’s nowhere to hide, not anymore. Cameramen camp out in the parking lot to document the stars as they arrive on property in their Lexus courtesy cars. Another roving camera scans the practice area. An army of social-media types go Live on the Range! for a player’s entire warmup.

For the past month, especially, that lens has fixed on Jordan Spieth, always hard at work, often frustrated. Those clips have been memed and pinged all over social media – the ones in which Spieth has stood over the ball, unable to pull the trigger, for 10, 20, 30 seconds. Deep in thought, then animated in conversation, they’re troubling portraits of a wunderkind who has lost his way, whose cluttered mind has gotten in the way of his unmistakable golfing genius.

Sure, there has been plenty for Spieth to work through.

Even his molten putter – the most feared weapon in the game for years – has cooled for sustained periods, especially in the critical area inside 10 feet.

The 3 ½-month shutdown earlier this year was thought to be the perfect time for Spieth to decompress after another frustrating run, but it’s been more of the same this summer. Only one of his nine post-restart events went for a top 10. The 2015 FedExCup champion suffered a first-round playoff exit for the first time in his career. The former world No. 1 now has dropped to 67th. Faced with an unexpected postseason break last month, he didn’t touch his clubs for a week and a half.

“I had to hit the reset button,” he told me earlier this week. “I was grinding a lot. Double range sessions every day, trying to work through it, and I wasn’t improving at all. I’ve been on both sides of it, the good and the bad, and I’m trying to work that mental side that feeds from the physical side. Just trying to feel free.”

Salvation was unlikely to arrive at Winged Foot, but for all of Spieth’s recent struggles he’s still managed to be relatively competitive in the major championships, a testament to his tidy short game, course management and golf IQ. He entered this week confident in his game plan. “It’s still a work in progress,” he said. “I feel like I’ve just been on a bad run of cards as I’m starting to feel better about my game. I don’t look for a lot of blackjacks this week. I’d like to squeeze in some four-card 20s. It’s one of those weeks where you don’t have to be perfect, which could be a good thing.”

But the three-time major champion, who won this event during that magical ’15 campaign, also knew he couldn’t be this imperfect. Trying to strike a balance between being technically sound and simply hitting the required shot, Spieth told himself to only play draws Thursday in the first round of this U.S. Open. He knew the only time he needed to move the ball from left to right was the tee shot on No. 8, and yet he still decided to play four fades.

He played those holes, with those four swings, in 6 over par.

That included a lost ball in the trees on his second hole of the day. After his ball wasn’t located, Spieth received the cart ride of shame back to the tee, where Justin Thomas, Tiger Woods and Collin Morikawa were all waiting to play. Spieth offered a sheepish grin as he approached and then reloaded, eventually making double bogey to quickly start 3 over. That Spieth was able to hit only three fairways and still finish with a 3-over 73 to salvage his tournament was proof that the erstwhile Golden Child, for all his myriad physical gifts, remains perhaps the grittiest grinder in golf.

“Even with not having much tee to green,” he said, “I can somehow still shoot an even or under-par round on this course, and that’s incredible self-belief in the grind.”

But the grind, Spieth acknowledged, can only take him so far; right now it’s leading to stressful cut-line golf. Eventually, he’ll need to huddle with longtime coach Cameron McCormick to fix his swing, to gain a better understanding of what is and isn’t working – and why. Asked what he can do to get away from mechanics and just focus on the shot at hand, Spieth shrugged. “I’d love to, but the second I try and just pick a tree and swing at it, the ball goes pretty far off-line,” he said. “There still needs to be a focus on the mechanics.”

Much of it boils down to tempo and timing. That’s why he can appear frozen on the range, his mind racing with thoughts. That’s why he’s missing both ways, sometimes wildly.

“There’s a lot that’s off,” he said. “If I knew, I’d fix it. I’m kind of working through it and looking forward to having a little more time off to figure it out.

“Standing on a tee at the U.S. Open and not exactly knowing where the ball is going to go is not a great feeling. I know you guys probably haven’t experienced that before, but it’s not incredibly enjoyable. But I’ll grind it out. I don’t ever give up. I have no reason to. I’m here.”

He was on the range, alone with his caddie and coach, trying to find the answer. 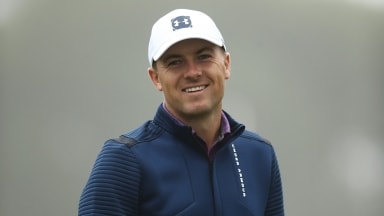 Jordan Spieth is still searching for the career Grand Slam, but he says even three years after winning his last major, the quest won't be adding pressure.