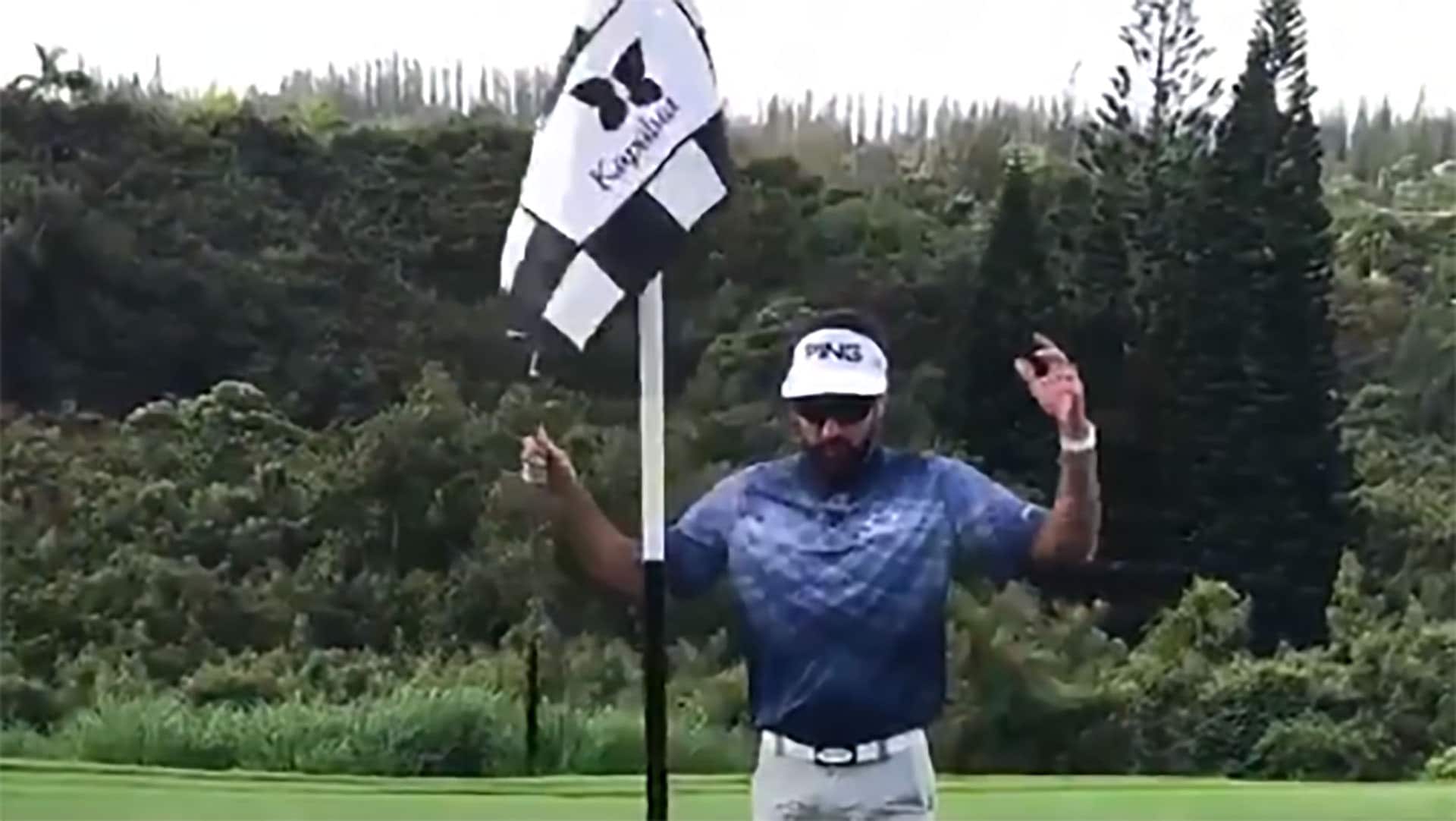 For those still trying to grasp the new Rules of Golf, which will officially roll out Tuesday, Bubba Watson says #UrWelcome.

Watson had some fun with the new rule that will allow golfers to leave the flagstick in on the greens. The two-time Masters champ got creative with a putt at Kapalua, site of this week's Sentry Tournament of Champions, using slope to hit the ball past the cup and have it come back into the hole. Just before the putt dropped, Watson's caddie Ted Scott, put the flagstick back in.

"Is this a penalty?" Watson asked on Twitter, tagging the U.S. Golf Association.

Watson also called out to Bryson DeChambeau for help.

"He knows the rules," Watson typed.

DeChambeau has previously said he'll leave the flagstick in at times, citing something called the "coefficient of restitution." (We won't pretend to know much about that.) The 25-year-old SMU product, who won three times last season (like Watson), had good news for Watson.