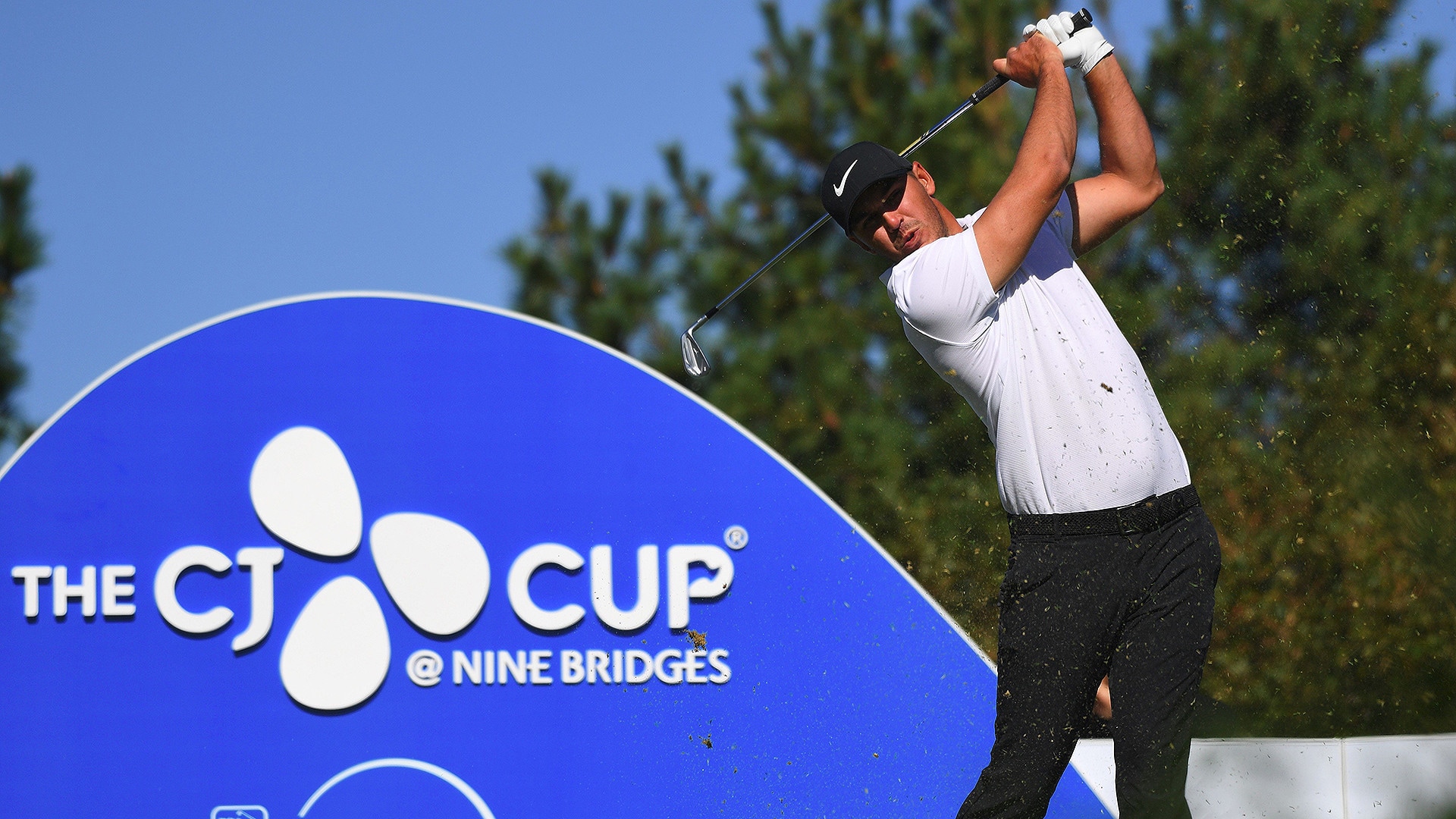 This week’s CJ Cup in South Korea kicks off a three-week stretch of PGA Tour events in Asia, with many of the biggest names in golf getting an early start on the 2019-20 wraparound season. From Jeju Island to a new event in Japan to the year’s final WGC event in China, there is plenty of intrigue on tap as American fans settle in for some overnight viewing.

Though only in its third year, the CJ Cup has displayed an ability to bring the cream to the top: Justin Thomas moved to third in the world rankings when he won the inaugural edition two years ago, while Brooks Koepka’s victory last year propelled him to world No. 1 for the first time in his career. This week both players return to Korea, headlining a star-studded field that will also include U.S. Open champ Gary Woodland.

There will be ample focus on the home contingent this week, especially on Jeju Island native Sungjae Im. Im won PGA Tour Rookie of the Year honors last year while playing a marathon schedule, and he enters on the heels of a win Sunday on the Korean Tour. Another player to watch will be Kevin Na, who was born in Korea and offered an emotional statement in Korean decrying “false rumors” following his playoff win two weeks ago in Las Vegas.

Two major champions are also traveling halfway around the world in an effort to break out of recent slides. Jordan Spieth will make his first start since the BMW Championship, having now gone more than two years since winning. How he responds after one of the most trying seasons of his career will be a key storyline in the coming weeks.

The same can be said for Phil Mickelson, who arrives in Asia with a notable streak on the line. Mickelson hasn’t been outside the top 50 in the world rankings since November 1993, back when Spieth and Thomas were both still in diapers. But Lefty has fallen from 17th to 47th since his Pebble Beach win eight months ago, and will need to turn around his inconsistent ball-striking sooner rather than later if he’s going to maintain his top-50 status.

The scene then shifts to Japan for the inaugural Zozo Championship, where the festivities will kick off a little early. Tiger Woods headlines The Challenge: Japan Skins on Oct. 21 where he will face Rory McIlroy, Jason Day and crowd favorite Hideki Matsuyama in an exhibition that will put a novel spin on a familiar format.

All four players will then tee it up a few days later at Narashino Country Club, which will host a Tour event for the first time. How Woods plays (and feels) will receive plenty of scrutiny, as he makes his first start in Japan since 2006 and likely his only start in the three-month stretch between Labor Day and Thanksgiving. Likewise worth monitoring will be McIlroy’s first Tour start since lifting the FedExCup in August, while Open champ Shane Lowry will also join the 78-man field.

A certain level of familiarity will greet players in China for the WGC-HSBC Champions, where many top players have course history to rely on. But the new wrinkle comes in the form of the Presidents Cup, with Woods and International captain Ernie Els each making four captain’s picks on Nov. 4 following the conclusion of the three-event Asian swing.

While the debate rages over whether Woods will pick himself as a playing captain, he’ll have no shortage of reliable options: Ryder Cup stalwarts Spieth and Patrick Reed both missed out on qualifying automatically, as did Rickie Fowler. Throw in Woodland, 2018 Ryder Cup participant Tony Finau, and Mickelson – who has played in every U.S. team event since 1994, but says he isn't worthy of a pick – and it’s a storyline worth monitoring as most pick candidates will play at least two of the upcoming three events.

On the International side, Day appears as close to a lock as possible for a pick and Branden Grace is four years removed from going 5-0 in Korea during the 2015 matches. But the South African has struggled recently and is currently an alternate for the Japan field, while players like Canada’s Adam Hadwin and Chile’s Joaquin Niemann appear to be rounding into form at just the right time.

It’ll be three lucrative events in three foreign countries, as top Tour players put their passports to use in an effort to end the year (and start the new season) on a high note. Throw in a star-studded exhibition in the middle and the Asian swing should give American fans plenty of reason to stay up and pour an extra pot of coffee.