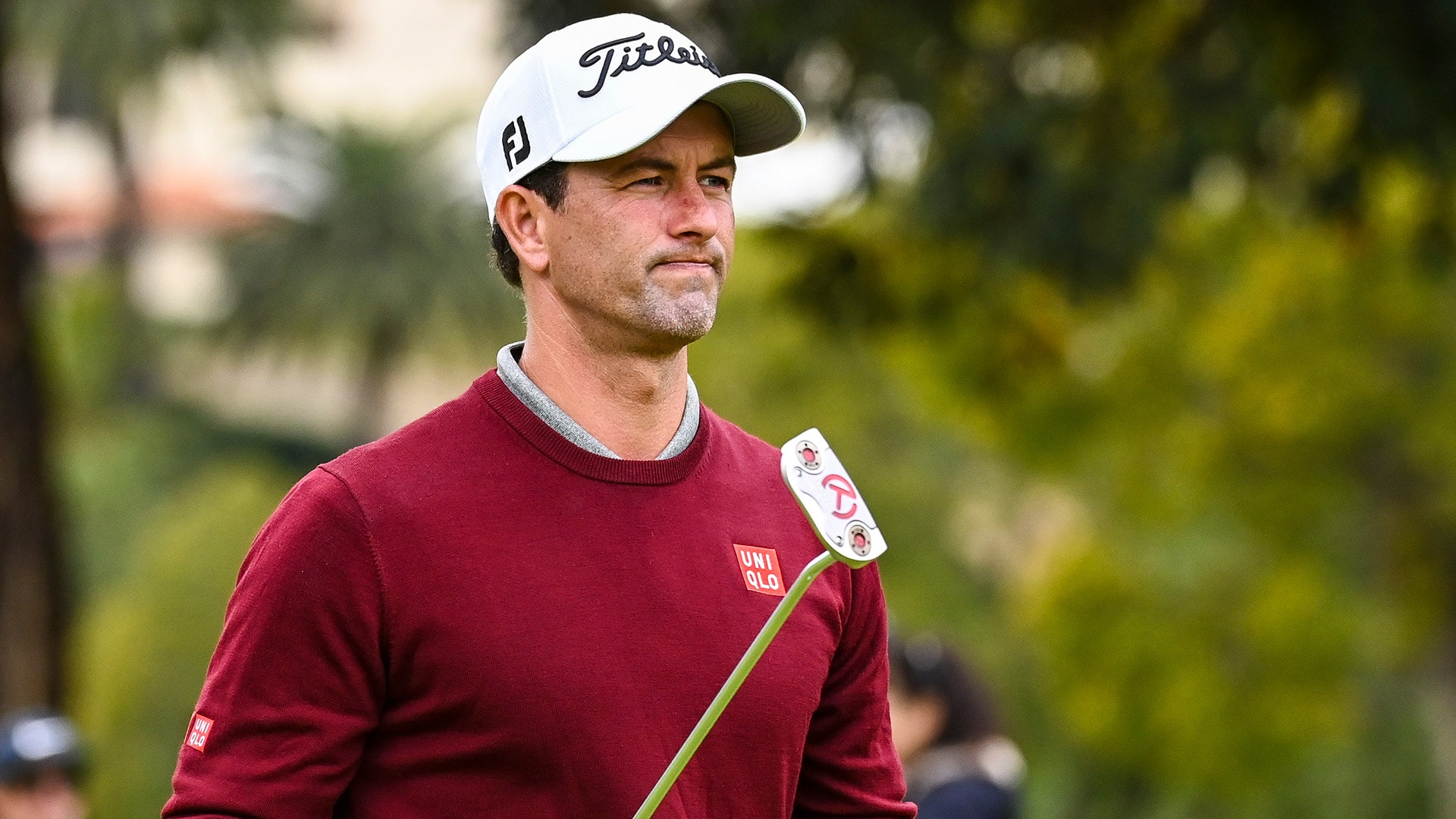 LOS ANGELES – Adam Scott’s putting issues have been well-documented, from his decision to switch to a broom-handle putter, to his recent choice to putt with the flagstick in the hole. He's gone to great lengths to find an answer.

On Friday at the Genesis Open he came across a peculiar fix – putting from above the hole.

Scott, who didn’t tee off for Round 1 until Friday because of a seven-hour rain delay on Thursday, finished his second round with back-to-back birdies at Nos. 1 and 2 (he started the round on No. 10) before play was halted for the day because of darkness.

He was at 10 under par and tied with Justin Thomas for the lead and will resume his second round at 10 a.m. ET on Saturday. It will likely be another marathon day for the Australian, who played 29 holes on Friday, with officials planning to begin the third round in the afternoon.

“Just like when I changed rounds today, go out and keep that momentum going and not lose it, and then, I think that will be the goal for the rest of the weekend,” said Scott, who was 14th in the field in strokes gained: putting. “If I can finish off this [seven] holes really good tomorrow and turn it around for the afternoon and play some more good golf, I'll be right there for Sunday.”