With help from 'The Shark,' Nick Watney bites back at PGA National 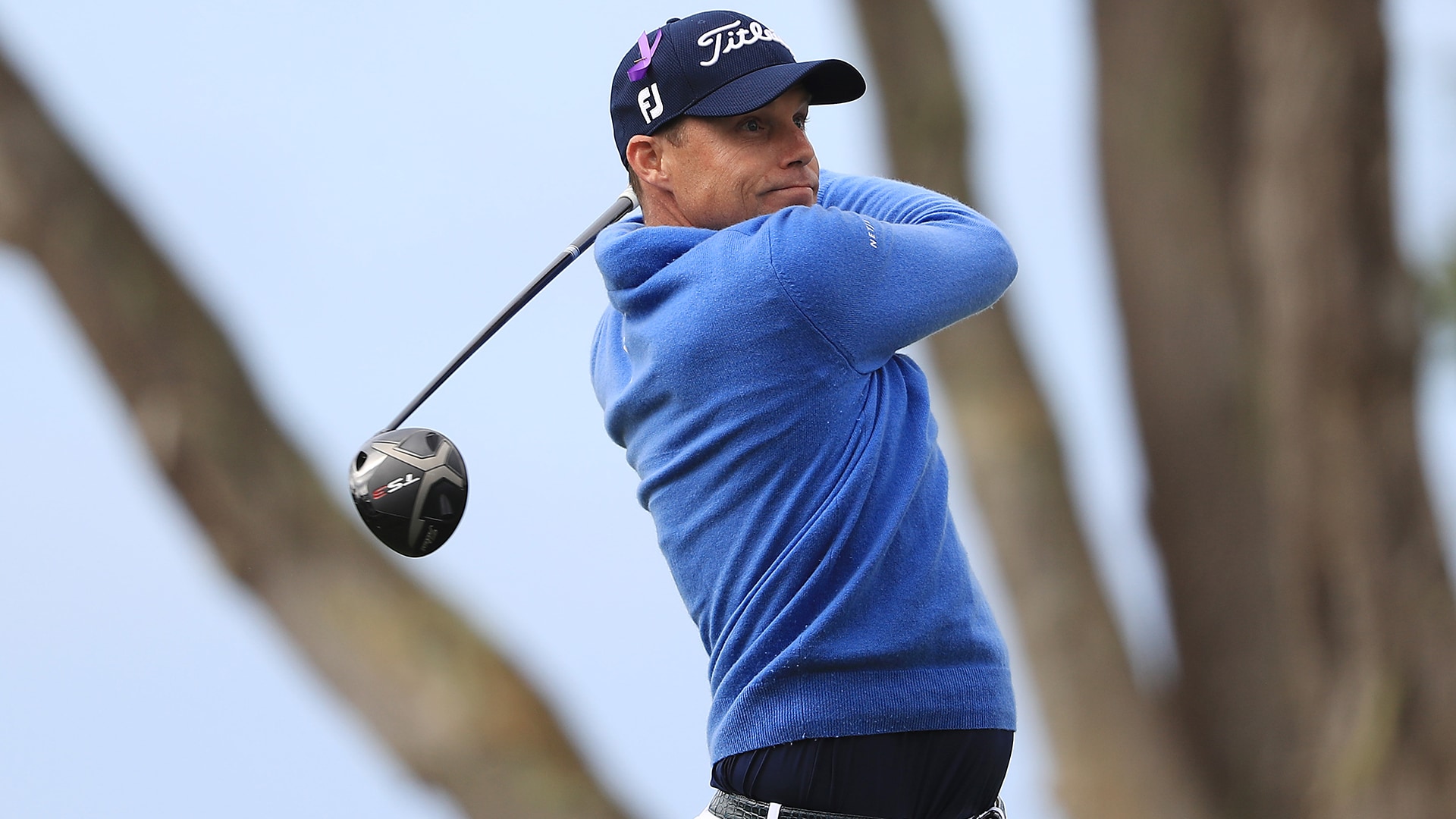 PALM BEACH GARDENS, Fla. – Nick Watney had a little bit of the Shark in him navigating PGA Tour waters Friday at the Honda Classic.

He got it from Greg Norman.

Watney spent 90 minutes with “The Shark” on the driving range and in the short game area Wednesday at PGA National.

“The time with him helped a lot,” Watney said after posting a 4-under-par 66 to get into weekend contention to break an eight-year winless spell. “Just getting to spend time with the legends of the game is cool. Getting to listen to the wisdom, it was a real treat. I look up to him. It was great to get to spend that time with him.”

Watney’s caddie is Tony Navarro, who was on Norman’s bag when Norman won The Open at Royal St. George’s in 1993. Navarro was with Norman for 20 victories, and for 150 weeks of Norman’s run at world No. 1.

With Watney on his way to the Honda Classic after missing three cuts in a row on the West Coast, Navarro had an idea.

“Tony’s staying on my property this week, and he asked me if I could take a look at Nick,” Norman said.

Navarro put them together on Wednesday afternoon.

“I didn’t give him too much advice, just a couple things to think about when he’s out practicing on the range,” Norman said. “Sometimes, players get lost for the wrong reasons. Feel and real are two different things. Hopefully, he will get back to the real position, not what he feels.” 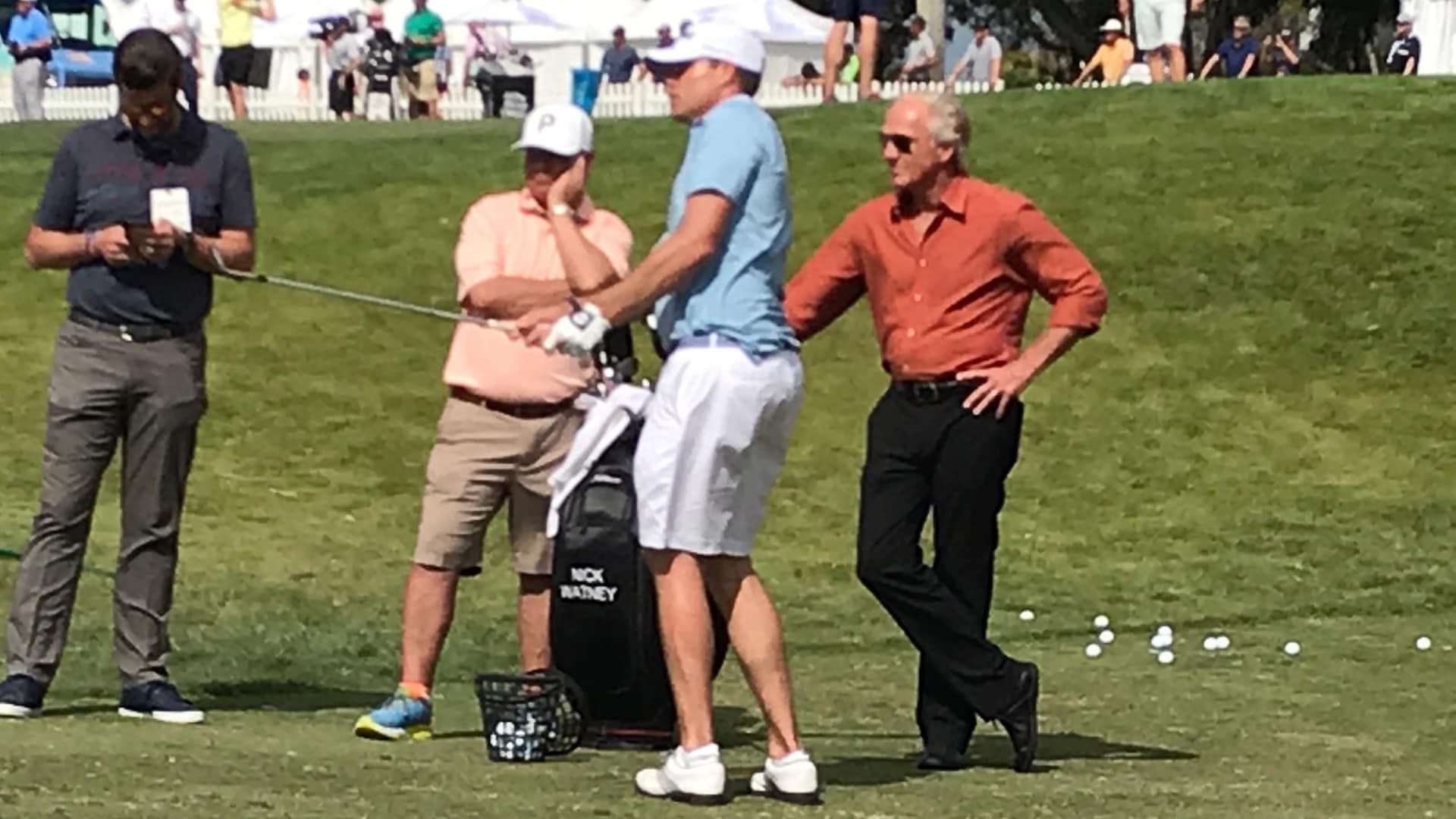 Watney said Norman offered as much help mentally as he did technically.

“He watched me hit a few balls and didn’t see any real technical flaws, and so he asks me, 'What’s the deal?’” Watney said. “We talked about trusting yourself. He said when you don’t trust yourself, your body slows down. That helped.”

Watney works with Matt Killen as his regular swing coach, but he welcomed a one-off chance to hear what Norman could offer. He said he was particularly interested in hearing Norman’s ideas on playing in the wind, which promised to be a factor this week at PGA National.

“He said he would use the wind instead of fighting it,” Watney said. “That was helpful, especially out here today. It changed my strategy this week.”

And helped Watney climb into contention. 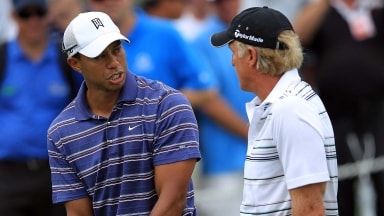 Norman waiting on Tiger: Maybe he dislikes me

Greg Norman opened up about his relationship with Tiger Woods, revealing that he hasn't heard back after hand-delivering a note to Woods’ house after his Masters win.