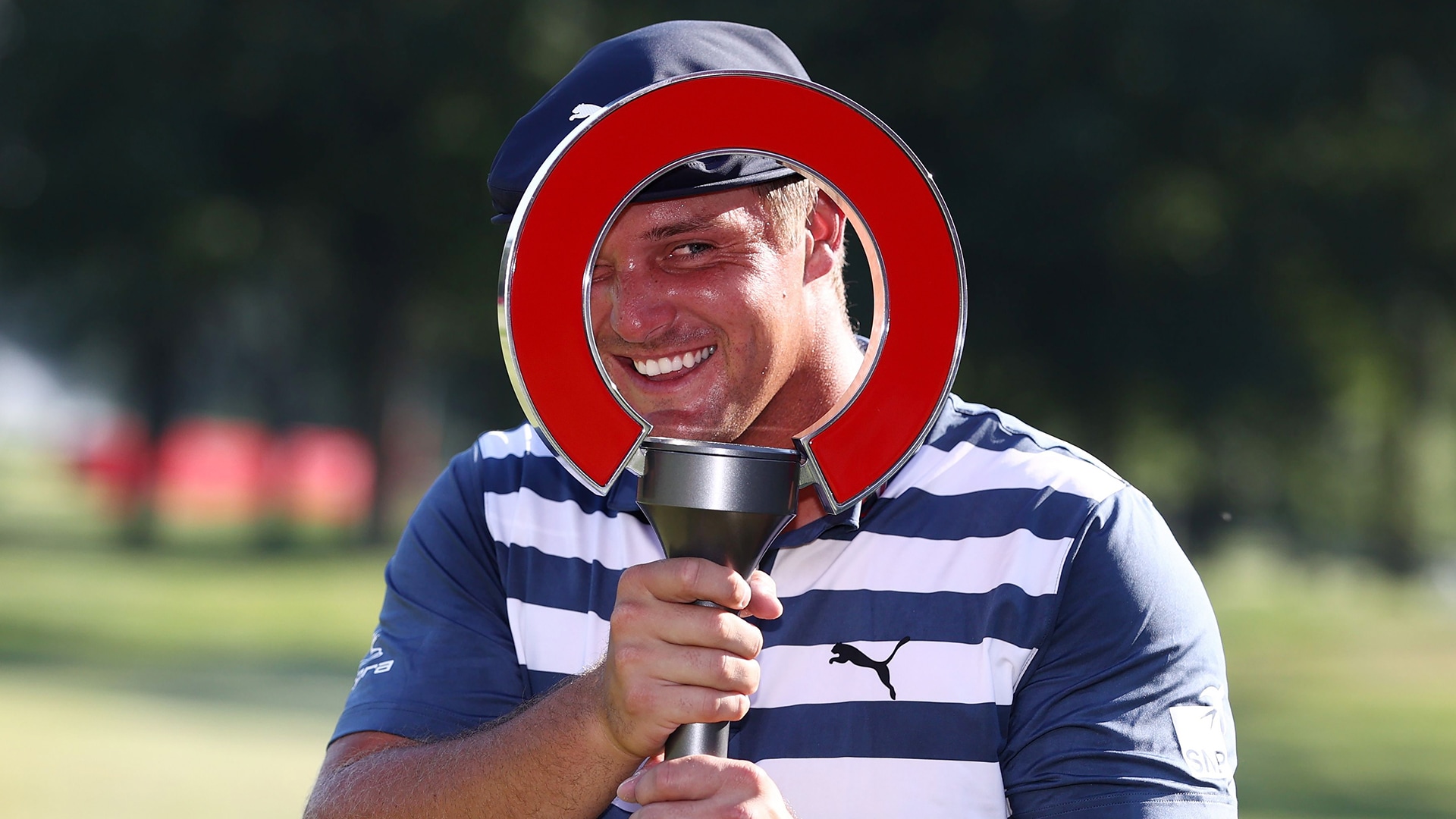 Getty Images
Bryson DeChambeau of the United States celebrates with the trophy after winning the Rocket Mortgage Classic on July 05, 2020 at the Detroit Golf Club in Detroit, Michigan. (Photo by Leon Halip/Getty Images)  -

DETROIT – Things came full circle for both Bryson DeChambeau and his brand on the seventh green at Detroit Golf Club.

It was there during Saturday’s third round, at one of the farthest outposts of a Rocket Mortgage Classic that was already devoid of fans, where DeChambeau lost his cool. He lashed out at the sand after a poor shot, then confronted a cameraman for what he perceived as overly prying coverage.

The Tour’s bulkiest star admitted the sand swipe was “dumb,” but the comments he made in an effort to explain himself only made things worse: that the camera lens should deflect when players face a “potential vulnerability” and defer to a star’s right to “privacy” even when inside the ropes. 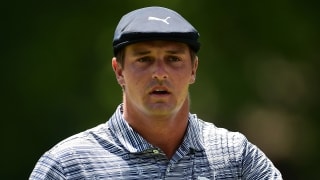 Bryson DeChambeau got into an exchange of words with a cameraman during Saturday's third round of the Rocket Mortgage Classic.

Those comments only intensified the flood of online opinions centered around the 26-year-old, with many noting a jarring juxtaposition: that a player who released a 15-minute hype video detailing his body transformation last month would play the privacy card the moment he’s caught in an unflattering light.

And that’s a shame, because the on-course DeChambeau brand was floating by just fine on its own merits before the man himself poured gas on an unlit fire and reached for a match.

Outside of the Tour’s efforts to cope with an ongoing pandemic, DeChambeau has been the single biggest story in the sport since competition resumed last month. Hours of programming, interviews and commentary have been devoted to his head-turning transformation and prodigious gains off the tee.

And that was all before he arrived in Detroit, put some extra muscle behind a closing 65 and left the field in the dust for his first win in 20 months. Those powers were on full display on the par-5 seventh, back at the site of his earlier blow-up, where this time around he launched a 366-yard drive that came to rest in the middle of the fairway. From there it was a smooth 8-iron into the green and a two-putt birdie, a shining example of the gains possible when playing by rules that only he can currently follow.

After starting the day three shots behind Matthew Wolff, DeChambeau was suddenly three clear of the field before making the turn. And while things got a little interesting down the stretch, it was a lead he never relinquished. 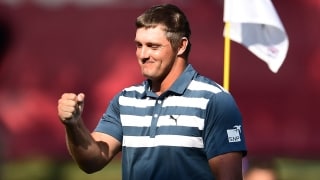 With a final-round 65, Bryson DeChambeau quickly overcame early deficit and then ran away to win the Rocket Mortgage Classic by three over Matthew Wolff.

“This is a little emotional for me, because I did do something different,” DeChambeau said. “I changed my body, changed my mindset in the game, and I was able to accomplish a win while playing a completely different style of golf. And it’s pretty amazing to see that.”

In a game that can often skew toward homogeneity, DeChambeau stands out. From the single-length irons to a single-plane swing and now a singular focus on getting bigger and longer, everything about him is different – and often polarizing. He has recently become more vocal about a mindset he first adopted as a teenager, which is to “be the casino,” since the house always wins. To that end, he’s looking to parse every possible advantage in a game where each player starts the week with the same score from the same teeing ground.

“I think the most important thing is that I’ve shown people that there’s another way to do it, and there’s going to be other people trying to come up and do it that way,” DeChambeau said. “For me, I think there are going to be people trying to hit it a little harder, some of them, but at the end of the day, it’s going to take a generation for all this to evolve into something different.”

While his pursuit of perfection may never end, this week’s assault on Detroit GC came pretty close. DeChambeau opened the week by apologizing to late course architect Donald Ross for his planned aerial assault that would take many of the bunkers and much of the other trouble out of play. He followed up by leading the field in driving distance (350.6 yards on measured holes, 329.8 on all tee shots) and strokes gained: off-the-tee. But he also led in strokes gained: putting, the first player in the ShotLink era to top the field in both categories en route to victory. Given that statistical edge on both sides of the stat line, his three-shot cushion over Wolff almost seems smaller than expected.

“It shows me how much time he has on his hands. He needs kids or something,” said Kevin Kisner, who finished alone in third place at 18 under. “It’s amazing that he’s that dedicated to the sport that he’s going to put that much time and effort into being a consummate professional, really. I mean, he’s changed the entire way the game’s played.”

DeChambeau isn’t a conformist. He’s not going to adjust to the mores that have governed the game for hundreds of years. He’ll continue to swim upstream one technical innovation at a time, attracting a wide range of opinions on his tactics and philosophies, and likely won’t reach the levels of universal adulation achieved by some of his peers.

“I will say for the people at home, no matter how much you want to say about me, I love everyone,” he said. “I hope everybody just appreciates the hard work I’ve put in.”

What he is, though, is the undisputed hottest player in the game. He’s long and straight and seemingly only getting longer and straighter, leaving him with fewer aspects in need of fine-tuning to put up a performance like this week’s Motor City romp. He’s a deserved betting co-favorite for next month’s PGA Championship, and he’s in the process of reinventing the blueprint for how to dissect each and every Tour venue he faces.

Sunday was a good day for Bryson, both the player and the brand. And there will be many more in the near future as the game’s foremost innovator continues to hone his protein-infused craft. 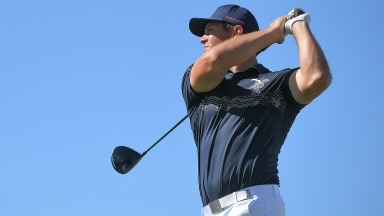