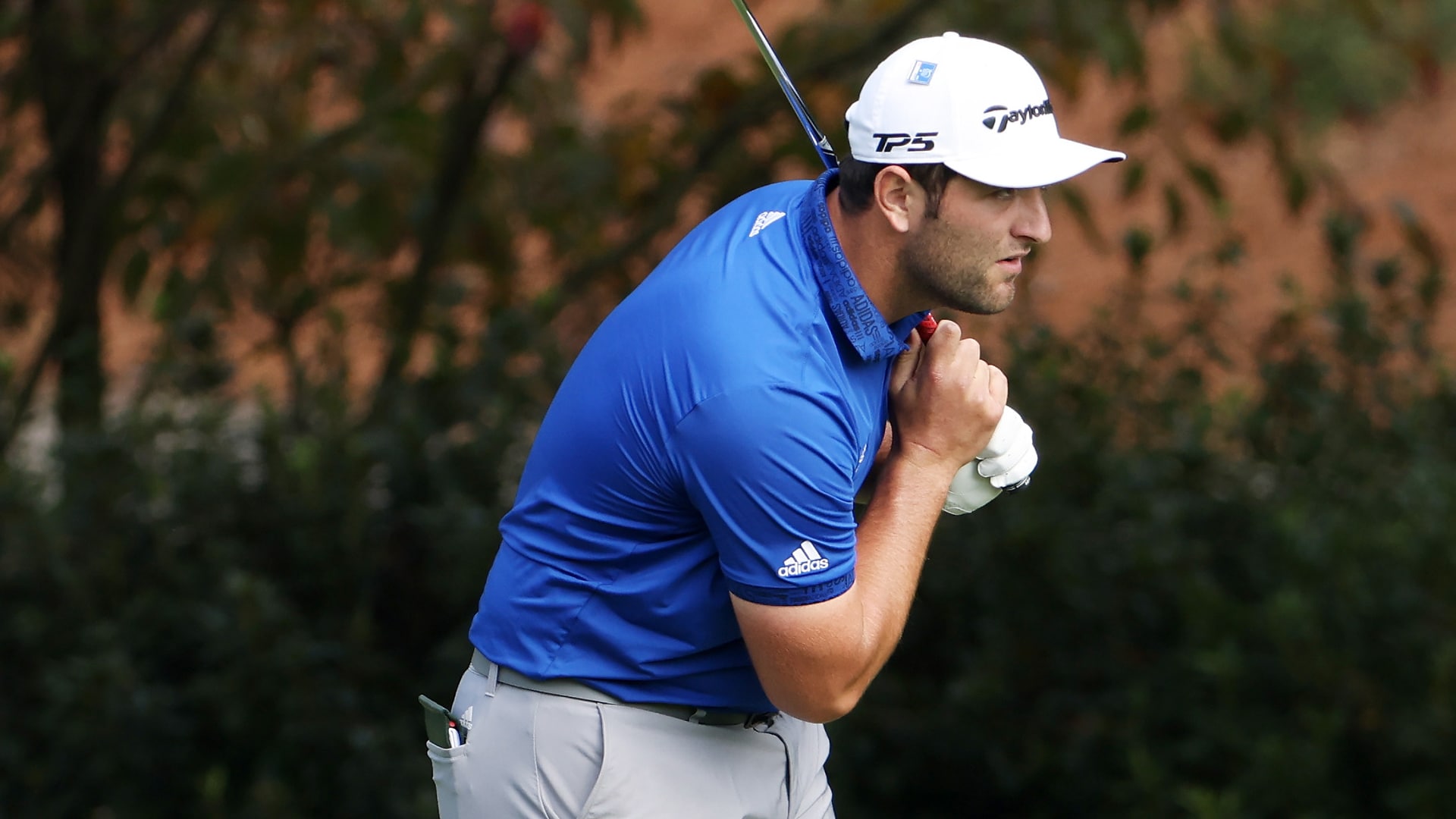 AUGUSTA, Ga. – So, Jon, how would you describe your day?

“Seriously? How would I describe it? Pretty awful.”

Jon Rahm was in no mood to rehash his third-round 72 at the Masters Tournament, which dropped him from a share of the 36-hole lead to seven shots back entering the finale.

Rahm’s day included a topped shot, a ricochet into an unplayable lie and a double bogey – and that was just one hole.

Rahm had fallen four shots back of red-hot playing competitor Dustin Johnson as their group played the par-5 eighth. Needing to get things going, Rahm couldn’t get his second shot off the ground, courtesy a “great mud ball.”

His ball skirted into the left pines and his third shot struck one of the trees, kicking further left, under a bush. Rahm had to take an unplayable and eventually made double-bogey 7.

Six back at the time, Rahm tried to rally with birdies on Nos. 14 and 15, but finished his day with a bogey at the last.

Rahm, the world No. 2 in search of his first major title, stands at 9 under par through 54 holes, with Johnson at 16 under, tying a Masters record. The Spaniard is currently T-7.

“Fought my ass off at the end to try to salvage an under par round, and I couldn't. Hit some decent drives down the stretch – besides 17 – and couldn't really get it done. Simple as that,” he said.

“Really far back to start tomorrow, that's all I can say. I've got to hope to shoot a miracle score to have a chance.” 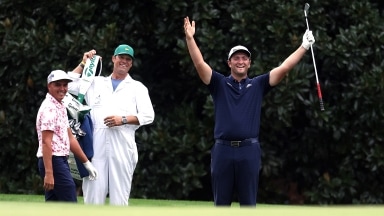 Rahm, on birthday, skips in ace across 16 pond

Who knows what Sunday will hold for Jon Rahm, but it's been a special week thus far at the Masters Tournament. 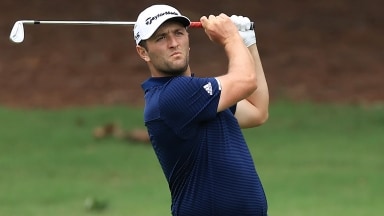 On tough tests, no one has excelled this year like Rahm

There are betting favorites and sentimental favorites, but only one man is the man to beat this week at Winged Foot: Jon Rahm.