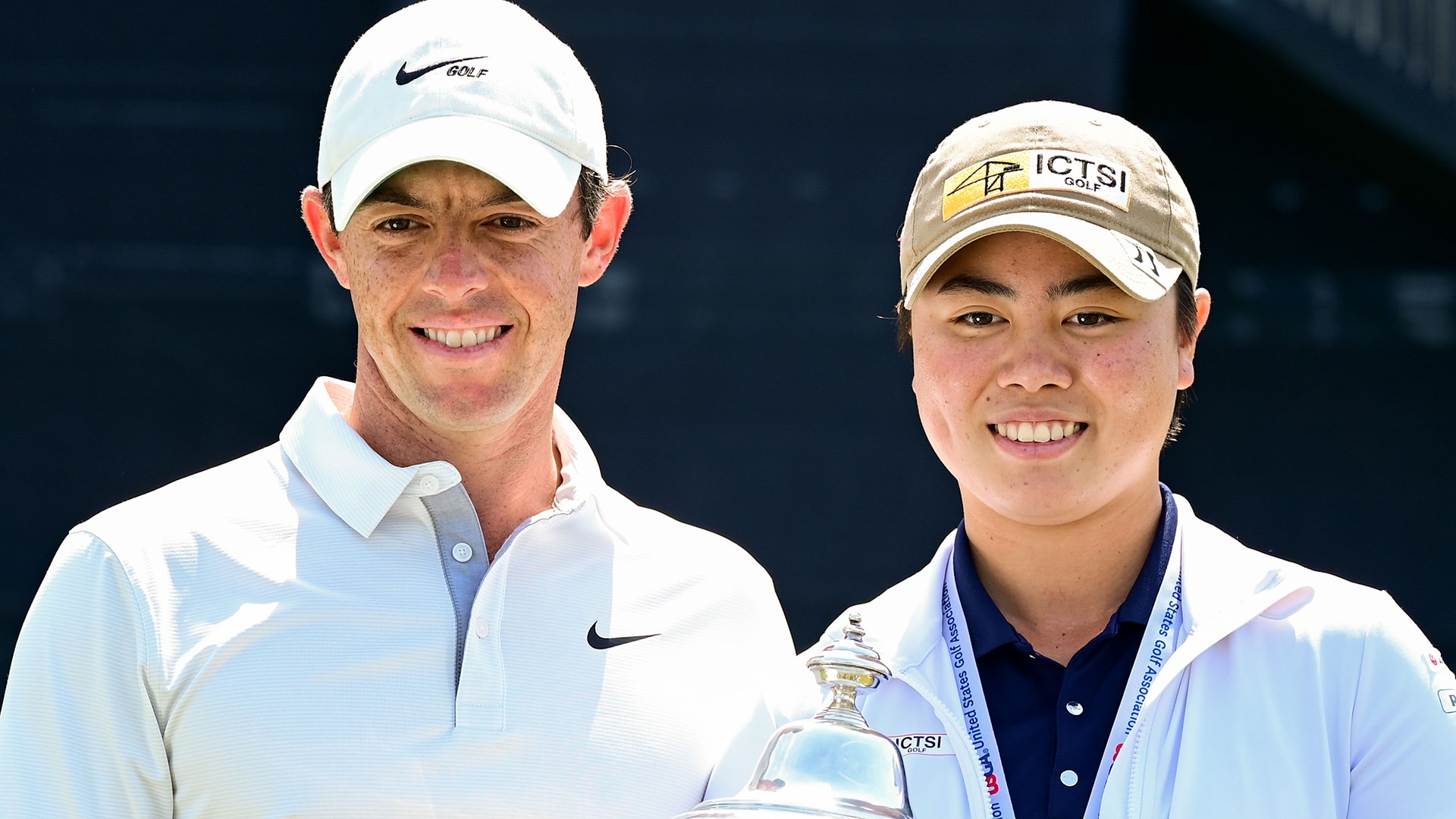 What made Yuka Saso more nervous, standing over her winning putt two Sundays ago at the U.S. Women’s Open or meeting her idol, Rory McIlroy, on Tuesday at the U.S. Open?

“I didn't know how to say hi,” she continued. “But he was so nice. He was so kind. He was so open. When I asked him a question, he was so honest. I hope I can ask him more advice.”

Before she won at Olympic Club, Saso earned the attention of many for her golf swing, which closely resembles that of McIlroy. The four-time major winner also took notice, tweeting at Saso during and after her Women’s Open run.

Saso watched McIlroy from inside the ropes for three holes on Tuesday, and said they chatted “about things.”

Saso’s day didn’t end there, though.

“I saw Phil [Mickelson] activating his calves, and yeah, I saw Jordan Spieth. I saw the great players,” Saso said. “It's been a great day, and I'm thinking to come back tomorrow morning before I fly back to Atlanta.”

Saso will look to win back-to-back major titles next week at the KPMG Women’s PGA Championship at Atlanta Athletic Club.