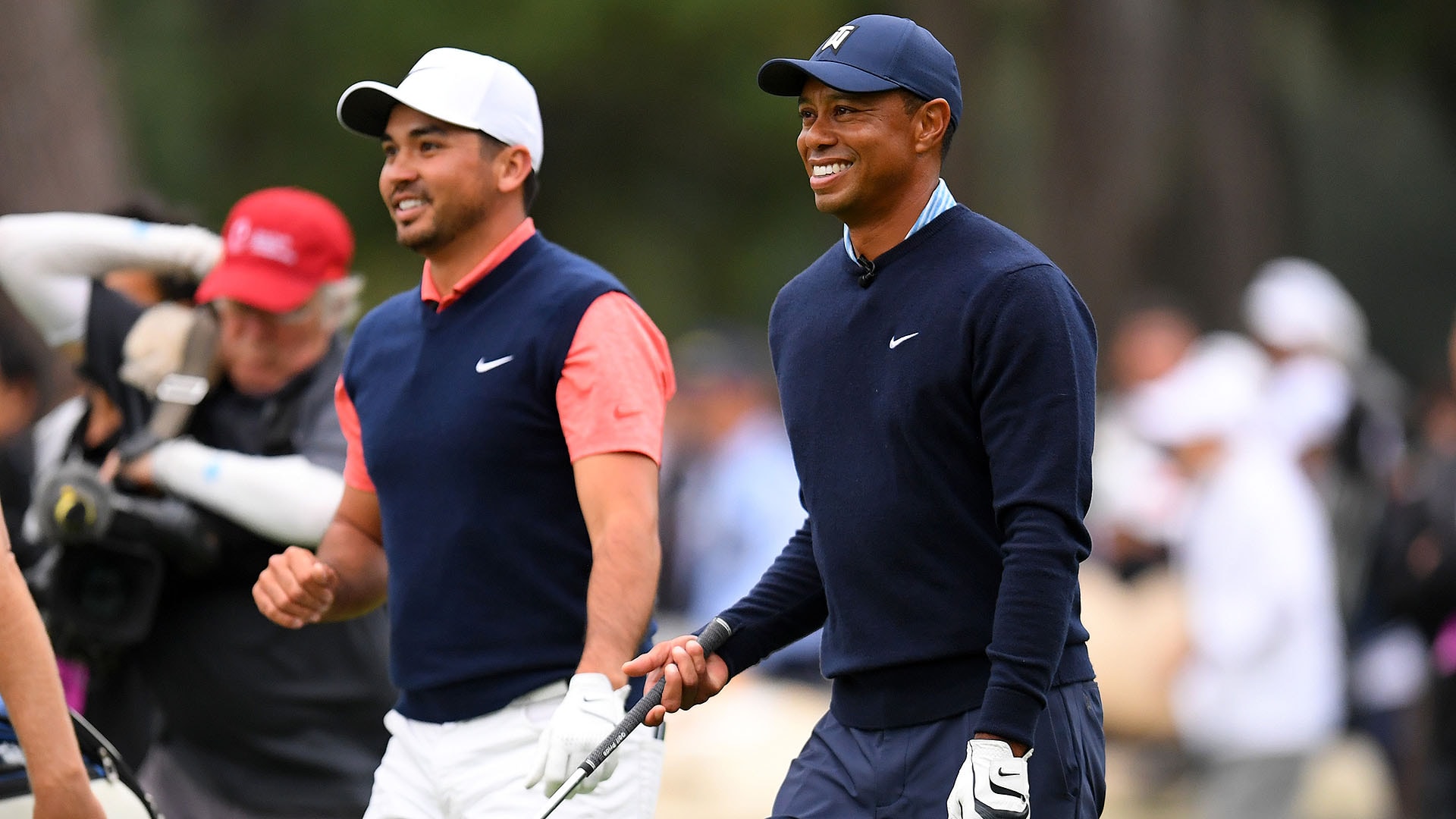 OLYMPIA FIELDS, Ill. – Jason Day has bent the ear of friend and idol Tiger Woods on a number of topics over the years, often crediting their relationship as a key factor in his rise to the top of the game during the 2015 season. But lately their discussion has ranged from maximizing potential and developing a killer instinct to a topic with which Woods is far too familiar: how to handle a bad back.

Day’s injury woes are well-documented, as the 32-year-old has struggled to both stay healthy and stay on the leaderboard in recent months. But prior to last week’s missed cut at The Northern Trust, Day had experienced something of a resurgence with four straight top-10 finishes. It was a reminder of the heights he reached five years ago, when he won the PGA Championship and got to No. 1 in the world, and also a product of some discussions with Woods about how to adjust his swing to avoid putting excess strain on his ailing back.

“I know his back is far worse off than what mine is. I’ve never had major procedures on my back like he has, so I’m in a better situation there,” Day said. “So currently right now I talk to him about certain positions in the golf swing to kind of help me in regards to making sure that my swing doesn’t hurt it along even further than what it is right now.”

Woods has battled significant back injuries for nearly a decade, and last year he won the Masters less than two years removed from spinal fusion surgery. He shared ahead of the BMW Championship that over the last month the two have shifted their discussion from mental challenges on the course to physical ones.

“We’ve talked about a number of things, and obviously one of the topics we do tend to talk about, because we both have bad backs now and mine is a little bit more progressed than his, is trying to deal with it and manage it,” Woods said. “We can’t do what we used to do, and how do you evolve that and still be effective.”

Day is five years removed from his BMW win at Conway Farms, his second of that postseason and one that came when he was at the height of his powers. Eager to return to that lofty perch, he’s hoping to put Woods’ advice to use this week in a situation where both players likely need a top-4 finish to advance to the season-ending Tour Championship.

If nothing else, Day has enjoyed an opportunity to glean some insight from the 15-time major champ without having to consult a glossary.

“It’s been an interesting kind of situation going back and forth with him over the swing, you know how sometimes Tiger will talk in circles and you don’t understand what he’s talking about?” Day said. “When it comes to the golf swing, I completely understand him. It’s actually been quite refreshing that way.”