Day, Williams will get first 'under the pump' test as team 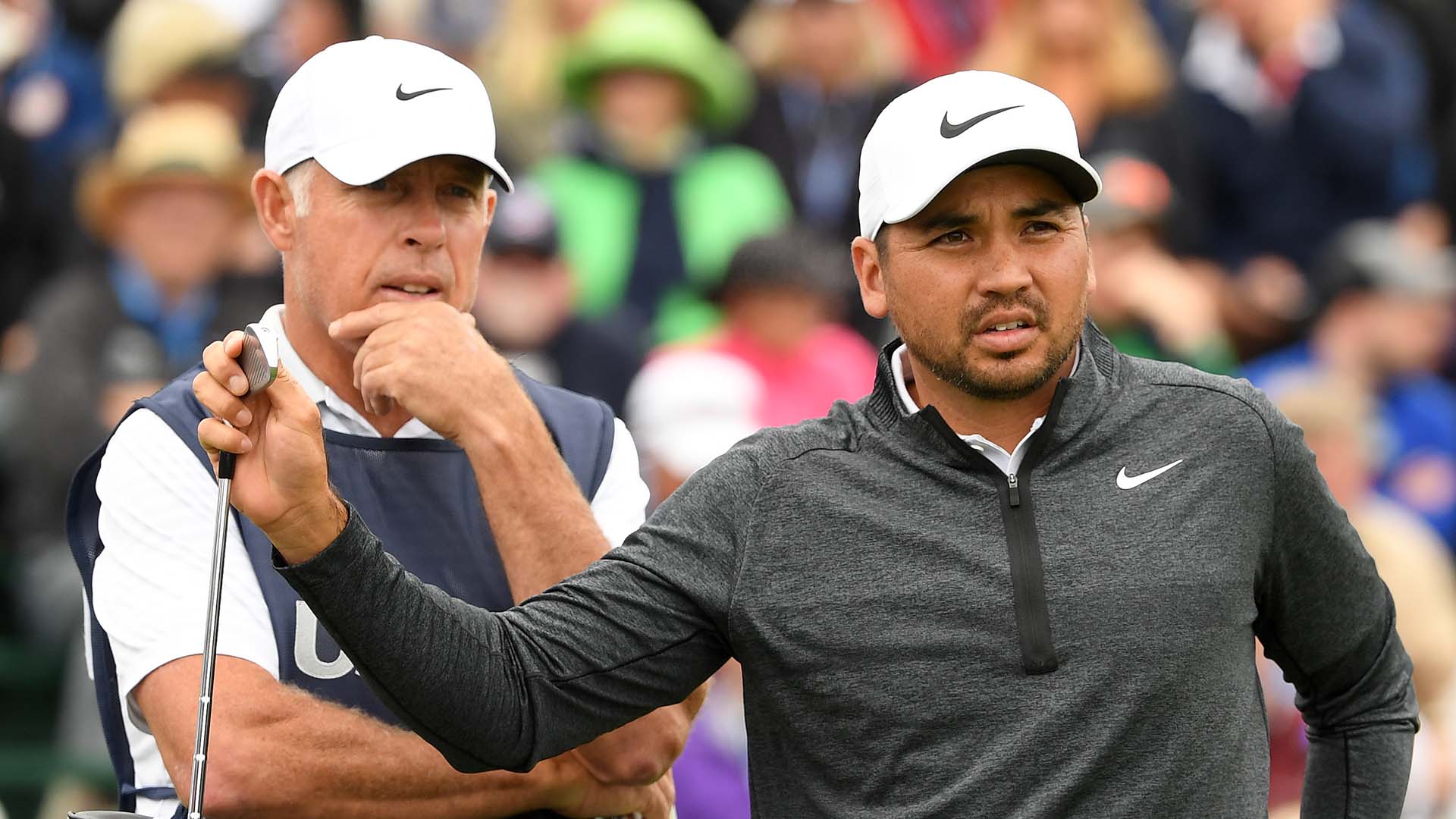 CROMWELL, Conn. – Speaking late Saturday at the Travelers Championship, Jason Day knew he was going to be a long way behind Chez Reavie by the end of the third round.

Reavie did, and when he was done with his assault on the back nine at TPC River Highlands, he found himself six clear of the field, seven ahead of Day.

Still, waiting for Reavie to finish, the former world No. 1 liked his chances.

“Yeah, that margin can dwindle pretty quickly, especially around a golf course like this,” Day said.

The Travelers Championship has not been kind to 54-hole leaders. Only six have gone on to win this event since 2000. And as Zack Sucher painfully demonstrated Saturday, things can change here in a hurry.

Day will start the final round seven back but with only three players – Reavie, Sucher and Keegan Bradley — in front of him. Coming from seven back to win the Travelers is not unprecedented; Brad Faxon did it in 2005 with a final-round 61.

“There are a lot of emotions that come with Sundays,” Day said. “I think Chez, he's been there and won before. Every win is different and how you feel is different.

“I just try and stick to what I'm doing right now and hopefully the chips fall my way. Honestly, I believe I'm striking it the best I have in a long time, if not the best I've ever had, especially in a tournament. I’ve just got to get some putts rolling. I think if I can do that I can kind of run away with it.”

For the third day in a row, Day headed for extra practice after his round, the product of his new partnership with Steve Williams. Together for just two weeks, Day believes he and Williams have meshed quickly, but he acknowledged Sunday will be their first time chasing a win as a team.

“The only thing is that we haven't been under the pump yet,” Day said.

Day was clear that he’ll be leaning “heavily” on Williams in the final round. That’s a new dynamic for Day, but it’s also one of the big reasons he put Stevie on the bag.

“Don't get me wrong,” Day said. “Steve is very intense. … He's caddied for a lot of great players.

“But I'm looking forward to tomorrow. I know that we're still learning and we're trying to understand each other's – the way he caddies and the way I play. It's going to be interesting tomorrow to see how we gel together.”