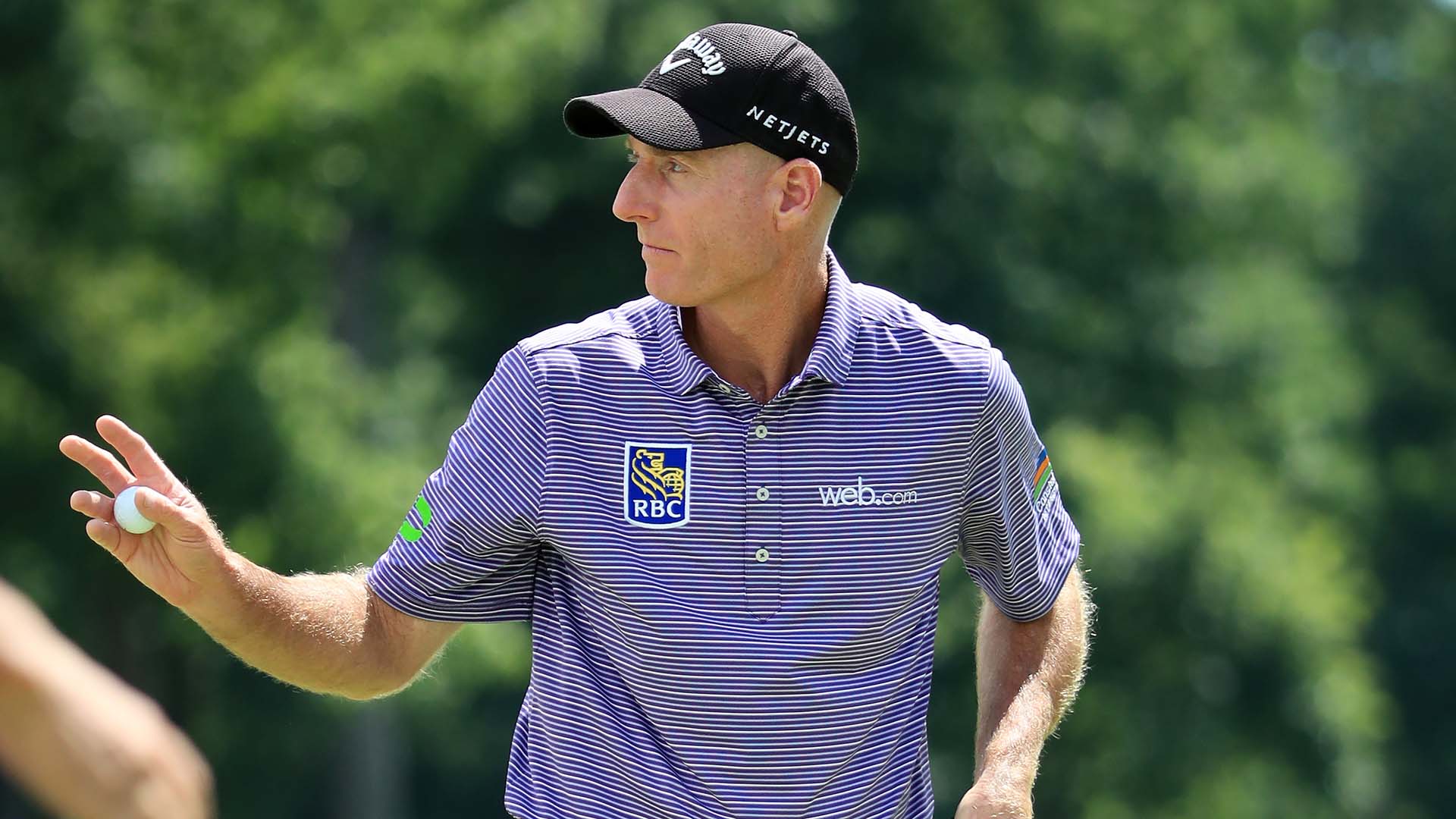 MEDINAH, Ill. – Jim Furyk is at it again outside Windy City.

He vaulted up the early leaderboard at the BMW Championship with a bogey-free, 6-under 66 courtesy of four birdies and an eagle.

“Chicago has been good to me,” he said.

That said, it hasn’t been all sunshine and rainbows. Furyk was a member of the 2012 Ryder Cup team here at Medinah and lost a decisive singles match to Sergio Garcia on the final day, missing crucial putts down the stretch.

In spite of that disappointment, “I've always liked Medinah,” he said Thursday.

After 18 holes, he’s given himself another chance at the BMW Championship and a potential return trip to the Tour Championship for the first time since 2015.

Furyk spent the early part of this year scrambling, trying to qualify for the majors and World Golf Championships. He played six out of seven weeks in the spring, and that’s only because fell just short of qualifying for the Masters, which would have made it seven straight.

Ranked 48th in the FedExCup standings coming into this week, Furyk walked off the golf course projected inside the top 15, with the top 30 moving onto to East Lake and locking up important 2019-20 invites to all four majors and the season’s first two WGCs.

“It's definitely icing on the cake, and from where I've been the last two or three years schedule-wise, I kind of had to play my way into two World Golf Championships and three of the four majors this year. Just missed Augusta,” he said.

At 49-years-and-three-months-old, Furyk would be the oldest player to qualify for the Tour Championship in the FedExCup era, supplanting Kenny Perry (49 years, 1 month), who made it to East Lake in 2009.

“Starting the year ranked [No.] 200, whatever it is, not knowing exactly where you're going to play, it's not the best of situations," he said. "Obviously I want to get in those majors championships. So making it in the top 30 is icing on the cake and it kind of sets you up for the following year. That would be the goal for me.”