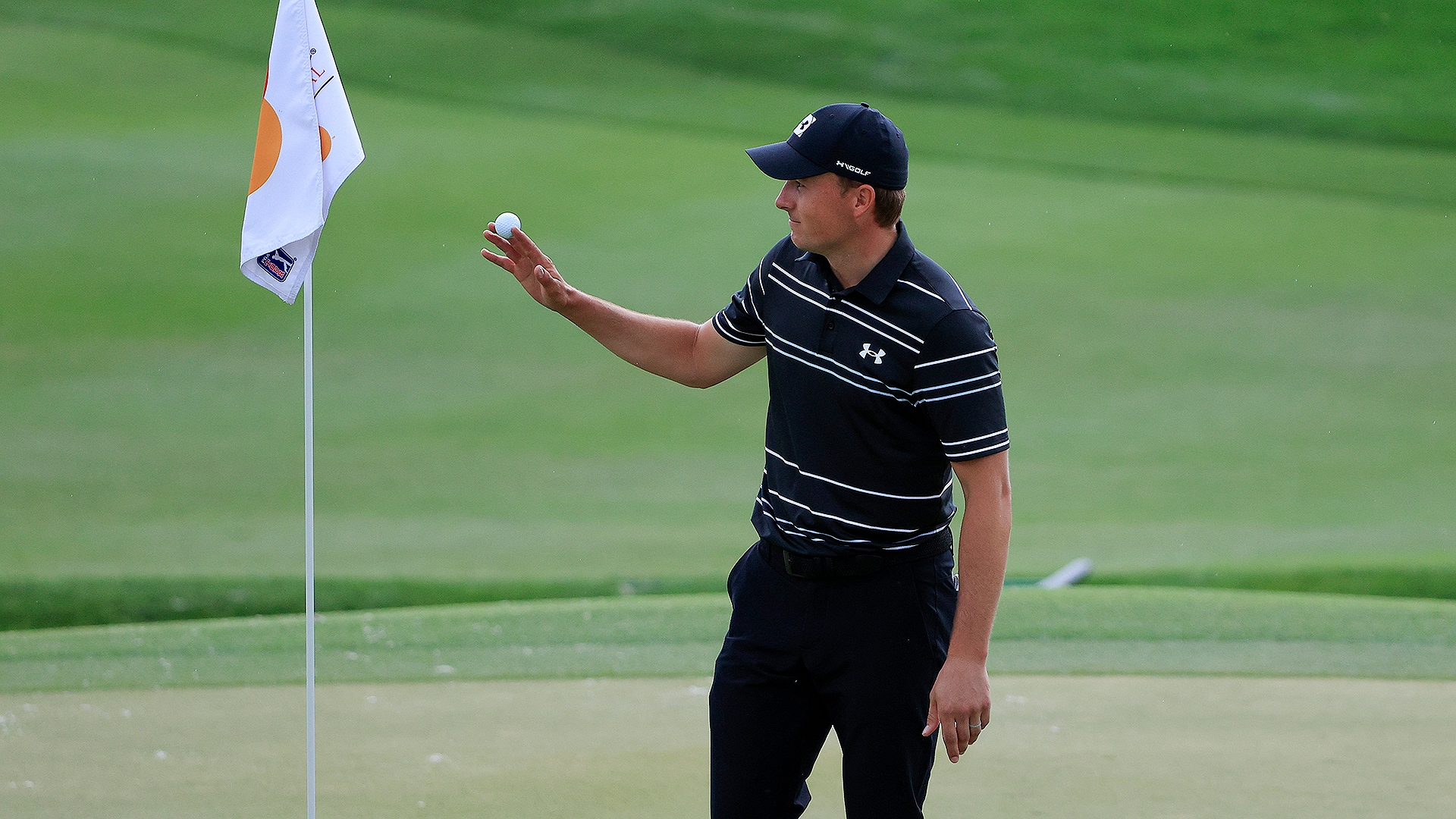 ORLANDO, Fla. – Jordan Spieth got off to a hot start Saturday at Bay Hill.

After sinking a 20-footer for birdie at the par-4 opening hole, Spieth dunked his tee shot from 223 yards at the par-3 second hole. The hole-in-one was Spieth’s third career ace on Tour, following aces at the 2013 Puerto Rico Open and 2015 BMW Championship at Conway Farms.

"I hit a 5-iron, it was 205 front, 220 hole, and the wind wasn't blowing very hard, so I was trying to peel it left to right to hold the wind and land it a little right of the hole. I hit it a little thin but it was right on the line I wanted and knowing that the grass was wet, you get some skid, I thought in the air it was going to be pretty good. Certainly not as good as it was," Spieth said.

Spieth’s birdie-ace start moved him to 8 under, a shot off the lead at the Arnold Palmer Invitational.

He then hit his next shot, a tee ball at the par-4 third, into the water, but he rallied to save par by holing a 32-footer.

The fireworks continued on the next par 3, the 201-yard seventh. No ace this time, but a birdie courtesy a 71-foot bunker hole-out.

Spieth then grabbed sole possession of the lead with this 36-foot birdie putt at the par-4 10th.